LEXINGTON, Ky. (June 27, 2017) — Students at the University of Kentucky are currently wrapping up some of the first research collected on a mid-century neighborhood as part of the nation's first hybrid field school in historic preservation.

UK Department of Historic Preservation’s HP 676: Field Methods in Heritage Conservation was designed to provide online students the opportunity to enhance their studies in a course offering a hands-on experience documenting and interpreting the geographical, architectural, sociocultural, economic and historical aspects of the Greater Gardenside area in Lexington.

The course led by Hudson, which began as part of Summer Session I, was taught in three units. Unit one, May 22-June 1, was taught entirely online and included readings, content videos and assignments designed to prepare students for nine days of field work.

During unit two, June 2-10, students worked alongside visiting instructors employing both traditional and emerging technologies in the field. “It’s (historic preservation) a very interdisciplinary field, so we have a landscape architect, a cultural geographer, an architect, folklorist and archaeologist, who have been coming and giving short lectures about what to do and then we go to the field and actually do it,” Hudson said.

Greater Gardenside is made up of residents of nine neighborhoods in Southwest Lexington, between Versailles Road and Harrodsburg Road, with a total of more than 7,000 households. Established in 1950s and 1960s, Greater Gardenside is home to a wide variety of residents. From the beginning, the community was designed with multi-family housing, single family housing, a shopping center, churches, schools and parks.

In recent years, the Greater Gardenside area has enjoyed a renaissance with developers renovating houses in and around the community and the growth of the Gardenside Neighborhood Association, which has been active in many community projects including the restoration of the bus shelter in the Gardenside Plaza shopping center.

“It’s an area that is becoming really popular right now, and we’re hoping what we're doing will help with planning by using the past to plan for the future,” Hudson said.

The first day in the field, the class did a reconnaissance survey examining the community. “We did a street survey from the ground level trying to learn what different house types are in the area and identifying different important features. Then we moved into one house, a Cape Cod house, which is one of the most common house types,” Hudson said.

As part of their work in the Cape Cod, the students created measured drawings of the house, photographed it, and learned how to read a building and the changes that occurred over time, as well as interviewed its owners — Elizabeth and Gary Hansen, active members of the neighborhood association.

The week also included introductions to and lessons in 3D laser modeling, spatial mapping, ground penetrating radar and digital storytelling to give students various ways to process the intangible culture of their specific environment.

Field school student and architect Michael Hogan of Winchester, Kentucky, recognized immediately the benefits of the field work. Hogan, who earned his master’s degree in architecture from UK College of Design, took the course as part of the online graduate certificate program, which he believes will enhance his skills as an architect while also fitting into his busy work and home schedules as a father.

“What the field school has been able to offer is things like field measuring existing buildings, which is something that I do fairly regularly professionally but never had training (in) specific ways,” Hogan said. “Just being able to be involved with those kinds of opportunities from this field school perspective has already given me tools that I can immediately start employing in my job. We were also able to learn about 3D scanning, and our office has been thinking about that. Being able to see all of that demonstrated is something I can immediately take back to my office and explain the benefits. I think without exception everything is immediately accessible and beneficial to my career.”

Hogan wasn’t the only student in the course hoping to supplement his area of expertise with historic preservations studies. An archeologist, interior designer and a high school senior, who lives in the neighborhood and participated as a paid intern with support of a grant, also took part in the course.

In addition to offering up their home as an example of a popular style of home in the Gardenside community, Elizabeth and Gary Hansen were an invaluable asset to the class. The couple joined the students for their lessons and photographed their activities to keep interested neighbors well-informed of the classes’ day-to-day work via the Gardenside Neighborhood Association Facebook page.

Through this documentation, the couple also helped attract current and former residents to a community meeting held June 10, at Gardenside Christian Church, where the students presented their preliminary findings, as well as copied and recorded objects (plans, photographs, memorabilia from landmarks, etc.) and stories the residents shared to add to the accumulating history and documentation being completed for the neighborhood.

Residents of Gardenside seemed very interested in the UK students’ work from the beginning. “Our Facebook posts are reaching far more people than what we typically have been doing,” said Gary Hansen, a former faculty member of the UK Department of Community and Leadership Development in the College of Agriculture, Food and Environment. “There was a lot of excitement. People in the neighborhood have pride in the neighborhood and welcome the attention that comes from that. Plus, I think as the students were told in one of their presentations, people love learning about where they live.”

A team of instructors helped Hudson and students execute research in the field, including: David Ames, professor emeritus of urban affairs and public policy from University of Delaware; Glen Payne, a graduate of the UK College of Design’s Master of Historic Preservation Program and developer of RuskinARC, a digital tool students used during the reconnaissance survey portion of the course; Josh Ayoroa and Guy Simmons, graduates of the UK College of Design and co-founders of Ayoroa Simmons PLLC; and Ned Kaufman, founder of Kaufman Heritage Conservation. Additionally, Ned Crankshaw, professor in the Department of Landscape Architecture; Kentucky Archaeological Survey Co-Director Kim McBride; Rich Schein, professor in the Department of Geography; and Paul Masterson, shop master in the College of Design, presented lectures that framed the type of work the students would do.

The final unit of the UK hybrid field school, which ends July 30, required students to collaborate to complete a digital documentation report based on the data collected in the field. The report, in the form of a website, will give Gardenside a great resource on their community and its history to which they can continue to add information and data.

In addition to helping the Gardenside community in Lexington, the UK students’ work is some of the first research on these types of 20th century neighborhoods being done in the U.S.

“The National Register of Historic Places is a big part of preservation, and one of the minimum standards of the registry is a site has to be at least 50 years old,” Hudson explained. “There are some exceptions, but typically a house or a district has to be 50 years or older. So, mid-century modern houses, the houses that some of use grew up in are starting to become 50 years old.”

With this new onslaught of properties meeting the National Register standards, historic preservationists are wondering how they will deal with this influx of resources.

“There hasn’t been that much research on house types and that sort of thing. People might know the ranch, but there are different subtypes of ranch, the split-level house, the Cape Cod, etc. So, we don’t have context to put a lot of these buildings in,” Hudson said.

Research, like that collected by the students in the UK hybrid field course, will help future historic preservationists figure out what types of homes, landscape characteristics and intangible culture are significant to the mid-century era.

“What we already found in just a few days, you can see a lot about the culture of the time, the post-World War II era — economic impacts and just how families and communities live together,” Hogan said. “It kind of sets the stage for a lot of really exciting research that I don't think anybody has really done much of before.” 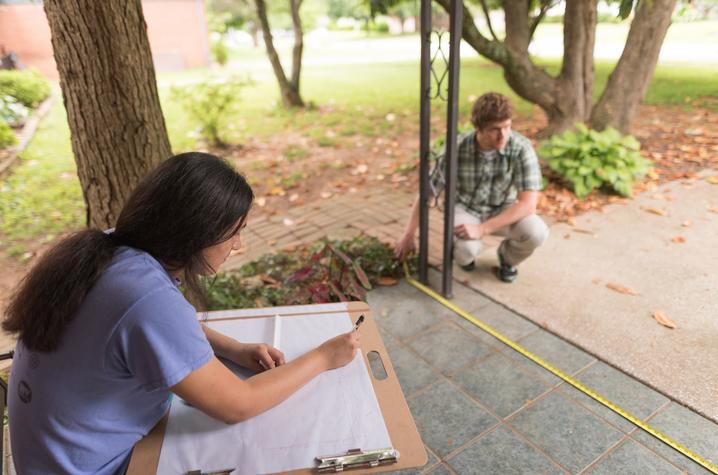 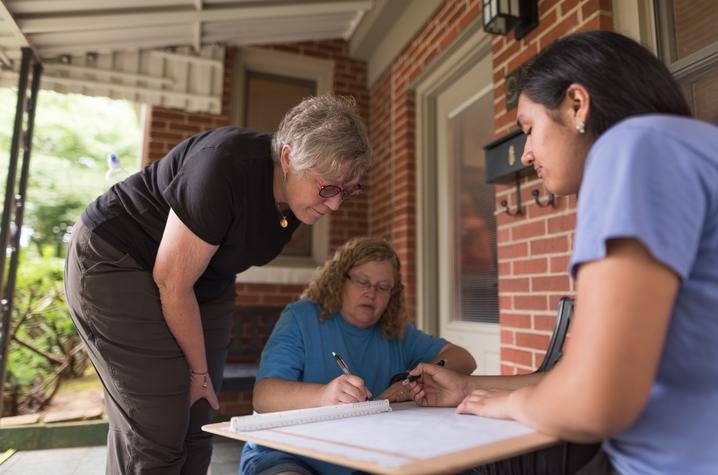 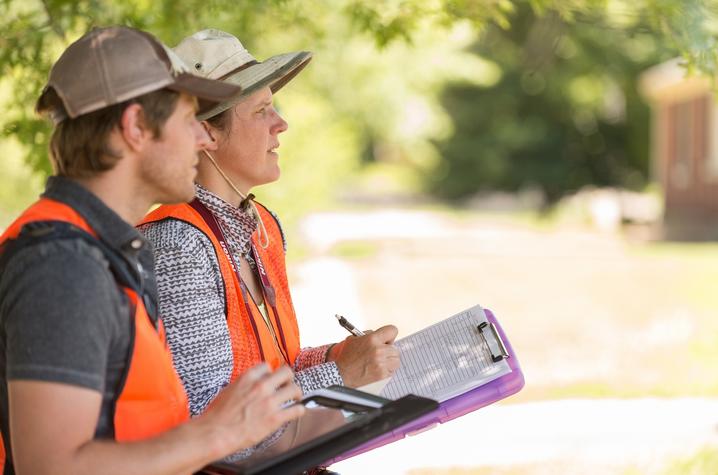 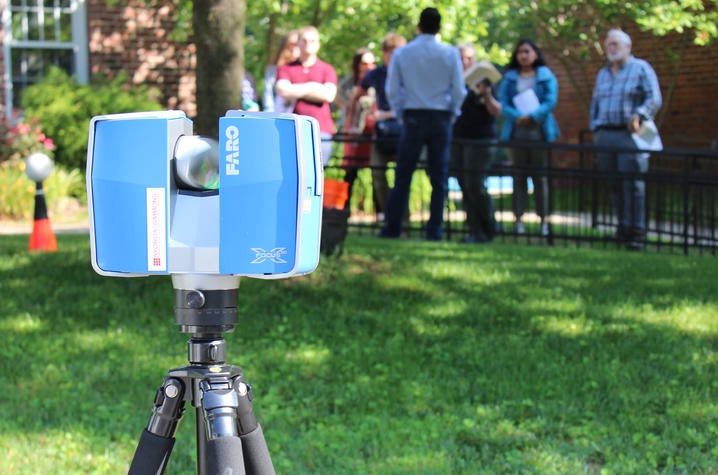 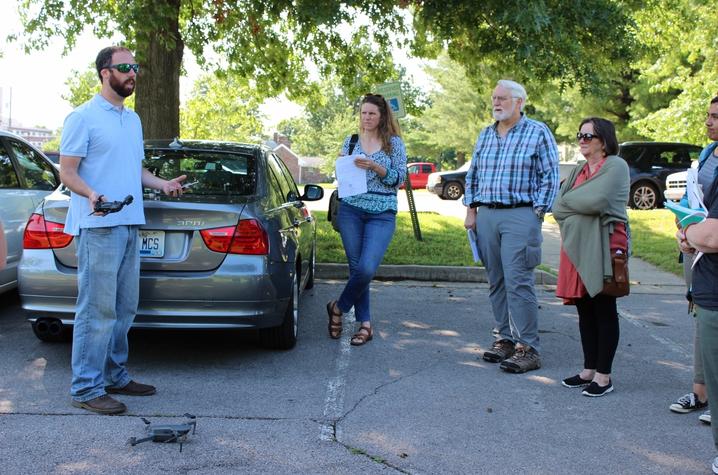 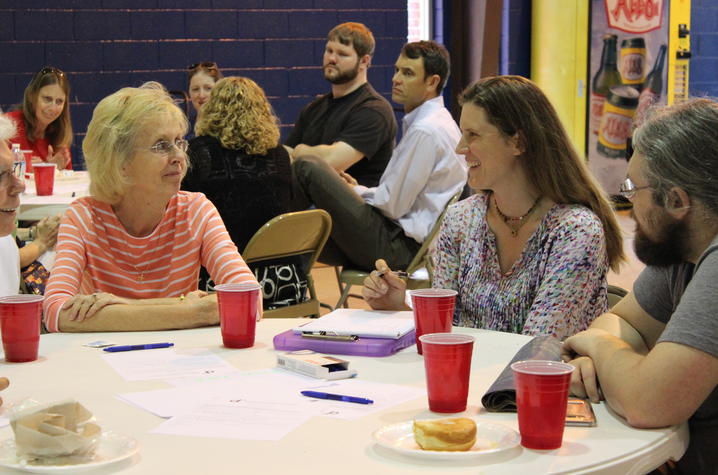 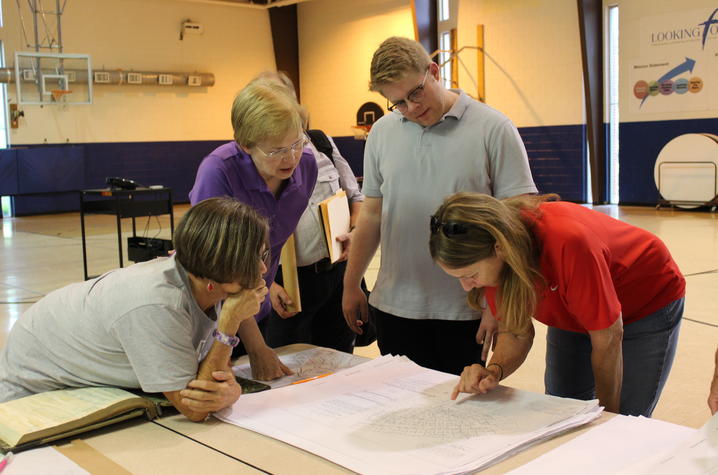 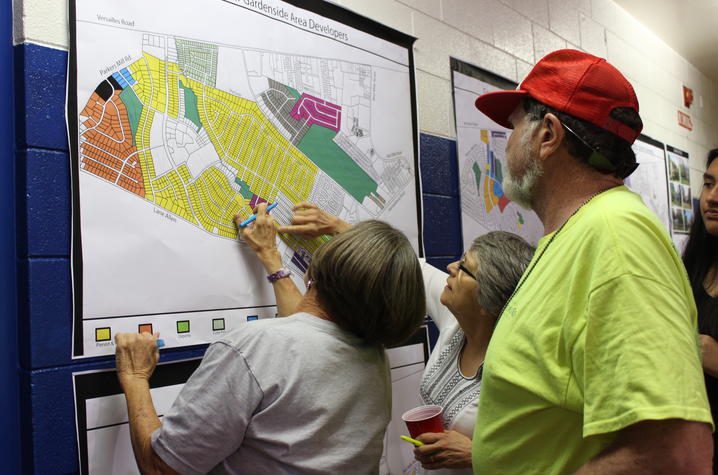