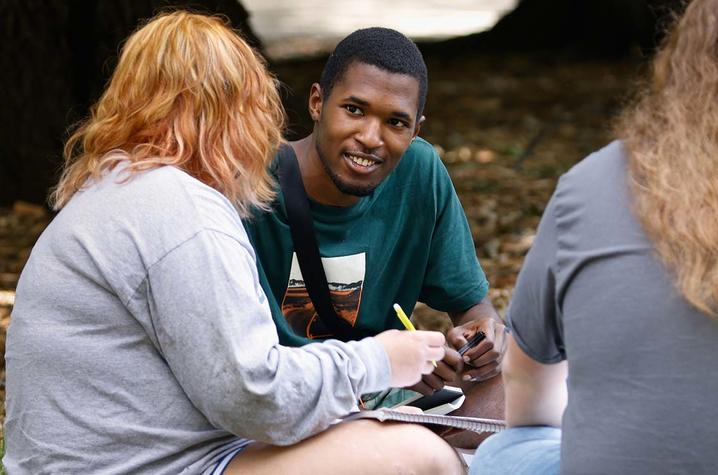 LEXINGTON, Ky. (Sept. 10, 2021) — Building upon record retention and graduation rates, the University of Kentucky will report an all-time enrollment of nearly 31,800 students for Fall 2021, according to preliminary figures released Friday.

The preliminary numbers also demonstrate continued increases in the diversity of the UK campus, with the percentage of underrepresented minorities (URM) reaching 16% of the student body, at a little over 5,000 students, up 6% over the last year alone (URM is the state classification for students of color). Additionally, the preliminary data show an almost 10% increase in the number of graduate and professional students in the UK community, a significant factor in the institution’s overall enrollment growth.

The 31,776 students enrolled as undergraduate, graduate and professional students in Fall 2021 is up 2.1% from last year’s record high of 31,110, UK officials said. This growth continues a more than five-year trajectory of dramatic increases in student success as evidenced by retention and graduation rates.

First-time, first-year enrollment remained basically flat, preliminary numbers show, with 4,764 students enrolled this fall, compared to 4,891 in Fall 2020. That’s two years of enrollment impacted by the global COVID-19 pandemic, UK officials said. About 68% of students in the first-year class are resident students from Kentucky, not radically dissimilar from the last several years.

“We are increasingly a first-choice university for students and families who want an institution that puts their success and their goals first,” UK President Eli Capilouto said in discussing the preliminary figures with the institution’s Board of Trustees Friday. “From access and affordability, to supporting students with the resources they need, to outstanding faculty providing a world-class educational experience, we put students first in everything that we do. These numbers unequivocally demonstrate that commitment to students at every level of what we do.

As we come out of the pandemic, we are well-positioned to strategically grow again as part of our commitment to advancing Kentucky by educating and graduating more students, who are poised to join the workforce and help lead and transform communities.”

A snapshot of retention and graduation rate growth that underpins the record growth includes:

“We have intentionally and strategically designed the holistic and comprehensive support we provide to students at every level,” said Kirsten Turner, UK’s vice president for student success. “The result is lowering barriers of cost for students to help them come to UK and then providing them with the support and scaffolding they need once they are here to help them find their path."

Evidence of this support, UK officials said, is the continued growth and success of first-generation students and students of color as well as increasing numbers of students choosing to transfer to UK. For example, in Fall 2021:

In its previous strategic plan, UK set as a goal graduation and retention rates of 70% and 90%, respectively — numbers the institution is rapidly making progress toward reaching as the university prepares a new strategic plan that the board will consider in October. Those numbers would place UK firmly among the top public institutions in the country. Fewer than 100 (92) four-year public universities (out of several hundred) have a six-year graduation rate of 70% or greater.

“We are making tremendous progress toward our goals,” Capilouto said. “We use these numbers to measure progress but we never lose sight that behind the numbers are our students, their families and the communities from which they come — all advancing Kentucky through pursuing a college education. To that end, we have made — and are making — tremendous progress. There is more work to do. But it is undeniable that we are a place that fundamentally understands our role in making an outstanding education accessible and then supporting and preparing students for success — something our world needs now more than ever.”