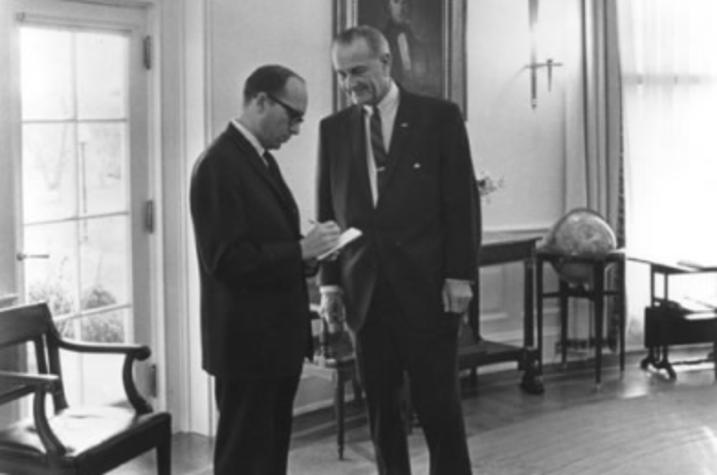 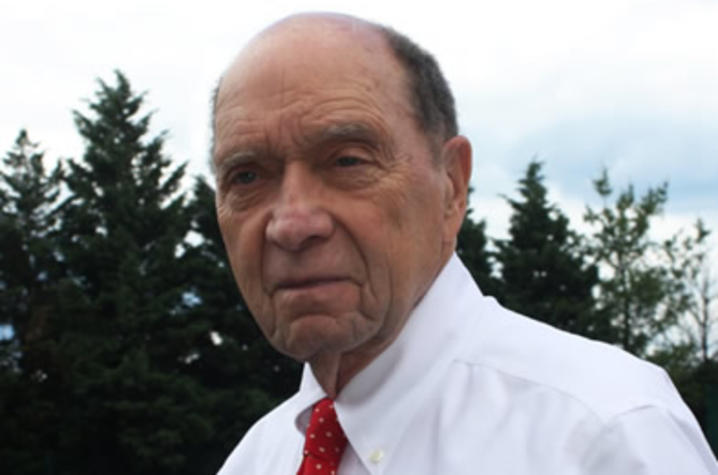 LEXINGTON, Ky. (Sept. 4, 2018) — A journalist in the reporter pool when President John F. Kennedy was assassinated and who was selected to cover the swearing in of President Lyndon B. Johnson aboard Air Force One is the featured speaker at the inaugural Earle C. Clements Lecture-Symposium today (Sept. 4). Presented by University of Kentucky Libraries Wendell H. Ford Public Policy Research Center, the free public talk by Sid Davis will begin 4:30 p.m. in the UK Athletics Auditorium in William T. Young Library.

As White House correspondent for Westinghouse Broadcasting Company in November 1963, Davis was in the Dallas motorcade and heard the shots when President Kennedy was assassinated. He was one of the three pool reporters selected to cover the swearing in of President Johnson aboard Air Force One in Dallas, following the assassination. The other two pool members were Merriman Smith of United Press International and Charles Roberts of Newsweek magazine.

Davis traveled hundreds of thousands of miles covering nine presidents. He made trips with presidents to Vietnam, the former Soviet Union, the Peoples Republic of China, Korea, Latin America, the Middle East and Europe. He has served as program director at the Voice of America and as a guest scholar on media at the Brookings institution.

Davis started as a reporter with WKBN-TV, in Youngstown, Ohio, before moving up to station news director. He is a graduate of Ohio University at Athens, Ohio, where he was inducted into the Ohio University College of Communication Hall of Fame.

The Earle C. Clements Lecture-Symposium is designed to share Earle C. Clements’ legacy with current and future public policy leaders by featuring renowned intellectuals and scholars in the areas of public policy and government. Its purpose is to draw student and community interest in these roles, reflecting a dedication to public life and service that was modeled by Earle Clements.

Clements’ political career in Kentucky included service as a county sheriff, clerk and judge; terms in the state senate and as governor; and terms in both the U.S. House of Representatives and U.S. Senate, where he was a close colleague to the future President Johnson.

The Ford Center is honored to have Davis deliver the first Clements Lecture-Symposium. “The connection between the Clements family and Lyndon Johnson reaches beyond their political ties. So, on the occasion of the inaugural Earle C. Clements lecture, it is even more powerful to host a distinguished speaker who is also deeply connected to Johnson and the politics of that time,” said Deirdre Scaggs, interim dean of UK Libraries and director of the Ford Center.