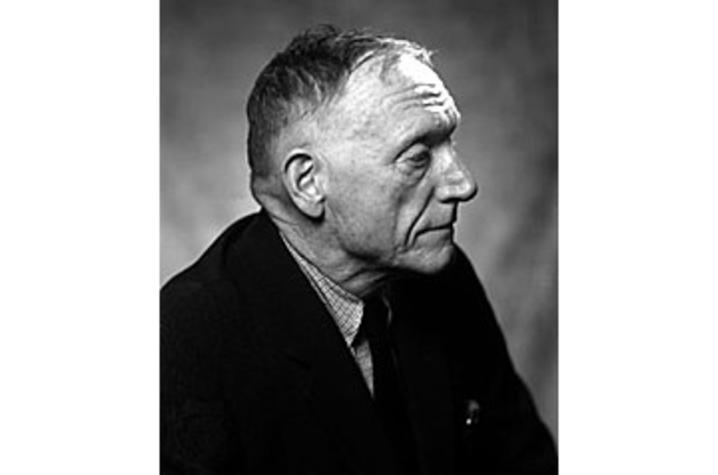 All of the interviews included in The Robert Penn Warren Oral History Archive are available using the university's innovative OHMS (Oral History Metadata Synchronizer) system developed by Boyd. The OHMS technology allows listeners to conduct a textual search of an interview in order to find a corresponding moment in the audio. The oral history projects brought together in this exhibit are a landmark addition to the extensive collections pertaining to Kentucky authors exclusively preserved by UK Libraries Special Collections Research Center.

Robert Penn Warren was a native of Guthrie, Kentucky, and became the United States' first official poet laureate in 1986. The three-time Pulitzer Prize-winner was an essayist, editor and critic, as well as an instructor at many universities, including Yale University, Louisiana State University and the University of Minnesota.

In 1956, Warren wrote “Segregation: The Inner Conflict in the South,” which archives personal conversations with southerners spanning four states, personal interviews, the vilification of segregation, and his personal reflections as a white southern man coming to terms with the region's history. Warren spent many years studying the historical foundation of the American Civil Rights Movement and the true spirit of American democracy.

In December 1964, Warren donated the 43 interviews to UK that he had conducted on reel-to-reel tape with various leaders of the Civil Rights Movement. These tapes include interviews with Martin Luther King Jr., Malcolm X, James Baldwin, Rev. Ralph Abernathy, James Farmer, Vernon Jordan, Whitney Young and many others. These interviews were conducted as research for his 1965 book, “Who Speaks for the Negro?” In his letter of donation to UK dated Dec. 23, 1964, Warren describes the interviews and states, "this, it would seem, is significant research material."

In addition to the digital exhibit, the new KET documentary “Robert Penn Warren: A Vision” draws on this rich collection to help trace Warren’s path as a poet, novelist, scholar and journalist. The documentary premiered Oct. 29 in conjunction with the Kentucky Humanities’ statewide literacy initiative Kentucky Reads: “All the King’s Men.”

Graduate student Emma Kiser was excited to be part of this significant project. “Working with the Nunn Center this summer was a great way to explore my interests in oral history and digital humanities in a meaningful and relevant way. In collaboration with the Nunn Center, I was able to learn how to create a digital exhibit using OHMS and Omeka to enhance access to these oral histories. As a history graduate student, I was able to use my training in a public history capacity.”

Beginning in 1977, the Nunn Center launched an extensive oral history project to document the life and career of Kentucky author and Pulitzer Prize-winner Robert Penn Warren. In addition to oral history interviews with Warren, the project conducted interviews with more than 30 of his friends and colleagues. The interviews were conducted by David Farrell and Susan Allen between 1977 and 1981.

The Nunn Center for Oral History at UK Libraries' Special Collections Research Center is recognized around the world as a leader and innovator in the collection and preservation of oral histories. The center is home to over 11,000 oral history interviews that provide a unique look into Kentucky and American history and represent an irreplaceable resource for researchers today and generations from now. The Nunn Center’s collections focus on 20th century Kentucky history, Appalachia, Kentucky writers, agriculture, black history, the history of education, politics and public policy, the Civil Rights Movement, veterans, the university, health care, as well as the coal, equine and Kentucky bourbon industries.