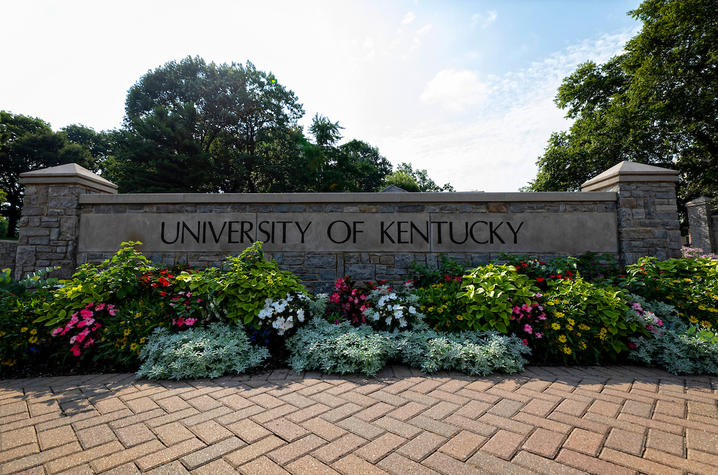 The following op-ed was distributed to publications throughout Eastern Kentucky.

At the University of Kentucky, we look toward the hills and mountains for partnership and meaning, for stronger communities and for a brighter future for our Commonwealth.

Earlier this fall, I joined elected officials from across Eastern Kentucky for the Shaping Our Appalachian Region (SOAR) Summit in Pikeville. It was a gathering underscored by hope and guided by a compelling vision.

In Pike County, there is a high-tech incubator teaching coding to former miners and exploring the power of 3D printing.

And less than a mile from there is the UK extension office where the first fine arts extension program was launched.

It’s one of 120 such offices across Kentucky.

It’s joined by a UK HealthCare system with partners across this region who chase the dream that no Kentuckian should have to leave the state to receive the best of care.

These are examples of how, as the University of, for, and with Kentucky, we are deeply committed to partnering across Eastern Kentucky.

Indeed, we have long been a cornerstone sponsor of SOAR.

SOAR’s blueprint for regional development, in many ways, reads like UK’s blueprint for what it means to be a flagship, land-grant university. SOAR’s imperatives for Eastern Kentucky — a 21st century workforce, broadband, vibrant small business in a global economy, healthy communities and industrial development — are all strategic priorities where UK is working, teaching, researching and healing.

We know that progress can be made with investments in the region’s physical infrastructure, such as modernizing the Mountain Parkway and expanding high-speed wireless access. Through the efforts of SOAR and others, hundreds of Eastern Kentuckians are working as coders and information technology specialists. That is the power of investment in physical infrastructure.

At UK, we also understand the power of another kind of investment: in human infrastructure. And we have taken the necessary steps to strengthen our investment in our students.

First, we know that even just some college leads to average lifetime earnings much greater than what one makes without education after high school. But, too many students leave UK before earning a degree; and they do so for a variety of reasons. In fact, a few years ago we found that almost one-third of students who left UK had GPAs of 3.0 or higher.

What is the best predictor of whether a student will succeed? Financial need.

With $5,000 of unmet financial need, a student’s likelihood of completing their degree drops by several percentage points. So, in 2016, we began identifying students with unmet need and providing financial grants through a program called UK LEADS.

For the last three years, graduation rates at UK have grown to their highest levels ever, which has largely been driven by our efforts to close the financial need gap. And last year, the level of unmet need reached its lowest since 2013.

But we are not finished. In Kentucky alone, students have some $60 million in unmet financial need. In the Appalachian counties that are the focus of SOAR, that need is about $9.5 million.

If we close the gap, more students will succeed, and more will be driven to work in communities throughout Eastern Kentucky toward a future that is wildly possible. As part of our Kentucky Can fund-raising campaign, we are raising $300 million to fund scholarships.

You invest in what works.

Second, we are preparing students for careers that are not yet imagined: opportunities they will create with the adaptable skills they will gain at UK. This fall, as a result of efficient business procedures, we were able to fund a program that provided an Apple iPad Air to each of our more than 5,300 first-year students.

We know that technology is fundamental to a student’s success. That is why we want a level technological playing field, where every student can use the same tools, learn together and collaborate. These skills are essential as they enter the workforce and become entrepreneurs who may go on to create a non-profit or the next high-tech company located in Kentucky.

More than 500 students from SOAR counties are among those who received this technology.

Finally, as I travel the state, I find that almost everyone I meet knows someone touched by the scourge of opioids. More than 47,000 Americans died of an opioid overdose in 2017. And recently, Kentucky ranked fifth in the United States for opioid overdose deaths.

It is a disease, not a failure of character.

In April, Kentucky was one of four states granted an award from the National Institutes of Health. At nearly $90 million, the largest grant in UK history aims to decrease opioid deaths in Kentucky by 40 percent in three years. Two weeks ago, we were joined by Senate Majority Leader Mitch McConnell, Health and Human Services Secretary Alex M. Azar, Director of the National Institutes of Health (NIH) Francis Collins, and congressmen Hal Rogers, Andy Barr, and Brett Guthrie to officially launch the implementation of our work.

Our researchers are partnering with entities across Kentucky, declaring in a single voice that it is time to end the suffering.

That unshakable belief in what’s possible is what SOAR represents.

It’s what guides us as we look toward the hills and mountains for partnerships to build a brighter Kentucky future.