LEXINGTON, Ky. (July 18, 2011) — In 2006, rising University of Kentucky senior Melanie Inman walked away from a full-time government job with benefits and steady pay to finish her undergraduate degree at UK.

Inman's story is far from typical. She arrived at UK seeking a degree in elementary music education in 2000. After dropping out in 2001, she returned to school five years later, with a 1-year-old old daughter, beginning classes towards a social work degree.

"I realized that would be answering the phone and stuffing envelopes for the rest of my life if I didn't make a change," she said. "My child saved my life. Education is an exit out of poverty, and I spent years thinking that I couldn't do it."

Inman said she found out about social work from a social worker she met at a local gym, and she immediately knew that the degree was for her.

"I had never heard of social work as a career path. There's a misconception about the field," she said. "Anybody that wants the opportunity to affect lives locally, statewide or federally should be in involved in social work — a profession focusing on social justice and social change."

From the day she arrived on the sixth floor of the Patterson Office Tower, Inman has been a powerful advocate for social work education and research at UK.

"Who understands society more than we do as social workers?" she says. "We're there to empower people."

While Inman has worked in many capacities with the College of Social Work, it was her Women and Philanthropy research scholarship with the Center for the Study of Violence Against Children (CSVAC) that really changed her life.

"Women and Philanthropy has opened so many doors for me," Inman said. "What a wonderful and powerful group of women. I am so glad that Ms. Patsy established that network."

The scholarship allowed Inman the opportunity for an internship at CSVAC that fall and a practicum that spring, where she began conducting research on attention problems and trauma in preschool-aged children.

"Children exposed to trauma sometimes have behavioral issues that manifest as attention problems," she said. "Clinical measures used to screen for trauma should be required to assess whether or not the child is experiencing symptoms associated with post-traumatic stress disorder."

Inman, who hopes to be published as an undergraduate, thinks that her research could affect the way society approaches ADHD.

"Trauma is more than domestic violence," she said. "Trauma could be community violence, bullying, or a major accident, such as a car wreck. Not everyone defines trauma the same way."

According to Inman, the federally-implemented National Child Traumatic Stress Network estimates that over half of all children aged 0-7 have experienced at least one traumatic stressor in his/her life. ADHD diagnosis typically begins around seven.

"With this alarmingly high rate of trauma exposure, I can't help but wonder how many children are being treated for attention problems when in reality they are displaying symptoms of PTSD," Inman said.  "It's time to start talking about this."

With a similar vigor, Inman lauds the benefits of a social work degree. "It feels good to contribute and create change," she said. "There's more to social work than child professional services. We're involved in schools, the community, the military, therapy, counseling and the mentally ill."

Social work professors like Karen Badger are more than educators to students like Inman. "Our professors are therapists," Inman said. "The principals of social work are based on human relationships, and that philosophy continues in the classroom."

Classes are personal, small and intimate. "We know each other on a first name basis," Inman said. "And I've been exposed to all aspects of agency work through my classes — on a micro and macro level."

The future is bright for Inman and her daughter, Aria, who is now 6 and will enter first grade this year.

"Every day is rewarding, especially if you have a big heart and the desire to empower others," Inman said. 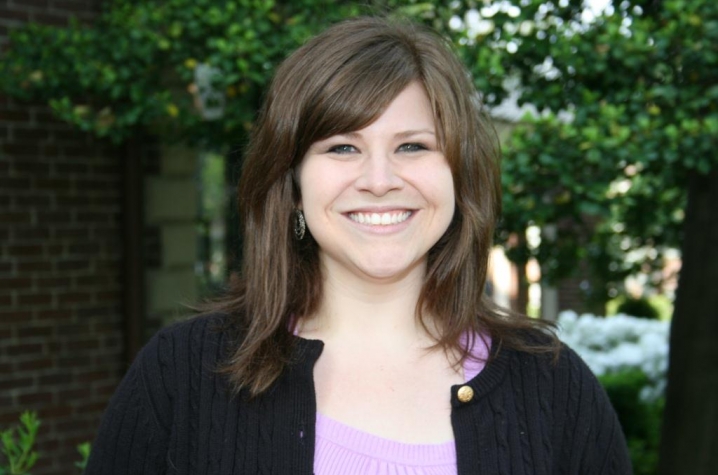