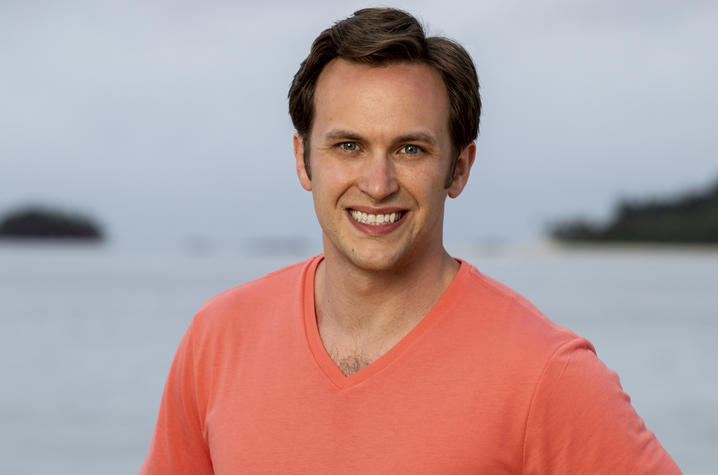 Nick Wilson was announced Wednesday as one of the cast members of the show’s 40th season.

LEXINGTON, Ky. (Dec. 20, 2019) — Last year, Nick Wilson outwitted, outplayed and outlasted 20 competitors on the 37th season of "Survivor." The University of Kentucky alumnus claimed the title of "Sole Survivor" and the $1 million prize on the season finale. Now, he will be returning to the hit CBS competition in hopes of claiming victory once again. And this time, there's more at stake.

On Wednesday, the network announced Wilson as one of the cast members of the show’s 40th season, “Survivor: Winners at War," which will pit 20 former winners against one another for the largest prize in reality TV competition history — $2 million.

"It was a quick turnaround to play again so suddenly. But it was a no-brainer for me to say yes, because I could never turn down a chance to play with these legends," Wilson said on social media. "As a super-fan, I am honored to take on my idols in an attempt to show that I am also one of the greatest 'Survivor' players to ever play the game."

During the 37th season, Wilson won three immunity challenges — guaranteeing him a spot in the final three. Before being chosen as the winner, Wilson's pitch to the jury highlighted his underdog story.

On the premiere last year, Wilson revealed he was raised in the "hollers of Eastern Kentucky." With a thick southern accent and appreciation for small town life, the Whitley County man feels he is often underestimated. "Eastern Kentucky suffers from a poor economy and a drug epidemic, both of which have affected me personally," Wilson said. "When I was growing up, I didn’t have someone to tell me how to apply for college or how to become successful. I figured it out by doing it."

Despite humble beginnings, Wilson has always chased and achieved great success. A first-generation college student, he graduated from UK in 2013 with a bachelor's degree in political science. During his time at UK, Wilson participated in WilDCats at the Capitol, where he was an intern for Congressman Hal Rogers. Wilson was also a member of Kappa Sigma fraternity.

"When I arrived on UK’s campus in 2009 as a 19-year-old, I was a fish out of water," Wilson said. "However, I was determined. I would never forget the small town, more laid-back lifestyle that I had grown up in, but I was excited to expand my horizons, to learn more about other places and cultures within the state of Kentucky and beyond."

Wilson refers to his education as his slingshot — the tool that helped him find his way, even when times were tough. In 2013, he was accepted into the University of Alabama School of Law. Just one year later, Wilson lost his mother to substance use disorder.

"My mother’s passing helped me realize that there were more important things than to use my success for my own personal riches. I began to feel a duty to my community, and I felt a responsibility to return home and help in any way I could," he said.

Upon graduation, Wilson became a public defender in Williamsburg. In this role, he is working to combat the opioid epidemic — by helping those at the heart of the issue. "I hope that I am making a difference for those people and their families. I truly believe that if there is a breath left in someone’s body, that life is worth fighting for."

Wilson channeled that steadfast determination on "Survivor." Throughout the competition, he relied on life lessons from his time at UK. "It helped me grow from a country boy, who was fun to be around, into a man who understands how to relate to others and connect on a deeper level. This is a skill that is crucial in 'Survivor.' 'Survivor' is a game of relationships, and these social skills that I learned at UK are what help me build relationships."

During the final vote, those relationships ultimately helped Wilson claim the grand prize. Now, he hopes to relay an important message to the "Davids" of the world.

"I hope that people see, you should never give up: not on your dreams, not on those you love, and not on what you want to achieve," he said. "Always fight for what you want to earn. Diligence is rewarded with success. And, most importantly, never forget where you came from. Go Cats!"

The new season of “Survivor," featuring Wilson for the second time, will begin Feb. 12.