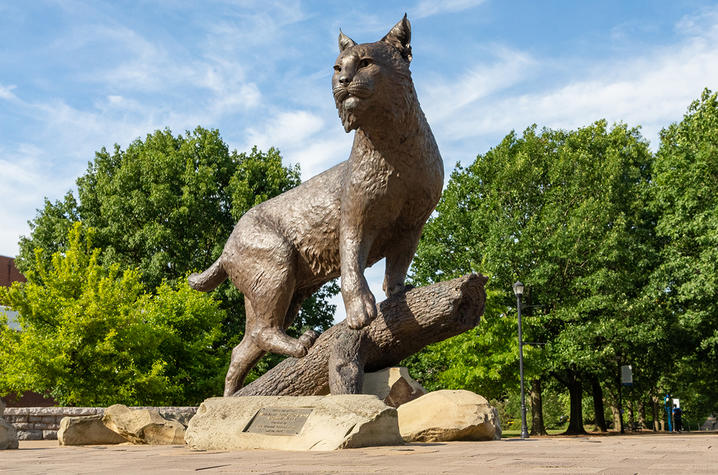 LEXINGTON, Ky. (June 21, 2019) — Three individuals have been chosen by the University of Kentucky as recipients of honorary doctorates in the near future. Doris Wilkinson will be honored at a special campus event on Aug. 30; Lexington resident P.G. Peeples will receive the honor at the UK Commencement ceremonies in December 2019; and alumnus F. Joseph Halcomb III will be recognized during the May 2020 Commencement. The honorees were approved by the UK Board of Trustees today.

Wilkinson, one of UK’s first three African-American graduates, will receive an Honorary Doctor of Humane Letters from UK Aug. 30 during UK's recognition of 70 years of integration. Wilkinson went on to earn a master’s from Johns Hopkins University and master’s and doctoral degrees from Case Western Reserve University. She returned to UK in 1958 as the university’s first full-time African-American faculty member, a pioneer and role model for the university and the Commonwealth. Wilkinson is the founder and first director of the African-American Studies and Research Program (now the Program in African American and Africana Studies) at UK and creator of the African-American History Trail in Lexington. She established the Forum for Black Faculty, the Carter G. Woodson Lecture Series, and the Black Women’s Conference. As an educator, researcher and author, Wilkinson contributed significantly to the study of sociology, including articles and books on social theory, race, class and gender.

A native of Lynch, Kentucky, Porter “P.G.” Peeples graduated from UK in 1968. He will receive the Honorary Doctor of Humane Letters at the December 2019 Commencement ceremonies. At the age of 22, he was named the director of the Lexington chapter of the Urban League in 1969, becoming the youngest director in the United States. Peeples has been a champion and advocate for the disadvantaged of Lexington, focusing on the basic needs of community members, such as housing, sustainable employment, education, and fundamental fairness. He has provided leadership to UK, the Blue Grass Community Foundation, Saint Joseph Hospital Foundation, the Kentucky Housing Corporation, the Kentucky Civil Rights Commission, Commerce Lexington Minority Business, Kentucky Community and Technical College System, and the Fayette County Public Schools Equity Council. His impact on the Lexington community is profound.

As a UK freshman in 1969, Dr. F. Joseph Halcomb III began his academic career with a visionary concept that few had ever imagined. Combining a bachelor’s degree in mechanical engineering and a medical degree, he became a pioneer and innovator in the groundbreaking field of biomedical engineering. With a graduate degree in mechanical engineering at MIT, Halcomb began his career in the orthopedic industry, developing joint replacement implants and other medical products that have changed the lives of millions. His contributions to modern medicine and joint replacement surgery have had global application. He was a senior executive with the world-leading medical device company Zimmer Biomet, until he was recruited by Amgen, one of the earliest biotechnology companies, to apply his medical device expertise in building a venture in cell therapy and the development of a number of drug products. As Amgen’s vice president, he directed a team that launched revolutionary products that benefited countless patients worldwide. Halcomb will be presented with an Honorary Doctor of Engineering at UK's May 2020 Commencement.