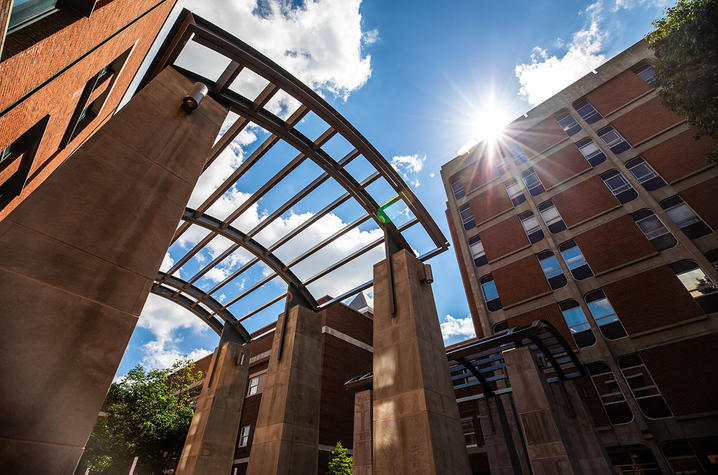 LEXINGTON, Ky. (May 4, 2021) — Henry Vickers spent the majority of his life as a public servant working in civil engineering, and now, his memory will live on in the engineers of the future.

Accepted by the UK Board of Trustees, Vickers’ recent gift totaling more than $1 million will support the existing Henry C. Vickers Endowed Scholarship Fund in the College of Engineering at the University of Kentucky.

“We in the UK College of Engineering believe engineers play a crucial role in creating a world that works,” Dean Rudy Buchheit said. “I am gratified that Mr. Vickers not only felt the same way about the engineering profession, but also generously provided the college with an endowment that will enable more of our students to concentrate their effort on becoming excellent engineers.”

Established in September of 2015, the fund supports students majoring in civil, mechanical or electrical engineering. While all Kentucky students are eligible, preference is given to applicants from McLean County or Hopkins County, Kentucky.

For many high school students, college can be financially daunting. The combined costs of tuition and living expenses threatens to exclude more and more hard-working students from receiving an engineering education.

Born and raised in McLean County, Vickers understood this struggle all too well.

A dedicated student, Vickers persevered and graduated from UK in 1959 with a bachelor’s degree in civil engineering. He went on to earn a master’s degree from the Massachusetts Institute of Technology.

Vickers also worked to fund scholarships for students whose financial situations would prevent them from earning a degree.

“UK is most grateful for Mr. Vickers’ extraordinary philanthropic generosity,” J. Ford Stanley, assistant vice president for major gifts, UK Philanthropy, said. “The Henry C. Vickers Endowed Scholarship will help well-deserving students from our Commonwealth pursue their dreams of studying civil, mechanical or electrical engineering, and through his scholarship, Henry Vickers’ legacy of generosity will live on, as he planned, to accomplish his dream of positively impacting generations of our students.”

Additionally, Vickers was a devoted civil servant — spending his entire career with the U.S. Army Corps of Engineers. He worked on various projects, including the infrastructure at Wright Patterson Air Force Base. Upon retiring, Vickers lived in Evansville, Indiana until his death.

An additional gift of approximately $1.3 million is expected from Vickers’ estate — for an anticipated total gift of more than $2.3 million.

You can learn more about scholarships available to UK Engineering students here.