LEXINGTON, Ky. (Feb. 4, 2020) — It's a weeknight in Chicago. The city streets and sidewalks are crowded — filled with the hustle and bustle of people making their way home for the evening.

How do you define home?

For some, it's a lavish penthouse with a spectacular view. For others, it's a much smaller, overpriced apartment. But for hundreds of the city's at-risk youth, the meaning of home is far less traditional.

In a boxing club on Homan Avenue is where these teens feel safe.

There's a story behind every dodge, duck, bob and weave — a journey filled with more tribulations than triumphs. At the front of the class is a young man who's attempting to take the fate of Chicago's most vulnerable adolescents into his own hands.

He too has a story.

"There were times when the lights would be turned off," Jamyle Cannon recalled. "To think, we were so poor we don't deserve water or electricity — that's an experience that stands out about my childhood."

Cannon vividly remembers the challenges that came with growing up in a low-income neighborhood in Lexington. At a young age, he knew what it meant to struggle. Cannon often felt helpless as his family battled poverty and addiction. Those struggles made him question his place in this big world, and that uncertainty — about who he was and where he belonged — lead to angst.

"I definitely had anger issues."

In every sense of the word, Cannon felt like he had to fight — for himself and his family. He refused to let unfairness and inequality knock him down. "Fighting is really a part of me. I knew how to behave in school and in front of adults, but I was fighting when I was away from those influences."

Cannon followed his fists down a rocky road. At the age of 12, he had to undergo court ordered anger management classes after getting arrested for a fight.

But there was one person whose positive influence outweighed Cannon's urge to fight for all the wrong reasons. "The spirit of the grind — the spirit of the hustle that my mom exhibited is a staple of my upbringing."

Cannon's mother single-handedly raised him and his three siblings. There were many days she would ride the bus with them to school, and when there wasn't enough fare left for herself, she would walk to work. If that wasn't tiring enough, Cannon's mother would also walk to her college classes.

With each step, she was walking toward a new path — a life that would inspire her children to do more, to be more.

When Cannon was 14, his mother graduated from the University of Kentucky. And the lights were never turned off again.

"When she graduated with a degree in social work, I watched our lives change almost immediately," he continued. "I wanted to follow in her footsteps, and I wanted to continue that upward trajectory."

Fast forward four years — Cannon kept his promise. In 2006, he enrolled at UK and declared social work as his major.

Living up to his own expectations was a daunting task. One day, when the pressure felt too overwhelming, Cannon walked into the boxing gym on campus. "It felt like a family. One of the most difficult things I faced was finding a group of people to connect with," he said. "It gave me a sense of belonging — it gave me sense of purpose."

Cannon started boxing competitively. To say he was talented would be an understatement. In 2009, Cannon was named National Collegiate Boxing Champion. But during his time at UK, he gained something even more valuable than titles and trophies.

"Fighting in nationals took me on my first flight. It led me to parts of the country I’d never been before. It got me out of my sheltered world."

As UK expanded Cannon's knowledge of the world, he realized other children were encountering education inequality — just as he once had. That's when he began a never-ending pursuit to create change. In 2010, Cannon graduated with a bachelor's degree from the UK College of Social Work and joined Teach for America.

In 2012, equipped with a master's degree in secondary education, Cannon moved to Chicago's west side. He was told 47% of the men in that community were in prison or on parole. Teens disheartened by generational poverty, academic neglect and the trauma of community violence turned to the streets. In an effort to break the cycle, Cannon helped found a charter school. In addition to teaching, he also became the basketball coach.

"I cut 58 kids on the first day." Because they lacked the grades and skills to participate, Cannon had to turn them away. "I recognized; we need to do better by the kids."

Cannon reverted back to what he knew best — fighting. This time, it was for all the right reasons.

Cannon launched a boxing club. What started out as a small group of students learning a few moves in his classroom, grew from 10, to 20, to 40 and so on. As their kicks and jabs got more impressive, so did their grades.

"We started bringing in tutors to help them out, started to have mandatory study sessions, and we also expanded the program to include kids from all over the community."

When the program got too popular to be held within the charter school walls, Cannon opened The Bloc. The nonprofit — now in five schools — uses boxing as a hook to get kids in the door and then provides them with tutoring and mentorship.

"Kids come to us to learn how to fight — that’s what they walk in the door for, and we recognize we have to harness that urge," Cannon explained. "We need to turn it into something positive and give them pathways to success."

Since 2016, the co-ed program has helped more than 300 students. Even more notable, the group has maintained a 100% high school graduation rate and 100% college acceptance rate among participants who apply.

Cannon already has multiple college visits planned for this year.

Cannon's remarkable efforts to right wrongs has earned him a new title. In addition to being a teacher, coach and mentor, he has most recently been named a CNN Hero.

“We are so very proud of Jamyle, the work that he has done and, perhaps most importantly, the lives that he has positively impacted,” Jay Miller, dean of the College of Social Work, said. "He is a testament to our college and the university. And I am thrilled that his impact has been honored in such a positive way.”

CNN Heroes has been spotlighting the impactful work of people across the world since 2007. When asked if he feels like a hero, Cannon said, he is simply "doing his part."

And doing his part is far from glamorous.

"Most days, I feel like I'm chasing my own reputation."

It's a weeknight in Chicago. Cannon will walk inside his boxing club on Homan Avenue and most likely be confronted by a combative 15-year-old and a crying 10-year-old. They have a story to share — he will listen.

Cannon doesn't claim to have the solutions to all of their problems. But he knows those kids — the ones who have been overlooked and underestimated — are worth fighting for.

Perhaps, that's what makes them feel at home. 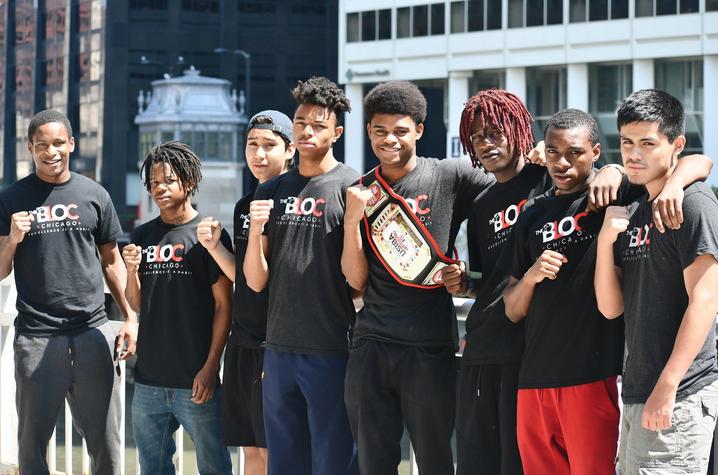 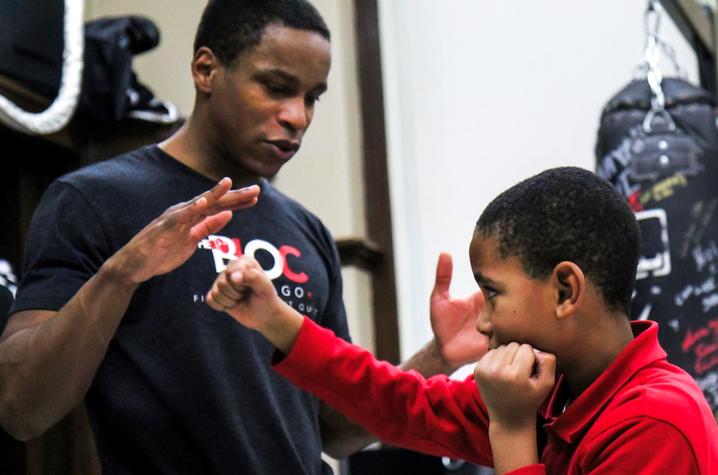 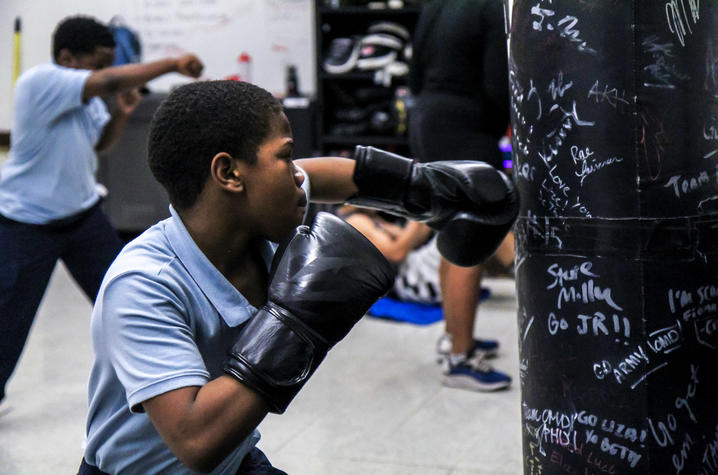 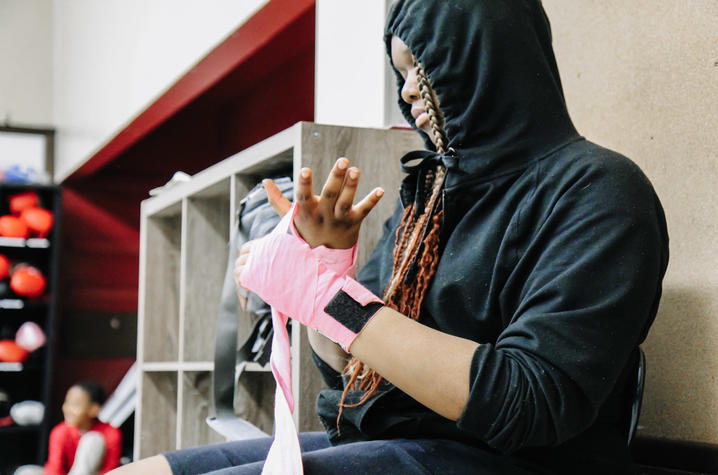 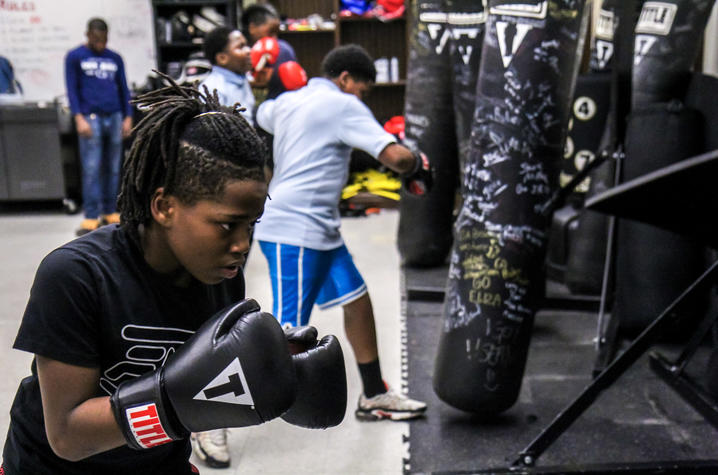