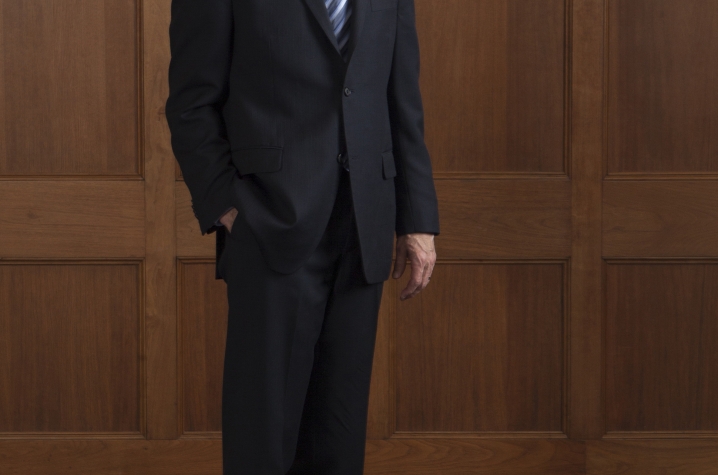 LEXINGTON, Ky. (Jan. 16, 2015) – University of Kentucky alumnus Earl F. Martin, a graduate of the College of Communication and Information and College of Law, has been selected as Drake University's 13th president. Martin will begin his term as president on July 1, 2015.

Currently serving as the executive vice president of Gonzaga University in Spokane, Wash., Martin graduated from UK with a bachelor's in communication in 1984.

“We are very pleased that Marty Martin has been named the next president of Drake University. We wish him and Laura the best as they start a new journey in Des Moines," said College of Communication Dean Dan O'Hair.

Martin later went on to receive his juris doctor degree from the College of Law in 1987.

“The University of Kentucky College of Law is pleased that 1987 alumnus, Earl F. Martin, has been named the President of Drake University. We believe his leadership position at Gonzaga and faculty role at Texas Wesleyan Law School have prepared him well for this new appointment and we wish him all the best in his future endeavors," said College of Law Dean David Brennen.

An experienced leader and educator, the alumnus first began his career as an active-duty U.S. Air Force staff judge advocate officer, retiring as a lieutenant colonel in 2007 after dedicating 12 more years to the Air Force Reserves.

Martin began his career in academics at Texas Wesleyan University School of Law as a professor and associate dean for academic affairs. The alumnus then spent five years dean of Gonzaga's School of Law, and has served as Gonzaga’s executive vice president since 2010.

“I am honored and humbled to be joining the Drake community at such an important and exciting time for the University,” said Martin in a Drake University press release. “Drake is an exceptionally welcoming institution committed to its mission of preparing students for meaningful personal lives, professional accomplishments, and responsible global citizenship. I look forward to working with the Board of Trustees, students, faculty, staff, alumni, and friends to ensure that Drake is positioned to thrive in the 21st century, a time that will continue to be marked by great change and innovation.”