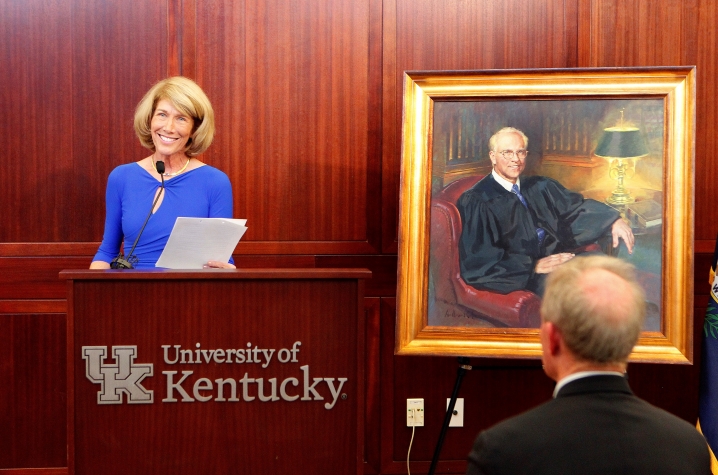 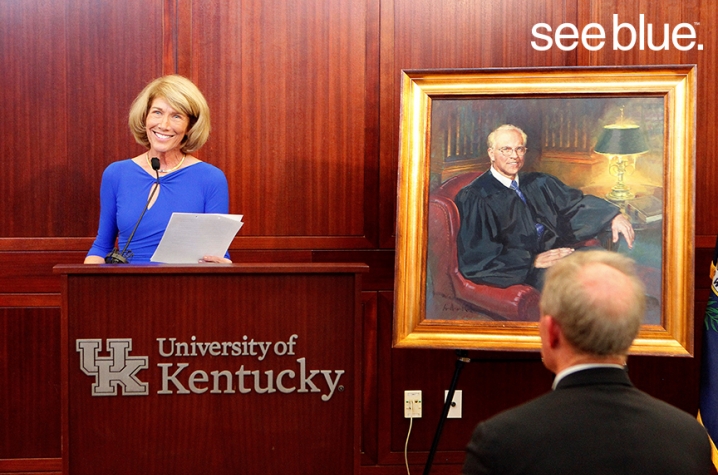 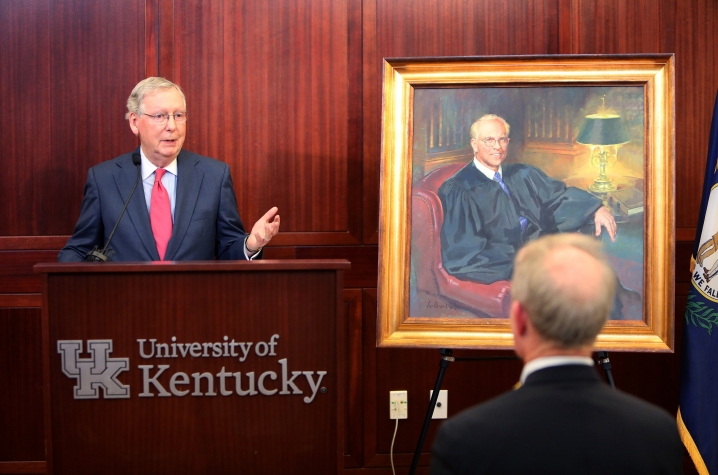 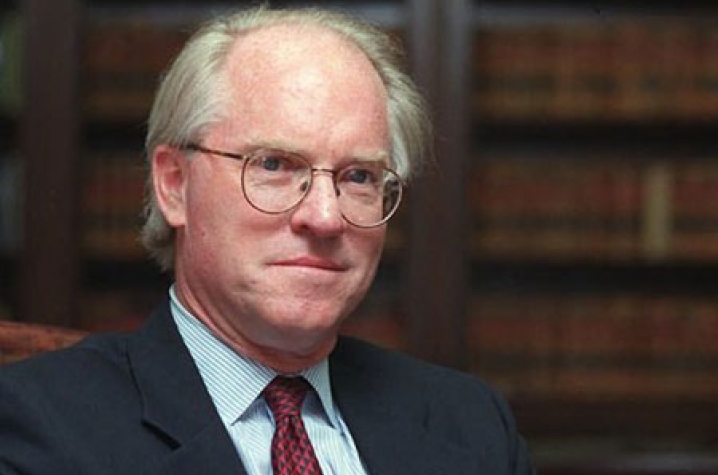 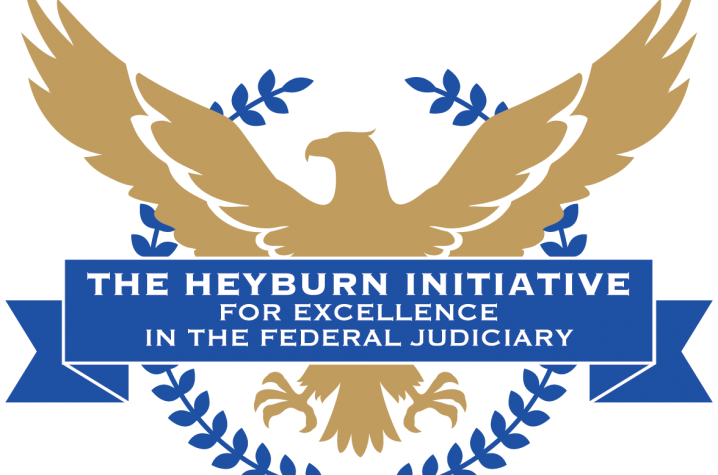 Coverage of the Heyburn Initiative announcement at UK on Oct. 10, 2016. Video produced by UK Public Relations and Marketing.

The Heyburn Initiative for Excellence in the Federal Judiciary, in partnership with the UK College of Law and UK Libraries, will establish an archives and oral history program for Kentucky’s federal judges and a national lecture series on relevant judicial topics. It also will play host to federal judicial conferences.

"The John G. Heyburn Initiative for Judicial Excellence is a perfect tribute to my friend," Sen. McConnell said. "John was kind, he was thoughtful, he was principled — and the Heyburn Initiative will remind us that these virtues count both on the bench and in life. Dedicated to the preservation and study of judicial history in Kentucky, I look forward to the Heyburn Initiative becoming an integral part of Kentucky’s judicial community and a national focal point and destination for all students of our legal system."

Heyburn's opinions on same-sex marriage are well known: He struck down Kentucky’s ban on same-sex marriage and the state’s refusal to honor such marriages from other states, ruling that both violated the Equal Protection Clause of the Constitution. He died on April 29, 2015, at age 66 of cancer.

Dr. Heyburn, his wife of nearly 39 years, said the initiative seeks to spark a continuing conversation about the rule of law and aid in the constant improvement of the judiciary.

"John was determined to make better the legal system he considered 'the envy of the world,'" Dr. Heyburn said. "This initiative will mark his legacy by educating citizens about the American government and democracy itself through the prism of the third branch and by sparking a robust dialogue about our legal system."

UK officials said the Heyburn Initiative will be unique in the nation, enhancing the public’s understanding of the third branch and how the three branches of government — executive, legislative and judicial — interact. UK and the College of Law will establish a lecture series to annually bring speakers to address current issues facing the judiciary. Sen. McConnell announced Monday that U.S. Supreme Court Chief Justice John Roberts will be the first speaker, in early 2017.

UK and the College of Law also will work with the Administrative Office of the United States Courts and the Federal Judicial Center to host conferences and training sessions for the federal judiciary’s judges, administrators and staff. By focusing on timely legal issues and providing seminars of exceptional quality, the Heyburn Initiative will be distinguished as the leading resource to improve the quality of the judiciary.

The initiative will seek to create a complete history of all Kentuckians who serve or have served in the federal judiciary, with archives and oral histories managed by UK Libraries. The material is to be made publicly available online.

"The importance of today’s announcement is two-fold," said President Eli Capilouto. "First, the university is proud to honor the legacy of astute jurisprudence and public service left by Judge Heyburn. Indeed, his contributions to legal doctrine ensuring fair and equitable application of the law are renowned and far-reaching. Second, as the home of the new Heyburn Initiative, the University of Kentucky is enhancing and extending its capacity as a place of knowledge, discourse and service. The mission and programs of the Heyburn Initiative going forward will support scholars and jurists for many years to come, building on our role as a public flagship and land-grant research university."

In addition to his well-known opinions on same-sex marriage, Heyburn played a significant role in the Jefferson County Public Schools student assignment plan, ruling that schools cannot use race or gender as the sole factor in determining admittance, but that busing could continue. The case eventually went to the U.S. Supreme Court.