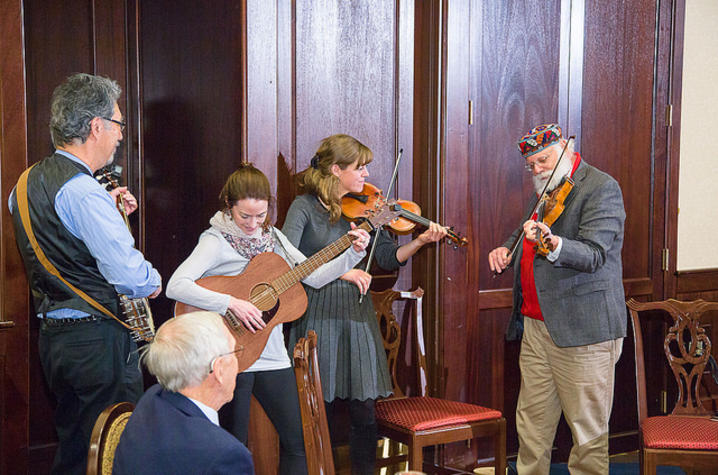 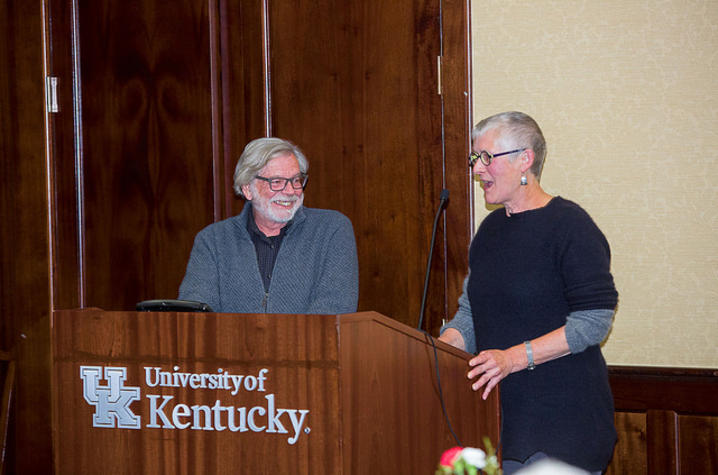 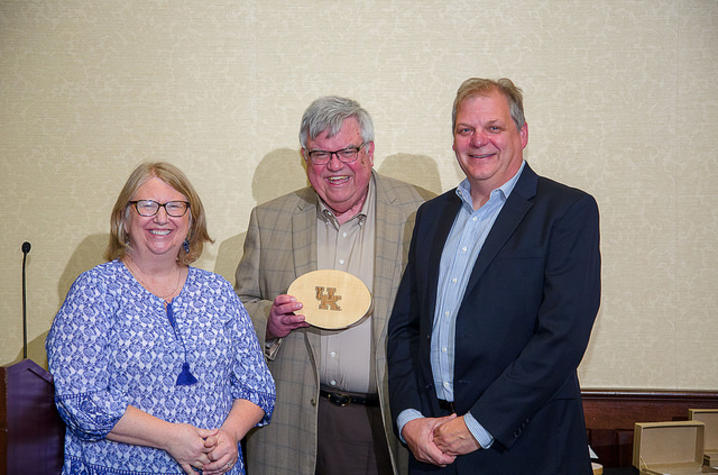 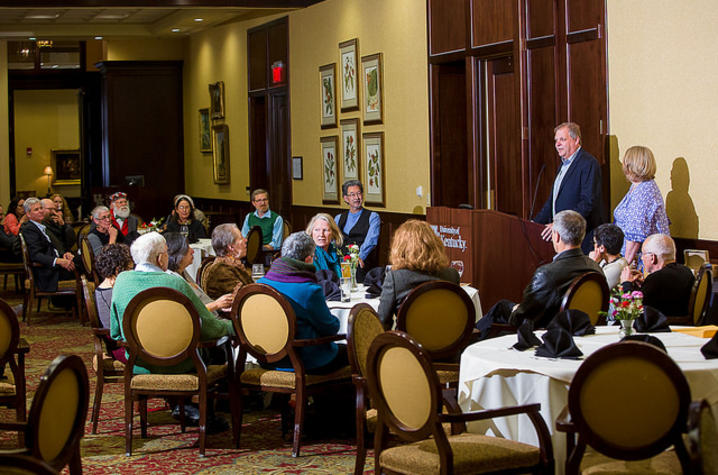 LEXINGTON, Ky. (March 23, 2017) — The University of Kentucky Appalachian Center recently celebrated its 40th year on campus, recognizing the university’s partnership with the Appalachian region and honoring those who have contributed to the center’s development and success.

The 40th anniversary event was held earlier this month at the UK Boone Center, and three faculty members with over 110 years combined service to UK and the center were recognized.

“All three of these men have contributed greatly to the land-grant mission of the university, and all three have had leadership roles in the Appalachian Center and Appalachian Studies programs,” Barton said.

Jim Hougland ​Hougland came to the UK Department of Sociology in 1974, before the Appalachian Center was formed. During his 43-year career at UK, his evaluation research focused on AMSTEM, a UK program designed to increase Appalachian and minority students in the STEM disciplines. Hougland served as the interim director of the Appalachian Center twice: in 1984-85 and in 2000. He has also consulted with communities about their information needs and laid the groundwork for the center to develop an Appalachian Data Bank. He collaborated with colleagues to obtain an NEH grant to incorporate Appalachian writings into literature classes in Appalachian high schools, and attracted funding to support the work of visual artists in central Appalachia.

Ron Pen Pen joined the faculty in the UK School of Music in 1991. He has held many leadership positions within the university: associate director of the School of Music, director of Undergraduate Studies, director of the John Jacob Niles Center for American Music, coordinator of the Division of Musicology and Ethnomusicology and director of Appalachian Studies. At the Niles Center, Pen developed the Appalachia in the Bluegrass Traditional Music Series, which brought local, regional and international musicians to campus. He has published extensively in the area of American vernacular music with an emphasis on the music and culture of the southern Appalachian region.

The UK Appalachian Center was established at UK in 1977. That same year, UK received an NEH grant to develop the Appalachian Studies curriculum, which became a cross-disciplinary collaboration that has since touched the lives of thousands of UK students. The center has also been instrumental in developing and maintaining lasting partnerships with Appalachian communities.

“I think I speak for most of us who work and study in Appalachia that we do it for the love of place, the natural beauty, the culture, the art, the music, but most importantly for the people who are the people of America,” Barton said.