LEXINGTON, Ky. (Nov. 12, 2013) — As NASA prepares to launch a 3-D printer into space next year and doctors contemplate using the technology to "print" custom body parts, University of Kentucky architecture students are among a small group of future architects learning how to utilize the cutting-edge technology at the collegiate level.

A manufacturing process, 3-D printing builds layers to create a three-dimensional solid object from a digital model. Architects use a 3-D computer-aided design (CAD) program to create a digital model of their design which then gets sliced into very thin layers beginning at the bottom of the design and building up until the model is finished using, in UK's case, plastic or a corn starch/plaster to form the shape.

Under the direction of Assistant Professor Martin Summers, upperclassmen and graduate students in the UK School of Architecture are reaping the benefits of acquiring 3-D printing skills as part of a UK College of Design studio contemplating designs for the library of the future.

"I think it’s incredible to have the opportunity because not every school in the country has it, in fact most don’t," Koesters said. "I was fortunate enough over the last six months before I came here to see firms adopting this technology and people having them next to their desk and being able to crank through. So I'm having that opportunity as a student to engage in architecture in the same way I can already see it happening in the field."

Summers previously worked with 3-D printing at Morphosis Architects, one of the first architecture firms known to employ the technology in their daily practice. As 3-D printing revolutionizes the field of architecture, he is excited to utilize it in his studio and believes it makes UK graduates more marketable to future employers.

"But for me what it means is there’s an ability for the student to go directly from advanced levels in school into an architectural practice and know the technologies they are using, maybe those practices aren’t even using those technologies," Summers said. "So it allows our students to go in and lead in a way knowing that they have the expertise and experience with more advance ways of production but also just in ways of thinking about how to use that advanced technology to expand the design possibilities."

The innovative technology brings several benefits to field of architecture. One of the most important aspects of 3-D printing is it allows architects to push boundaries and limits of construction by giving the designer a medium to try concepts that may at first seem "impossible."

To emphasize the limitless possibilities, Summers gave his students a first assignment which capitalized on the opportunity to design "outside the box." The exercise attempted to isolate issues related to digital process and rapid prototyping technologies.

"This isolation allows the students to focus their efforts on development of digital design skills, tools, workflow, and to explore an adaptive design process free from the constraints of a typical project," Summers said. "The goal is to develop a workflow to test and adapt to changing conditions of complex architectural projects that would best simulate a real world practice. Ultimately this process empowers students to explore the limits of a problem and creatively test ideas. This process also prepares them for future practice by confronting complicated problems, exploring new solutions while keeping the design open for new discoveries."

As the class continues, students in the studio will use the technology to explore the needs of libraries to adapt with rapid changes in technology and culture while continuing to provide services and access in today's and future society.

The development of multiple versions of a project, produced rapidly in a digital environment, can now be modeled in-house throughout the creative process. These 3-D printed models allow architects to make rapid and better informed alterations throughout the design, get feedback from the physical models, and discuss those changes with the team, while saving every iteration of the design and producing internal team knowledge. In addition, the technology is increasingly allowing architects to create and fabricate components of their design specific to the projects needs rather than altering materials to make them fit the concept. This has ramifications for the manufacturing of building components, delivery of materials to sites, waste involved in manufacturing and time involved in constructing complex conditions.

While still relatively new technology, Summers and Koesters believe 3-D printing will only continue to grow in importance in architecture as the speed of design and construction increases, and they point out that there are current experiments around the globe where teams are using variations of the technology to print entire structures.

"The future is where designers are working directly with the manufacturers and material specialists to begin to design the parts already with embedded knowledge of materials and production processes. So that then the design becomes more intelligent, gets then produced for the physical world, and that piece is part of the actual construction of the project," said Summers.

With 3-D printing's popularity continuing to skyrocket, literally, it is believed the once expensive technology will continue to become more accessible to smaller businesses, academic programs and even home users.

And with more architects' offices doing more rapid prototyping out of the digital model, Summers believes it won't be much longer before students will be employing the technology more day to day at the university.

"Any student coming to school now, I kind of joke, in the next couple of years they will come with a laptop and a 3-D printer because then they won't have to wait in line behind other people and can print out their own work." 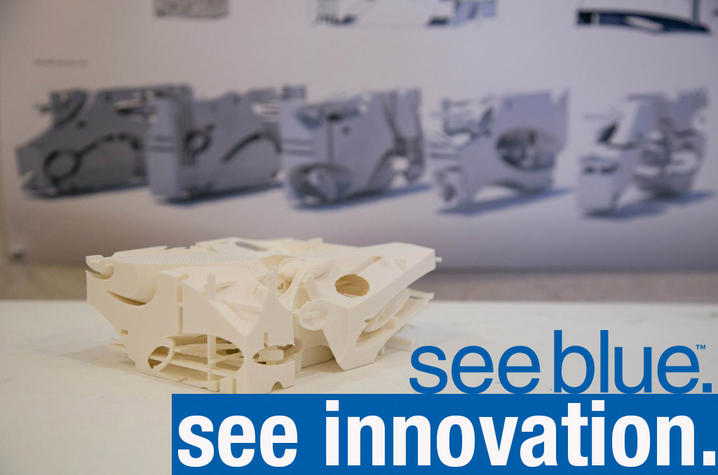 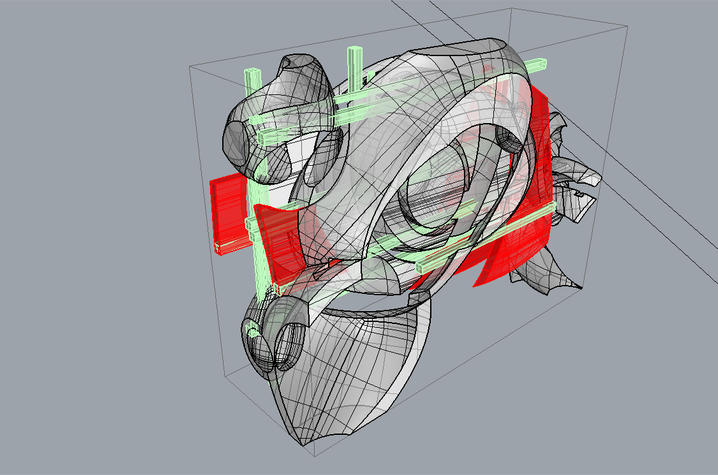 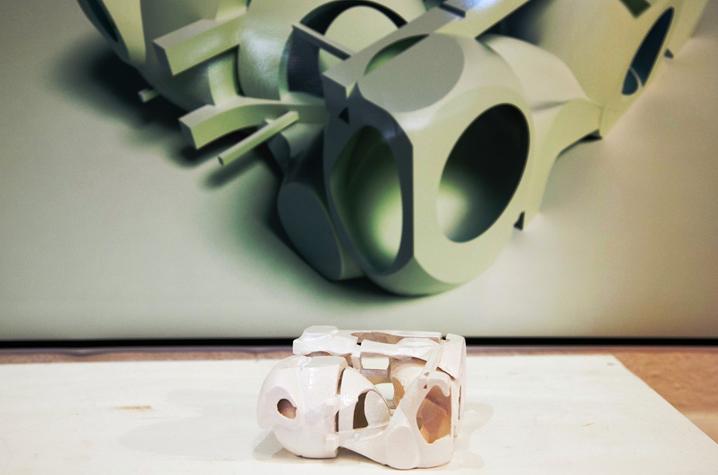 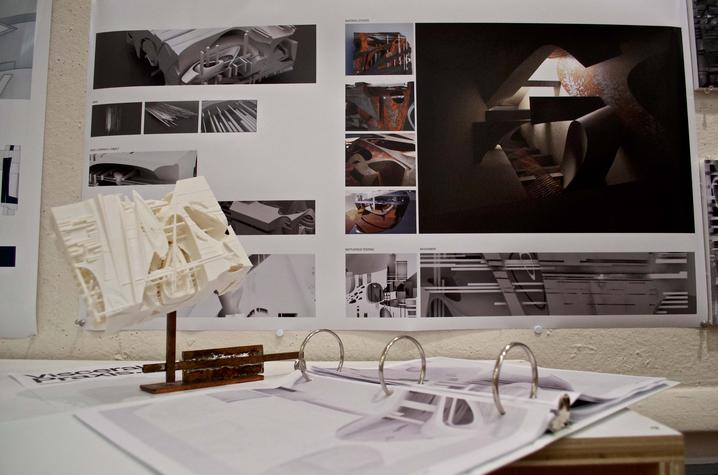 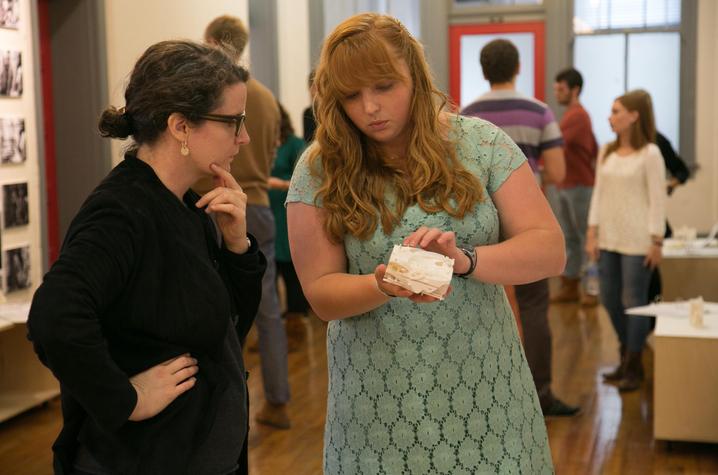 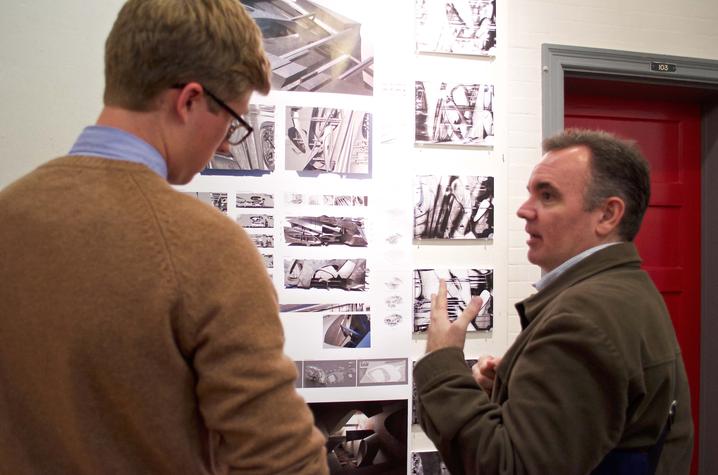