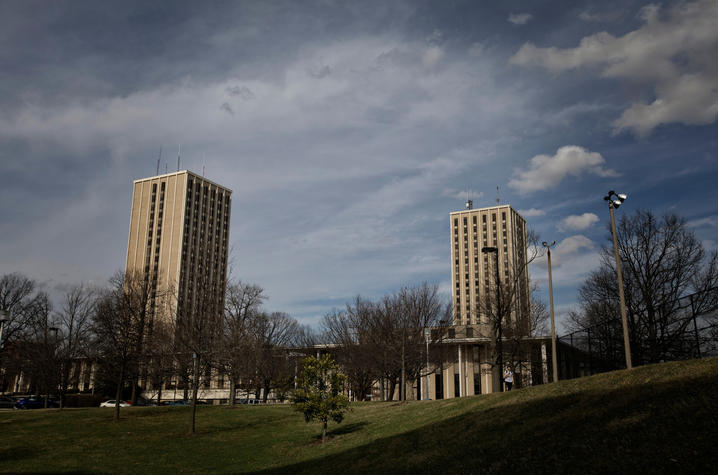 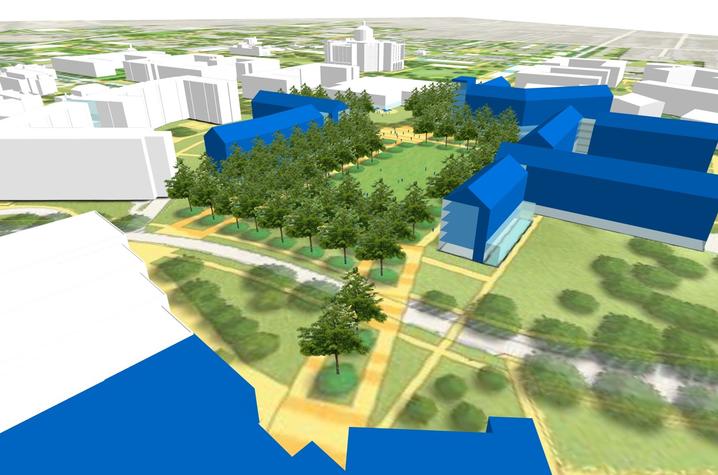 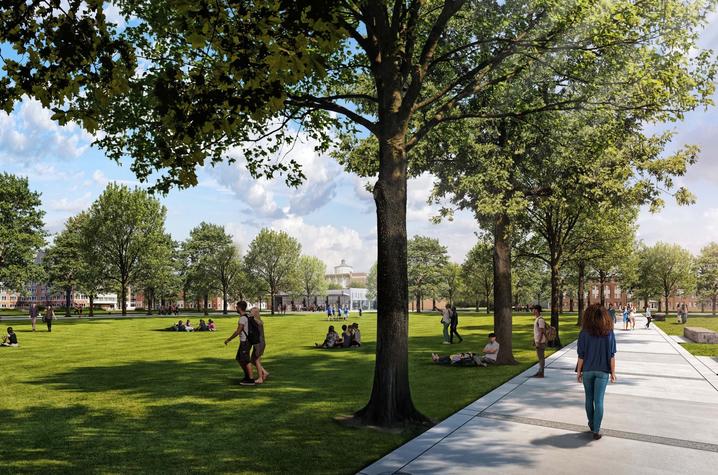 LEXINGTON, Ky. (Dec. 10, 2019) — The University of Kentucky UK Board of Trustees today approved a funding proposal to demolish the Kirwan-Blanding Residence Hall Complex and Dining Commons as part of a plan to construct new student living space, add new green space and preserve a majestic tree allée that underscores UK’s commitment to the natural environment.

“The proposed transformation of the Kirwan-Blanding site is a win for everyone. It’s a win for our students, as we continue to put their success first by constructing living and learning space that supports their academic, emotional and physical health — and gives them a sense of belonging,” said UK Executive Vice President for Finance and Administration Eric N. Monday.

UK President Eli Capuilouto asked the Board of Trustees to approve an internal loan package from UK to its Auxiliary Services Department. Specifically, the board approved $15 million for the demolition of the Kirwan-Blanding Residence Hall Complex and Dining Commons. The source of funding will be a $10 million internal loan to Auxiliary Services and $5 million from private funds. An additional $5 million internal loan will go toward the civil site infrastructure improvements that would create the green space.

In December 2017, the board authorized moving forward with demolition of the complex that sits on about 14 acres on central and south portions of the UK campus. The next step taken today was to approve funding for the project.

UK Facilities Management will now proceed with the demolition and site improvements. Demolition could begin early next year and continue for about a year.

UK has begun negotiations with its housing partner to construct a new residence hall that would contain more than 500 beds and house a combination of first-year and returning students. The goal is to have the new residence hall open in fall 2022.

Nearly 90% of UK’s record first-year class of more than 5,300 students are living on campus this academic year, Monday said. And more than 2,000 returning students have opted to live on campus. Even as the university, under Capilouto and the Board of Trustees, has constructed 6,850 new residence hall beds since 2013, additional housing capacity is needed to serve students and a growing campus.

“More first-year and returning students than ever before are choosing to live on campus. They know — and their families know — that students who live on campus do better academically and socially,” Monday said. “UK not only had a record first-year enrollment, but also had record retention and graduation rates. We believe housing and residence life are essential parts of the formula for student success. Our outcome data bear that out. The bottom line: As we continue to grow, we need more housing capacity to serve the needs and interests of our students.”

In addition, Monday said, with the demolition, UK will preserve the allée of trees that serves as an entry point for many into the complex area. And the university will create an expansive green space that will serve as a gathering and communal area for students and the entire campus community.

“Additional green space further enhances and builds a sense of community — a community where everyone belongs and is accepted,” Monday said. “It honors the environment and the special legacy this area — as represented by the majestic allée of trees — holds for so many who came before us and for those who will follow.”

This summer, UK began work on an $8.5 million project to reroute underground utilities that serve that area and much of the southern swath of campus. Completion of that project was necessary before a demolition process could begin.