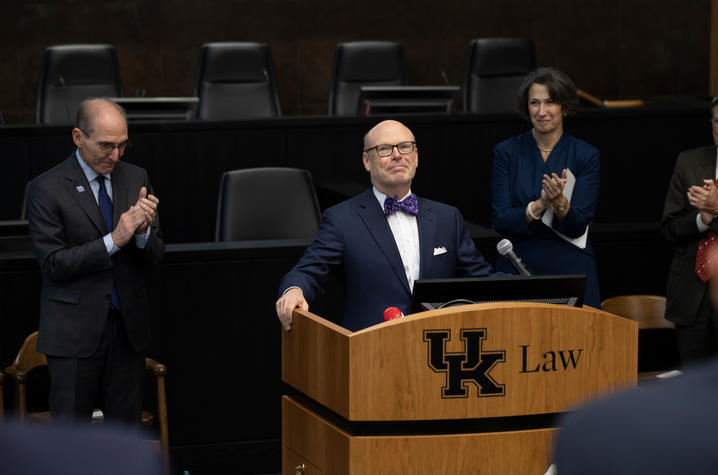 Rosenberg and his wife, Dianne, have pledged $20 million to fund an endowment and non-endowed gift to support student scholarships, faculty recruitment and retention, as well as programs for the UK College of Law. Mark Cornelison l UK Photo.

Rosenberg and his wife, Dianne, have pledged $20 million to fund an endowment and non-endowed gift to support student scholarships, faculty recruitment and retention, as well as programs for the college. The new permanent endowed fund will be named the J. David Rosenberg College of Law Endowment.

The endowment’s focus will be to enhance the intellectual excellence and promise for which the J. David Rosenberg College of Law has been known and to continue to grow its national and international reputation.

J. David Rosenberg is a native of Lexington and a 1974 graduate of the UK College of Law. He is a senior partner at the law firm of Keating Meuthing Klekamp, PLLC and resides in Cincinnati, Ohio.