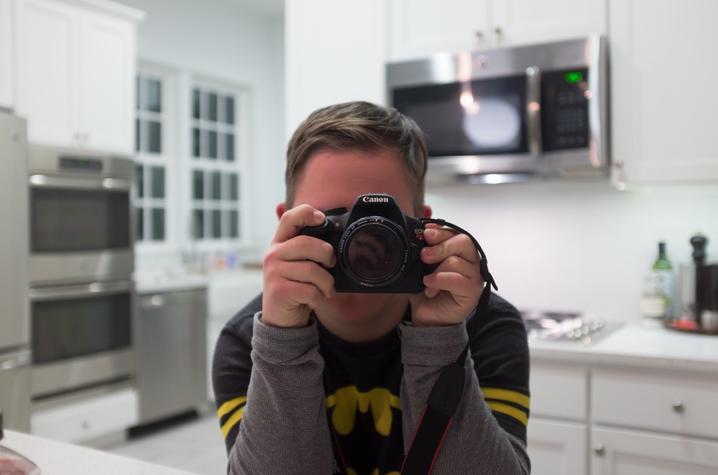 Seventeen year old Andy Meredith will be a principal photographer in the effort, working with the Massachusetts Down Syndrome Congress, the Down Syndrome Association of Central Kentucky and other HDI programs.

LEXINGTON, Ky. (March 13, 2017) — The University of Kentucky Human Development Institute (HDI) is expanding its photo library and creating an important resource to improve the broad representation of people with disabilities from diverse backgrounds. The photos will be utilized by the institute as well as the National Center for Prenatal and Postnatal Resources.

Photos play a critical role in portraying diverse people with disabilities across the lifespan as active participants in an inclusive world. As HDI promotes the inclusion of people with disabilities and their families throughout the lifespan, imagery is integral in depicting that message. Photography is particularly vital in promoting understanding across literacy levels and cultures and has been demonstrated as integral in improving health communications.

The project is being led by HDI’s Stephanie Meredith and Harold Kleinert, funded by the HDI Fund for Excellence Award. To create this library of resources, photographers Justin and Andy Meredith will also contribute to this project by donating their time to engage in photo shoots coordinated with the Massachusetts Down Syndrome Congress, the Down Syndrome Association of Central Kentucky and other HDI programs with connections to individuals with disabilities who are interested in participating in the photo shoot.

"We are so grateful to receive the HDI Fund for Excellence to facilitate our ability to create this important library of resources to improve the broad representation of people with disabilities from diverse backgrounds," said HDI Information Services Director and Medical Outreach Director for the National Center Stephanie Meredith. "And we are also so grateful to Justin and Andy, my husband and 17-year-old son with Down syndrome, for agreeing to donate their time in the creation of this resource. This will also be the first time an individual with Down syndrome will participate as one of the principal photographers in this kind of effort. His involvement will also be an important vision of future potential for the many families participating in this photo shoot whose young children have Down syndrome and other disabilities.”