LEXINGTON, Ky. (Dec. 2, 2019) — The accolades for the Commonwealth’s food scene have been rolling in the last several years, and few leaders are as responsible for growing the state’s culinary landscape as University of Kentucky alumna Ouita Michel.

At UK's home football game Saturday, the celebrated chef and restaurateur was recognized for her work as one of the original champions of Kentucky’s local food movement.

Michel majored in political science at UK College of Arts and Sciences and was a member of the debate team, honors program (now Lewis Honors College) and the first class of Gaines Fellows. In 1986, she became only the second woman to win a national debate championship.

After finishing her studies at UK, Michel moved to New York where she graduated from the Culinary Institute of America in Hyde Park and met her husband, Chris. The two returned to Kentucky in 1993 for their wedding, and opened their first restaurant, Holly Hill Inn in Midway, Kentucky, in 2000 where she became one of the state’s pioneers of using local-sourced products. 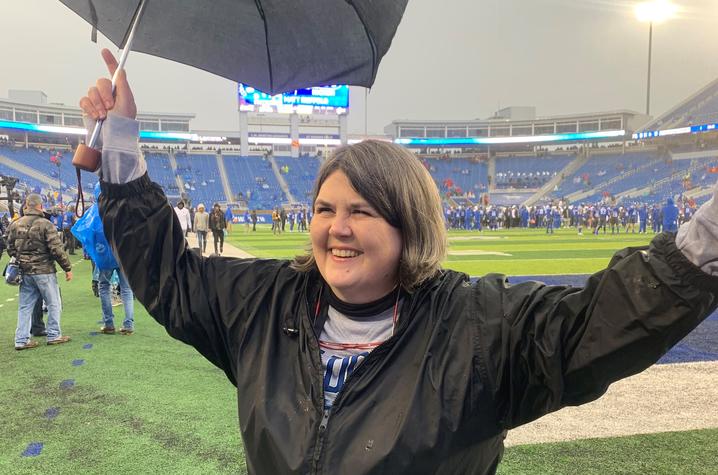