UK leaders reflect on what Juneteenth means to them.

LEXINGTON, Ky. (June 17, 2021) ­— In January 1863, the Emancipation Proclamation was issued, declaring more than three million slaves living in the Confederate states to be free, unbeknownst to many of those enslaved. It was not until Union soldiers arrived in Galveston, Texas, more than two years later, on June 19, 1865, that the last enslaved U.S. populations were informed of the proclamation.

Today, we celebrate that day and the liberation of the slaves. Known as Juneteenth, a blend of the words June and nineteenth, this day has been recognized by Black communities for decades, however, this year will mark the first year that the University of Kentucky will acknowledge Juneteenth as an academic holiday.

President Eli Capilouto announced this monumental change in the academic calendar last June, along with a slew of other initiatives surrounding diversity efforts at the university.

“I hope it will become a moment to pause, to reflect, to serve and a time that compels our community to act,” Capilouto said in last year’s announcement. “With this action, I hope we are stating as a board and as a university our unequivocal commitment to this cause.”

While this holiday commemorates the day of independence for enslaved Americans, it also illuminates the continued struggle for true Black liberation.

“I would like people to take away from Juneteenth that there is a long, ongoing fight and quest for equality and for protection for people of color, Black people in particular,” said Kaylin Batey, a third-year medical student in the College of Medicine. “I think about Juneteenth as a time not only to reflect on what's happened, the success of those efforts, but a time to look ahead at what needs to be done to really make that American promise a reality, a strong reality for Black Americans.”

For Melynda Price, the William L. Matthews Jr. Professor of Law in the J. David Rosenberg College of Law, the John and Joan Gaines Professor of Humanities and director of the Gaines Center for the Humanities, this holiday is especially near and dear to her heart. A fifth generation Texan, Price and her family grew up just miles away from the historic site where the first slaves were told of their liberation.

“The connection for Juneteenth is incredibly important to me,” Price said. “As a person whose family is directly impacted by the place where the holiday originates, it means everything to me about how I think about my relationship to this country and what it means to be free.”

Price believes the university’s decision to name Juneteenth an academic holiday is a meaningful one.

As we as a nation heal from an unprecedented year, the university can use this day as an opportunity for all citizens, of every race, to remember, learn and celebrate America’s enduring, but unfinished, ambition for liberty and justice for all.

To further understand what this groundbreaking change in the university’s calendar represents, UKNow spoke with leaders across campus about what Juneteenth meant to them. Watch the video above to learn more.

To learn more about how Juneteenth directly impacted Price’s family and her life and work today, watch her interview online at: https://youtu.be/1T9D1OdJYoc.

For more information on the university’s diversity efforts, click here. 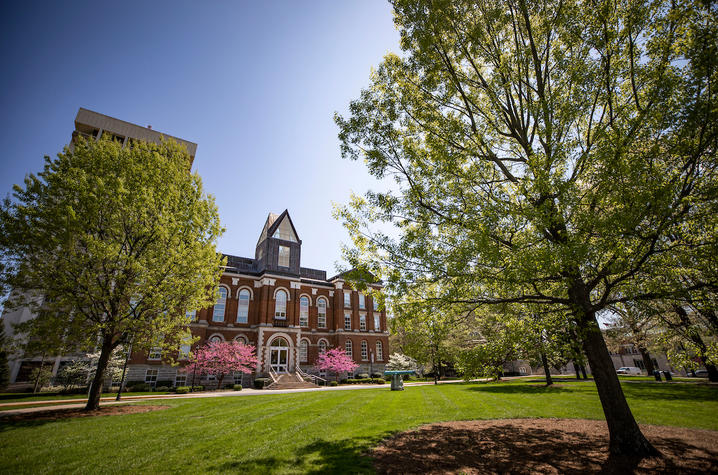