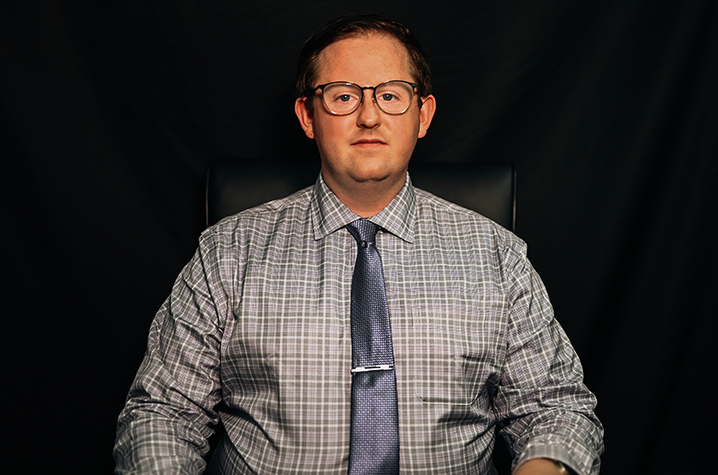 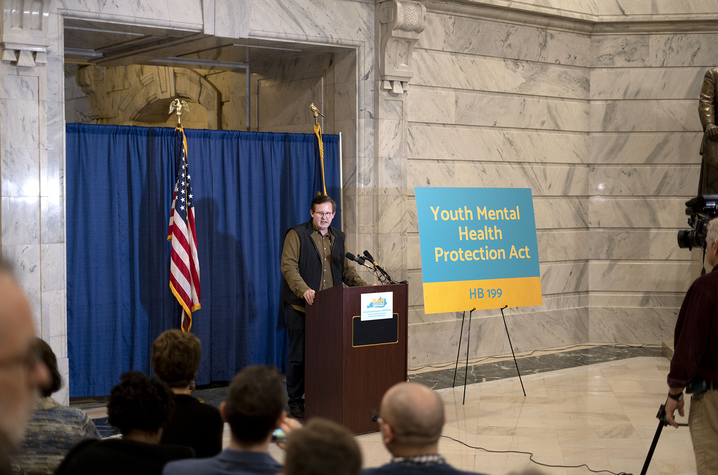 LEXINGTON, Ky. (Sept. 29, 2020) — University of Kentucky student Michael Frazier has been named the 2020 recipient of the Hugh M. Hefner First Amendment Award in education in recognition of his continued efforts in defense of the First Amendment.

“Setting out to do this advocacy, you don’t look to be popular and you certainly don't look for an award,” Frazier said. “I am deeply grateful to the Hefner Foundation and the judges for selecting me for this prestigious award. There will always be threats to our liberties and freedoms. Therefore, there will always be a need for people — especially students — to stand up for their rights.”

The Powell County native and first-generation college student is an advocate for free speech on campus. Frazier helped to change the university’s free speech zone policy, created a student coalition on campus and across the Commonwealth, promoted education around the First Amendment in an inclusive way, lobbied the Kentucky General Assembly, testified before two committees and successfully aided in the passing of the strongest free speech protection bill in the United States — the Kentucky Campus Free Speech Protection Act.

“From standing for the rights of BLM to protest racial injustice, to speaking out for the right of those who would never defend me — I’ve not wavered from my commitment to the First Amendment and it’s all because I discovered my passion during my time at UK,” Frazier said.

“The defining issue of our time is the collapse of the constitutional consensus and the surrounding cultural battles over Free Speech and other constitutional rights,” Thro said. “Michael recognizes that if a ‘Nation conceived in Liberty and dedicated to the proposition that all ...  are created Equal’ is to ‘long endure,’ then that consensus must be restored. In the words of Judge Justin R. Walker, Michael understands that America, Kentucky, and this university are wide enough both for you and ‘a man whose words make your blood boil, who's standing center stage and advocating at the top of his lungs that which you would spend a lifetime opposing at the top of yours.'”

“We are in very difficult times. There is a lot pressure to abandon some of our core beliefs such as the rights protected by the First Amendment,” shared Scorsone, a UK graduate who was also the first openly LGBTQ Kentucky state senator. “Michael's award is a testament to his unwavering commitment to the values embodied in the First Amendment. He is very deserving of this recognition.”

As a student at UK, Frazier has had an impact on the university’s policy that, in the past, limited free speech to specific areas of campus. Through his efforts, it has been expanded to include all outdoor spaces on campus as long as classes are not disrupted, and that pedestrian and vehicular traffic is not impeded.

“I cannot overstate the level of dedication and tenacity which Michael Frazier has demonstrated in fighting for our First Amendment rights,” said Rep. Savannah Maddox, sponsor of the Kentucky Campus Free Speech Protection Act. “His ability to transcend the limitations of the partisan mindset in order to advocate for the free expression of all viewpoints sets him apart as a distinguished voice among the prevailing forces of selective censorship.”

“I am extremely pleased to see Michael Frazier recognized for his advocacy of the Campus Free Speech Protection Act. The framers of our Constitution placed great value on free speech, knowing that without it our young nation would fail,” shared Osborne. “Even today, it is critical that we all have the broadest latitude to speak, write, and discuss issues; that our universities cultivate an environment where discourse is not only protected but also valued. Michael brought tremendous leadership to the effort to pass this measure and has earned a great deal of respect for his approach.”

“This award is for those who came before me, including those protesters at UK who stood up for equality in the 1960s and the protesters who stood up against the Vietnam War; for those who stood with me in solidarity and believed we could make a difference, because I certainly didn’t do all of this alone,” Frazier said. “The award is also for the current student who is struggling to find their voice and needs reassurance that they can make a difference in their world, and to those future leaders who will have to carry on this work and meet their responsibility to ensure that this work is not lost due to forgetting history.”

Since the inception of the Hugh M. Hefner First Amendment Awards, more than 150 individuals, including high school students, lawyers, librarians, journalists and educators, have been honored. The award winners have traditionally come from the areas of journalism, education, book publishing, law and government, as well as motion pictures, television and theatre. Winners are selected by a panel of distinguished judges.

Frazier has no intention of slowing down his advocacy work, with plans to continue championing the community that raised him.

“After having the great fortune of working with some of Kentucky’s and the nation’s top legal minds, people who paved the way, I fell back in love with Eastern Kentucky and want to dedicate my abilities in improving the area by being a fierce advocate,” he said. “I’d like to start a legal advocacy firm to continue my work to defend the First Amendment rights of Kentuckians, to be an advocate for Eastern Kentucky, and to return the many blessings I’ve received to a new generation in my local community.”