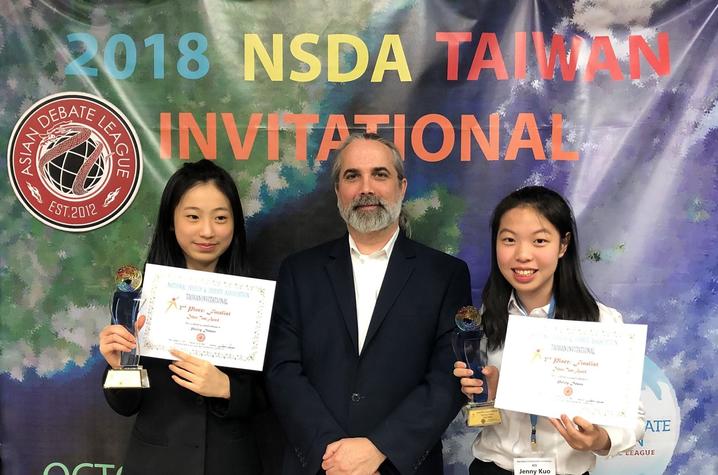 LEXINGTON, Ky. (Oct. 25, 2018) — What do you do the day after your team goes on an 18-1 winning streak, brings home tournament victories over Harvard University (twice), Wake Forest University, Northwestern University and Dartmouth College? If you are Dave Arnett, director of the University of Kentucky Intercollegiate Debate Team, you catch a flight to Taiwan to represent UK at the NSDA (The U.S. National Speech and Debate Association) Taiwan Fall Invitational, an international debate collaboration.

On this trip to Asia, while Arnett was in Taipei, he delivered a presentation on the benefits of debate. He also met with coaches, parents and school administrators on growing debate in Asia.

Arnett will travel to Asia again for the third annual Tournament of Champions China held in Shanghai Dec. 22-23, 2018.

It looks like Arnett and the debate team won’t be slowing down anytime soon.

The UK Intercollegiate Debate Team is housed in the School of Information Science within the College of Communication and Information. The team is directed by Dave Arnett.