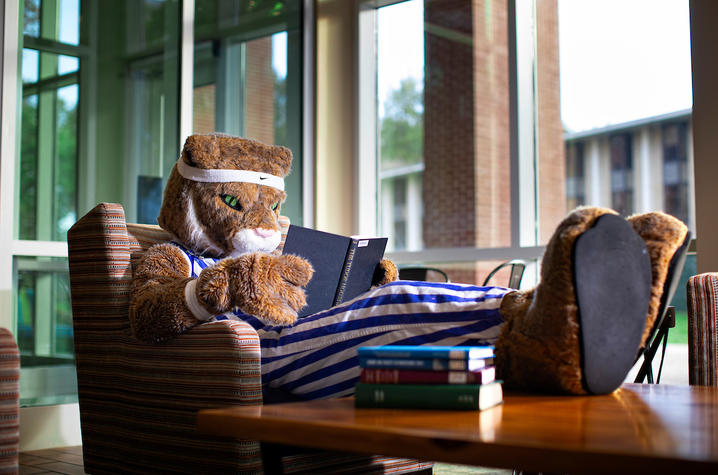 We asked the University of Kentucky community to recommend books they feel would make good additions to anyone’s summer reading list.

In the descriptions below, faculty members from the College of Arts and Sciences share the books they can’t put down. Pulling from the worlds of history and fiction — their picks explore timely themes while providing intriguing insights.

“A Time of Gifts” by Patrick Leigh Fermor

Recommended by Phil Harling, chair of the Department of History in the College of Arts and Sciences

I’m a great fan of travel literature, and I read a lot of it when the COVID-19 pandemic made it impossible for me to travel. That proved a real balm to the soul! My favorite travel book, by far, is “A Time of Gifts.” Fermor was a fascinating person. Somebody once described him as “a cross between Indiana Jones, James Bond and Graham Greene.” Among many other exploits, Fermor fought with the Greek resistance during World War II and played a lead role in the kidnapping of a German general. He wrote “A Time of Gifts” in advancing middle age, in the 1970s. But it describes his earliest great adventure, when he decided, in 1933, at the age of 18, he was going to hitch a ride on a fishing boat across the English Channel to the Hook of Holland and walk all the way to Istanbul. And that’s what he did, spelled only by a few rides on horseback or as a hitchhiking passenger in someone else’s car. It’s a book that’s guaranteed to put you in a great mood and to add a kick to your step. It captures the indelible exuberance of youthful adventure. Fermor gets himself into scrape after scrape, but his inveterate, cockeyed optimism always sees him through. And he gives us indelible word pictures of German beer halls, Hungarian plains and Danuban castles. Additionally, you will meet a host of characters along the way — conjuring a world that was largely effaced only a decade later by the ravages of war. It’s a book of zest, zing and good humor. And another delight is, Fermor only gets to the midpoint of his epic journey in “A Time of Gifts.” If you love it, even half as much as I do, you’ll waste little time in turning to its sequel, “Between the Woods and the Water,” which takes him from a bridge over the Danuban to Istanbul.

Recommended by Eladio B. Bobadilla, assistant professor in the Department of History in the College of Arts and Sciences

Sanchez, the pioneering historian of the Mexican American experience, tells the story of Boyle Heights — an iconic Los Angeles neighborhood. Known for its multicultural, working-class character, and as a site of perpetual struggle and resistance, the story of Boyle Heights is meaningful not just for Los Angeles, but also for the entire country. The rich history of the neighborhood offers important lessons for an increasingly diverse United States. Boyle Heights has seen Black, Brown, Asian and Jewish residents not only coexist as neighbors but thrive as a vibrant community — supporting one another through change and upheaval. Rather than let differences divide them, they have made diversity their strength and together organized multiracial coalitions, persevered, and preserved hope in the face of monumental challenges and, perhaps most importantly, remembered their past with purpose. The story of Boyle Heights, Sanchez convincingly argues, might just reveal an example that serves as a roadmap to a brighter national future.

“The Committed” by Viet Than Nguyen

Recommended by Kathi Kern, a professor of history in the Department of History and Department of Gender and Women’s Studies in the College of Arts and Sciences

I have been totally engrossed in Viet Than Nguyen’s latest novel, “The Committed.” The author, a professor at the University of Southern California, was on UK’s campus in 2017 to deliver the Gaines Center’s Bale-Boone lecture, which featured a reading and discussion of his Pulitzer-prize winning first novel, “The Sympathizer.” Both books are riveting as they explore the politics and ideologies of colonization, war and diaspora from the perspective of a writer whose family left Vietnam in 1975 as refugees of war when Nguyen was just 4 years old. In “The Committed,” we rejoin the narrator from the first novel, a man “of two minds and two faces,” fresh from a traumatic stint in a re-education camp. He lands in Paris in 1981, but not the romantic “City of Lights,” but what the author has dubbed “the immigrant side of Paris,” a city populated by the diasporic peoples from the former French empire, including Algerian gangsters, Vietnamese drug dealers and Cambodian prostitutes. The novel is simultaneously a crime thriller set in this underground Paris and a deeply philosophical, political, and even poetic, exploration of the impact and aftermath of colonization. The narrator, disillusioned by the failure of revolution wrestles with the question: can violence liberate? Is violence the only answer? Can nonviolence be as potent a political weapon as violence? The novel is elegantly written, often funny and always profound in the issues it raises.

“The Man Who Loved Dogs” by Leonardo Padura

Recommended by Karen Petrone, director of the Cooperative for the Humanities and Social Sciences and professor in the Department of History in the College of Arts and Sciences

I’m thoroughly enjoying a book that I received as a gift from my wonderful colleague in Mexican history, Francie Chassen-Lopez. It should come as no surprise that historians love to read historical novels! “The Man Who Loved Dogs,” by Cuban novelist Leonardo Padura, was first published in Spain in 2009, and then in English translation in 2014. The novel is set in numerous places: the Soviet Union, Spain, France, Mexico and Cuba. Two of the main characters are real historical figures: Leon Trotsky, the exiled Soviet leader and rival to Stalin whom Stalin had assassinated in 1940, and Ramon Mercader, Trotsky's assassin. The third character is fictional: the Cuban writer Iván Cárdenas Maturell, whose career was destroyed when he wrote a story deemed counterrevolutionary by the Cuban government, and who meets Mercader in his secret Cuban exile. This beautifully written novel, based on extensive historical research, imagines the interior lives and moral struggles of each of these three men in a complex and compelling way — it’s very gripping.

Recommended by Michelle Sizemore, associate professor in the Department of English in the College of Arts and Sciences

In love when they were young, Ifemelu and Obinze have been separated by continents and decades. When one of them decides to return to Nigeria, their thoughts begin to drift to each other and experiences that forced them apart. Ifemelu had become a professional celebrity in the U.S., while Obinze had a precarious, undocumented life in the U.K. But both struggled with the estranging identities imposed on them — with what it means to be Black and foreign in their new countries. “Americanah” is a penetrating exploration of race, class, white privilege, liberalism and love. Ten years later, this novel resonates in an America confronting and evading the workings of racism and white supremacy. Adichie’s exquisite writing and storytelling is riveting — drawing readers to each page. This is a book that makes you put everything else on hold.

“The Woman They Could Not Silence” by Kate Moore

Recommended by Renee Campbell, clinical assistant professor in the Program in African American and Africana Studies in the College of Arts and Sciences

This book was recommended to me, because I’m researching the mistreatment of my grandmother who was institutionalized and died in 1940 of professional neglect at Lakeland Lunatic Asylum, now Central State Hospital. “The Woman They Could Not Silence” focuses on mental health, and how it was used as a weapon against women. The book is based on historical research, memoirs, letters and court transcripts. This read has helped me to envision the experiences many women endured during that time. I now realize, to a greater extent, how difficult it must have been for my grandmother.