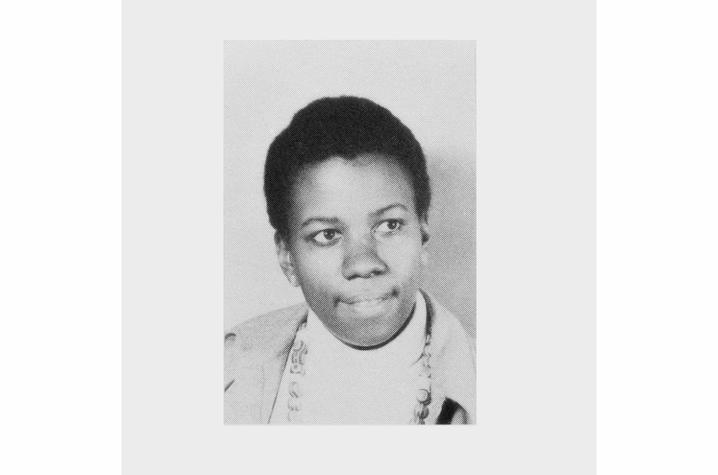 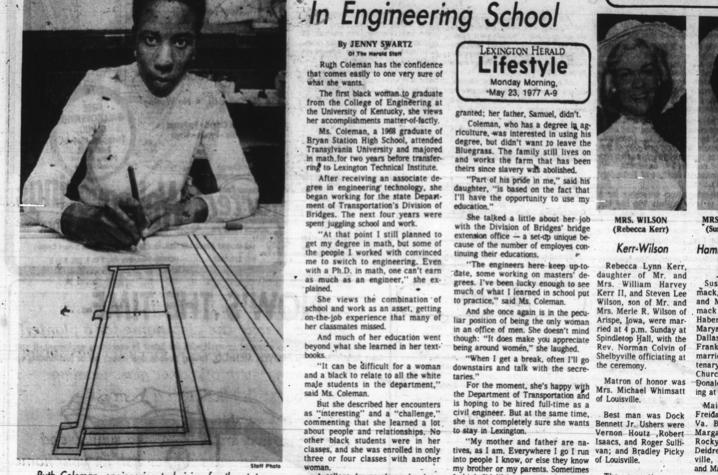 LEXINGTON, Ky. (Feb. 16, 2022) — To commemorate Black History Month, University of Kentucky Public Relations and Strategic Communications is highlighting alumni from the UK Alumni Association’s Pioneer Project throughout the month of February. Be sure to check UKNow each "Wildcat Wednesday" this month to learn more about a UK alum who left an important legacy at our university.

On this “Wildcat Wednesday,” UK honors Ruth Coleman — the first Black woman to graduate from the College of Engineering in 1977, not long after the end of the Civil Rights Movement.

Coleman lived on a family farm in Lexington, Kentucky that belonged to her ancestors from the time slavery was abolished.

After graduating from Bryan Station High School in 1968, Coleman pursued a bachelor’s degree from Transylvania University. She completed two years as a math major but was convinced by co-workers to switch to engineering.

“Even with a Ph.D. in math, one can’t earn as much as an engineer,” Coleman said in a 1977 interview with the Lexington Herald (now the Herald-Leader).

Coleman transferred to Lexington Technical Institute (now Bluegrass Community and Technical College) where she earned her associate degree in engineering technology. Shortly after, Coleman started working for the Kentucky Transportation Cabinet, which at that time, was known as the Kentucky Department of Transportation's Division of Bridges.

Upon enrolling in civil engineering classes at UK, Coleman often found herself to be the only Black student — and the only female.

“It can be difficult for a Black woman to relate to all the white male students in the department,” she said.

In 1977, she earned her degree in civil engineering — becoming the first Black woman to graduate from UK Engineering.

Following graduation, Coleman moved to Alaska where she became a senior structural engineer and the owner of a firm.

Thanks to pioneers — like Coleman — the number of Black women embracing careers in the field of engineering has greatly increased. As a result, so has the quality of the entire field.

To learn more about how the university is celebrating Black History Month visit http://uknow.uky.edu/campus-news/black-history-month-celebrating-those-who-paved-way.