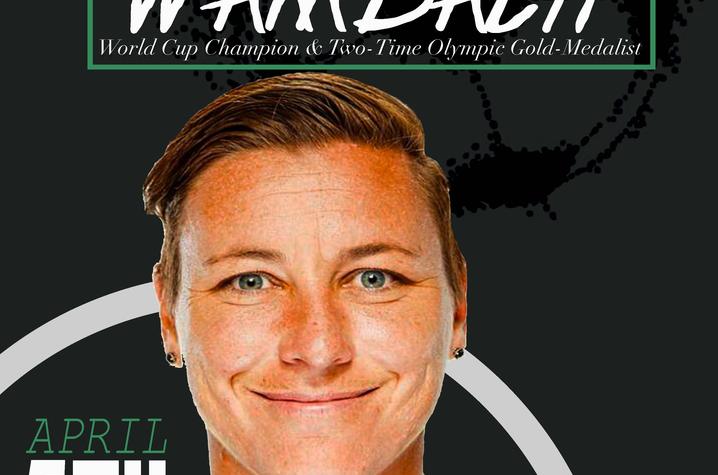 The six-time winner of the U.S. Soccer Athlete of the Year award, Wambach has been a regular on the U.S. women's national soccer team since 2003 after playing college at the University of Florida. As a forward, she currently stands as the highest all-time goal scorer for the national team and holds the world record for international goals for both female and male soccer players with 184 goals.

“I’m personally just excited to hear from such a multifaceted person,” stated Lee Mengistu, SAB director of multicultural affairs. “Not only is she a legendary athlete, she also has a Barbie made in her likeness. How cool is that?”

The event will be a lecture that allows attendees to listen to Wambach speak about being a woman in a male-dominated industry, being an active member in the LGBTQ community and her reflections on her career.

SAB brings more than 60 entertaining, educational and enriching programs that are reflective of contemporary issues and trends to the University of Kentucky annually. These programs are designed to enhance the college experience for students, faculty, staff and the greater Lexington community. Connect with SAB at www.uksab.org, follow them on Twitter at http://twitter.com/UKSAB, or like them on Facebook at www.facebook.com/UKSAB/. For more information about SAB and events, email publicrelations@uksab.org.