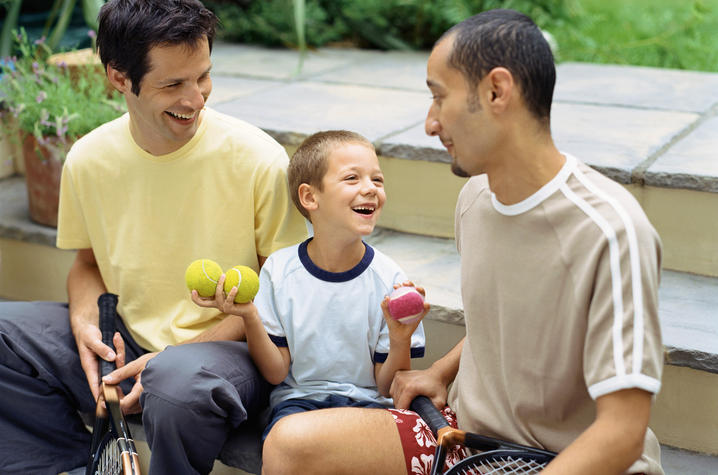 LEXINGTON, Ky. (Oct. 24, 2016) — As more and more lesbian and gay adults adopt children, controversies continue regarding comparative parenting skills and the impact on the children.

For nearly a decade, University of Kentucky Assistant Professor of Psychology Rachel H. Farr has studied different aspects of family life among heterosexual, gay and lesbian parents and their adopted children. Her newest findings were published by the Developmental Psychology journal last week online.

Farr’s most recent research results published in the journal Developmental Psychology provides further support that children adopted by lesbian and gay parents are well-adjusted, not only in early childhood, but across time into middle childhood. Her study focused on a longitudinal follow-up of nearly 100 adoptive families with school-age children as they matured from early to middle childhood. Parents appeared to be capable in their parenting roles and satisfied in their couple relationships over time, with no differences by family type.

“To the best of my knowledge,” Farr said, “this is the first study that has followed children adopted by lesbian, gay and heterosexual parents over time from early to middle childhood. Longitudinal research (like this) offers insight into what factors may be the best or strongest predictors of children's development, over and above information that can be gathered at only one time point."

“Regardless of parental sexual orientation, children (in the study) had fewer behavior problems over time when their adoptive parents indicated experiencing less parenting stress. Higher family functioning when children were school-age was predicted by lower parenting stress and fewer child behavior problems when children were preschool-age. Thus, in these adoptive families diverse in parental sexual orientation, as has been found in many other family types, family processes emerged as more important than family structure to longitudinal child outcomes and family functioning.”

“These results, which support many positive outcomes among adoptive families headed by lesbian, gay or heterosexual parents over time, may be informative to legal, policy and practice realms,” Farr said.

Since research indicates that at least 65,500 adopted children, over 4 percent of all adopted children in the United States, have sexual minority parents, “the findings may also help to move public debate forward about parenting and child outcomes across a diversity of family forms,” she added.