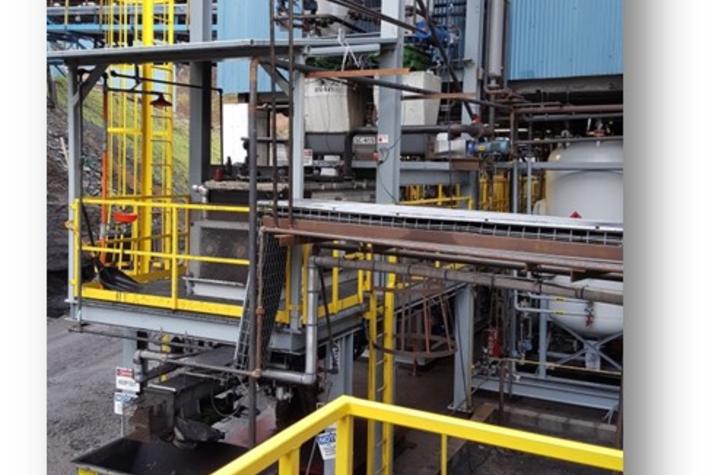 LEXINGTON, Ky. (March 14, 2016) — The U.S. Department of Energy (DOE) National Energy Technology Laboratory has awarded nearly $1 million to Rick Honaker, professor and chair of the University of Kentucky Department of Mining Engineering, to develop a mobile pilot-plant facility for the recovery of rare earth elements from coal.

Honaker and his team, which includes collaborators at Virginia Tech and West Virginia University, will develop and test a mobile processing facility that can efficiently recover the rare earth elements present in coal and coal byproducts in an environmentally friendly manner.

"Previous research conducted by UK scientists and others have found that the critical materials needed for renewable energy technologies, such as cell phones and other electronics, are found in coal and coal byproducts at concentrations that may be economical to recover," Honaker said.

Rare earth elements, or REEs, are a series of chemical elements found in the Earth’s crust. Due to their unique chemical properties, REEs have become essential components of many technologies spanning a range of applications including electronics, computer and communication systems, transportation, health care and national defense. The demand, cost and availability of REEs has grown significantly over recent years stimulating an emphasis on economically feasible approaches for REE recovery.

The U.S. has 10.9 million tons of rare earth resources in coal deposits located in just five western and four eastern states, including Kentucky, West Virginia and Virginia, according to the U.S. Geological Survey Coal Quality Database.

With those technologies, the coal industry could potentially produce approximately 40,000 tons of REEs annually, which is more than twice the amount consumed in the U.S.

“Our coal-producing states are working diligently to recover from the devastating loss of coal mining jobs in today’s economy. In fact, Kentucky alone has suffered the loss of nearly 11,000 coal mining jobs since 2009. Experimental projects, like UK’s mobile REE recovery plant, could save and create new coal-related jobs and opportunities in eastern Kentucky,” said Congressman Rogers. “I applaud Professor Honaker and the vision of UK’s leaders to find new applications for coal and coal byproducts for the development of everyday technologies, such as smart phones, computers and rechargeable batteries. This effort to find more uses for our country’s most plentiful resource could put many people back to work in the coalfields.”

Honaker's project is one of only 10 projects awarded and is the only one that is focused on physical concentration methods as a means for recovering REE directly from the coal sources rather than from a coal combustion byproduct.

The DOE is funding $999,797, while $320,212 will come from other project partners. Total funding for the mobile facility design is $1,320,009 in Phase I. The team will also work with industrial participants, which include Arch Coal, Blackhawk Mining, Bowie Refining, Eriez Manufacturing and Minerals Refining Company. If Phase I is successful, Phase II ($6 million) will involve construction and testing of the mobile facility.