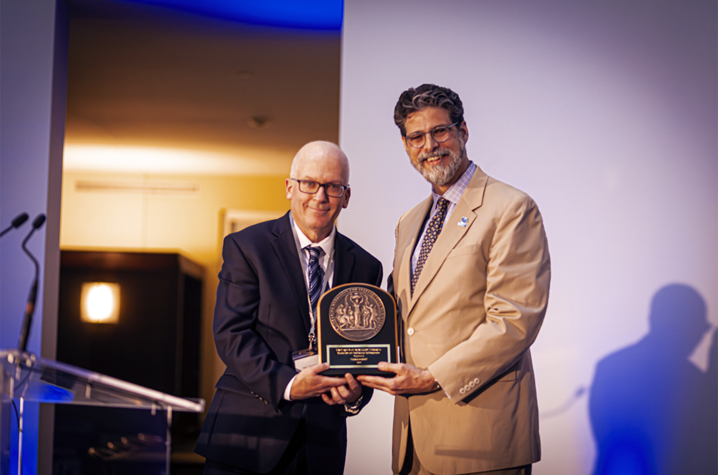 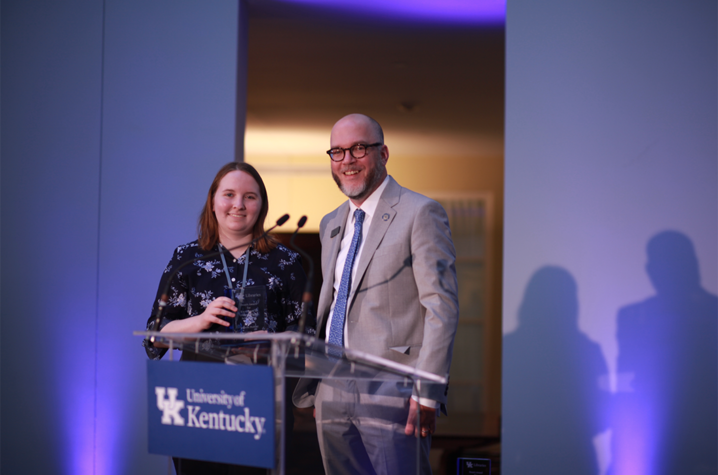 “It is an honor for the UK Libraries to be able to award this year’s Medallion to Tracy Campbell, Ph.D.  An outstanding educator and prodigious scholar,” said Doug Way, dean of UK Libraries. “Dr. Campbell has made a significant impact on his students at UK and in the broader scholarly conversation. His latest work, 'The Year of Peril: America in 1942,' shows the importance of understanding the past to understand the present-day and is indicative of why Dr. Campbell is so deserving of this honor.”

Campbell is the E. Vernon Smith and Eloise C. Smith Professor of American History in the UK College of Arts and Sciences. He is the author of five books, including "The Year of Peril: America in 1942" and the winner of the 2021 Barbara and David Zalaznick American History Book Prize from the New-York Historical Society. He was also appointed American Historian Laureate by the N-YHS. Among his other books, "Short of the Glory: The Fall and Redemption of Edward F. Prichard, Jr.," was nominated for the Pulitzer Prize, and "The Gateway Arch: A Biography" won the 2014 Missouri History Book Award.

A native Kentuckian, Campbell earned a B.A. from the University of Kentucky and a Ph.D. from Duke University. He has been teaching at UK since 1999 and was the recipient of the UK Alumni Association Great Teacher Award in 2010. In 2019, he was awarded a Stanton Foundation Grant to create the course, "The History of Misinformation." He has been featured on NPR’s Morning Edition and Weekend Edition with Scott Simon, “The World in Time” podcast with Lewis Lapham, and will be the guest on an upcoming “History with David Rubenstein” show on PBS.

“As an alum and a faculty member of the University of Kentucky, it is a profound honor to receive this award, especially considering the list of previous recipients,” Campbell said.

Professor Campbell was honored at the UK Libraries Spring Celebration on May 12. Also honored during the event were the 2022 recipients of the UK Libraries Dean’s Award for Excellence in Undergraduate Scholarship: Claire-Marie Hall and Isabelle Pethtel.

A senior majoring in nursing, Hall was recognized for her traditional paper, “The Effect of the COVID-19 Pandemic on Suicide Ideation.” Hall used the UK Libraries’ website, citation guides, academic search engines and databases, and recommendations from an information literacy session with librarian Stephanie Henderson to examine existing literature on the impact of COVID-19 on mental health and suicide and proposes potential areas for future research. Findings from Hall’s research paper have led to greater advocacy of suicide awareness training as part of the registered nurses’ license renewal process in Kentucky starting in 2022.

A senior majoring in digital media and design, Pethtel was recognized for her media project, “King of the Coop.” Using the King Library Press (KLP) and all its resources to inform her process of letterpress printing and hand bookbinding, Pethtel created an original publication, which included writing her own short story, illustrating images alongside the text, printing the book using the KLP’s Chandler and Price press, and hand binding the book herself. She credited KLP director Paul Holbrook and volunteer Frank Jones for guiding her through the process and for having a profound impact on her research.

The UK Libraries Dean’s Award for Excellence in Undergraduate Scholarship (Dean’s Award) recognizes and celebrates exceptional, original scholarship by students whose research projects make substantive and creative use of the UK Libraries’ collections, services, and resources. Applications for the Dean’s Award are accepted annually in the spring.