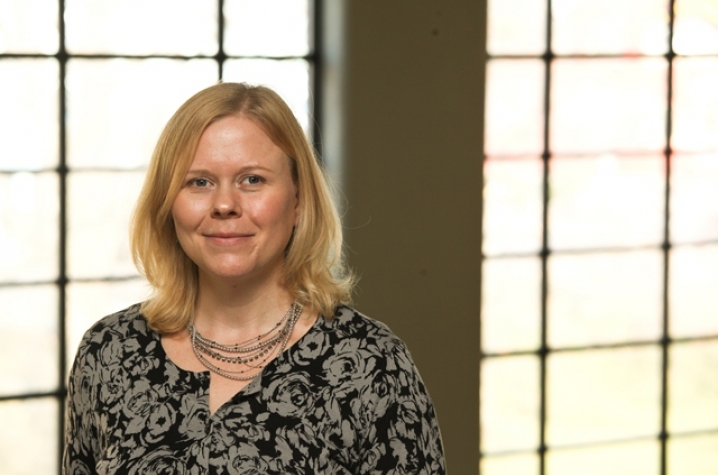 AWR is the journal of the Society for the Anthropology of Work, a section of the American Anthropological Association.

“(AWR) is a journal that looks at the variety of work and all of its forms,” said Lyon. “It looks at labor and work around the world and across time from an anthropological point of view.”

The role of AWR editor seems tailor-made for Lyon, who specializes in economic anthropology with a focus on the intersections of culture and economy.

“The way I like to think about it – and the way I tell my students to think about it – is as basically the study of how people make a living and how they make that living meaningful,” she explained. “I really work within a political economy framework.”

Lyon won’t take over as editor until July, but she believes that the current global economic environment provides a unique opportunity for AWR. Lyon has a particular interest in potential issues regarding current economic transformations and the debates concerning Occupy Wall Street.

“I maintain that there has rarely been a more exciting time to be a student at the intersection of economy and culture when we think about everything that’s going on around the world today,” Lyon said.

Since AWR is published twice a year, Lyon believes this allows them to focus on publishing high-quality articles. She also hopes to use her time as editor to build connections across the sub-disciplines of anthropology.

With this appointment, Lyon became the second member of UK’s Department of Anthropology to act as editor of AWR. She said that this reveals a lot about the quality of work being done at UK.  Ann Kingsolver, faculty member and director of the Appalachian Center, was a former editor of the journal.

“It’s great to have the journal come back to our department,” Lyon said.  “Our anthropology department has a really great critical approach to anthropology. The fact that we have two editors of this journal is evidence of the great focus of our department.”