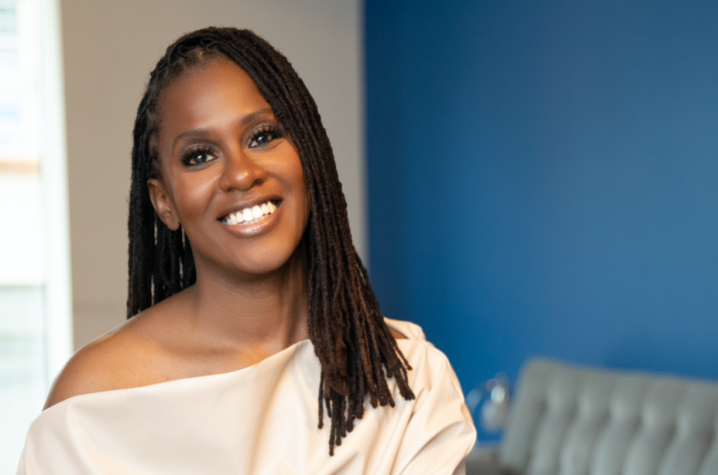 LEXINGTON, Ky. (Nov. 25, 2020) — Candice Nicole Hargons has been elected to the Board of Directors for the American Psychological Association (APA), the leading scientific and professional organization representing psychology in the U.S.

As one of the board’s 16 members, Hargons, an assistant professor of counseling psychology at the University of Kentucky College of Education, will oversee the APA’s work in representing the more than 121,000 researchers, educators, clinicians, consultants and students who comprise its membership.

“Her latest position with the APA is among several highly visible leadership roles Dr. Hargons has undertaken in recent years,” said Kenneth Tyler, chair of the Department of Educational, School, and Counseling Psychology. “We are proud to have her represent the field and continue to shine a light on our department at the national level.”

Previously, Hargons became the first early career professional in the history of the APA’s Society of Counseling Psychology to be appointed to its Council of Representatives and among only a handful of early career professionals to represent their states and organizations on the council. She used the opportunity to change policy, stand up for students and advocate for the council to focus on the role of psychologists in responding to issues such as police brutality. She also recently served on the executive board of the Kentucky Psychological Association.

Hargons, who is on faculty in the Department of Educational, School, and Counseling Psychology, is a prominent voice in the emerging science of racial trauma. She creates research-based ways to help heal the hurts of racism and uses her voice to modify systems that help create it.

“Dr. Hargons’ work is an example of the commitment the UK College of Education has made to using our teaching, research and service efforts to make a difference, particularly through developing knowledge that will uplift vulnerable populations,” said UK College of Education Dean Julian Vasquez Heilig, who is a professor in the Department of Educational Policy Studies and Evaluation. “We know she will do a tremendous job and make a deep impact through representing her field in this national leadership role.”

Hargons has been recognized with numerous scholarly and community service-focused state and national awards. In 2019, she was awarded a Presidential Citation from the APA for her commitment to pressing forward social justice agendas in psychology; her clear articulation of the numerous leadership roles psychology can take in reducing violence toward Black communities; for her social justice research focused on sex positive health; and the dissemination of these efforts to reach individuals and communities. Presented by Rosie Phillips Davis, the citation also recognized the leadership role Hargons has played in the psychology field’s focus on Black Lives Matter and her coordination of the Solidarity March for Black Lives at the 2016 APA convention.

Two of Hargons’ research papers received national recognition in 2018. In 2017, she created a 17-minute Black Lives Matter Meditation for Healing Racial Trauma for people who experience microagressions, oppression and other traumatic racist incidents. A Huffington Post article about the meditation has been shared more than 5,000 times and the meditation has been used at counseling centers on college campuses across the U.S. Recently, the meditation was used in one of Hargons’ research studies, exploring what happens, physiologically, when someone witnesses racism. She also has an Ally + Accomplice Meditation for Cultivating an Anti-Racist Mindset.

Hargons has initiated two national hashtag love campaigns for Black people and is founding director of the Center for Healing Racial Trauma. Her meditation and podcast have been highlighted in the press and picked up by numerous national blogs, extending the field of psychology’s reach to individuals and communities not previously served. Media featuring Hargons’ work in 2020 include Women’s Health, Good Housekeeping, Blavity, CNBC Make It and Newsy. In June, she joined CNN political commentator Van Jones and CNN correspondent Omar Jimenez for an online discussion on coping with and healing from the psychological chains of Juneteenth to today.