Watch the official video for "Home and a Hometown" by Hannah Ellis.

LEXINGTON, Ky. (Sept. 28, 2021) — With singers for parents, one University of Kentucky College of Communication and Information alumna is taking the family talents to country music’s most famous stage.

Singer/songwriter Hannah Ellis, a 2012 integrated strategic communication (ISC) graduate, is making her debut tonight at the Grand Ole Opry. After turning her hobby into her career, this performance will mark a milestone for the rising star.

“I’d been wanting to play the Opry for a really long time, since I was a really young kid,” Ellis said. “To be able to stand up there where all of my heroes stood is going to be a really special moment.”

Singing has been on Ellis’ radar nearly her whole life. Her parents were wedding singers who encouraged her and her siblings to sing in church and contests. However, it wasn’t until attending high school and committing to attend UK that Ellis decided singing was going to be her calling.

She came to UK and joined CI. There she became an ISC major, learning all the tricks and trades of public relations and marketing the most important brand of her profession — herself.

“You are the brand. You are the business. So being able to learn how to market myself and my music was exceptionally helpful when it came to my music career,” Ellis said. “I feel like I use tools that I learned in that major all the time in my music career.”

Not only did her CI classes help prepare her for a life of singing, but her CI professors and administrators were instrumental in the infancy of her music career. Her professors helped push her in the direction of her dreams by accommodating her assignment submission times and absences when music conflicted. Beth Barnes, then the director of the School of Journalism and Media, helped Ellis get an internship that allowed her to work out of Nashville while still being applicable for her degree.

After graduating, Ellis moved to Nashville, the country music capital of the world. She worked her way through the music scene, songwriting with the local community and even competing on season eight of “The Voice.”

Music became Ellis’ full-time job after she got a publishing deal in 2015. For the next two years, she focused on songwriting, performing shows and putting out her first, self-titled, self-financed EP (extended play).

Her efforts were rewarded in 2018 when she was named one of Rolling Stone’s “Artists to Watch” and CMT’s “Next Women of Country.” The year after, she performed along the east coast on the CMT Next Women of Country Tour with Cassadee Pope and Claire Dunn.

In March 2020, Ellis signed her record deal with Curb Records. With lots of new music coming out this fall, Ellis and her team knew this was the perfect time to perform at the Opry. This appearance will be particularly significant because it will also be a first for her dad, whom she called about the Opry news as soon as she got word.

“He said to me one of the sweetest things. He said, ‘Can you imagine being a country music fan for 55 years and the first time you get to go to the Opry, your daughter’s playing?’” Ellis said. “It was a pretty special moment to get to call him and tell him something that we had dreamed about was coming true.”

For her performance tonight at the Grand Ole Opry, Ellis is hoping to enjoy the moment she has worked so hard for and play for the fans who have helped her get this far. If you would like to watch or listen to Ellis’ Grand Ole Opry performance, Opry shows are available on Circle, the TV network that broadcasts the Opry, or stream the performances through the Circle website and the official Grand Ole Opry YouTube and Facebook pages. Opry broadcasts are also available live on Nashville's WSM-AM radio, as well as the station's website and mobile app.

If you would like to listen to Ellis’ release of “Home and a Hometown,” it is available on all music streaming services. Her new song “Us” will be available anywhere you listen to music on Oct. 1. 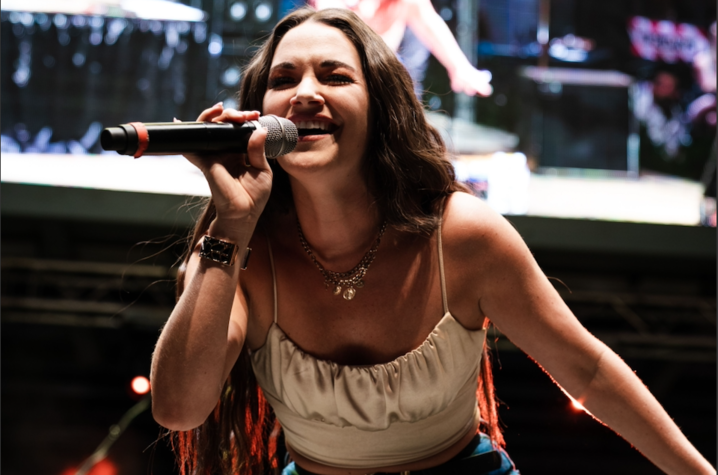