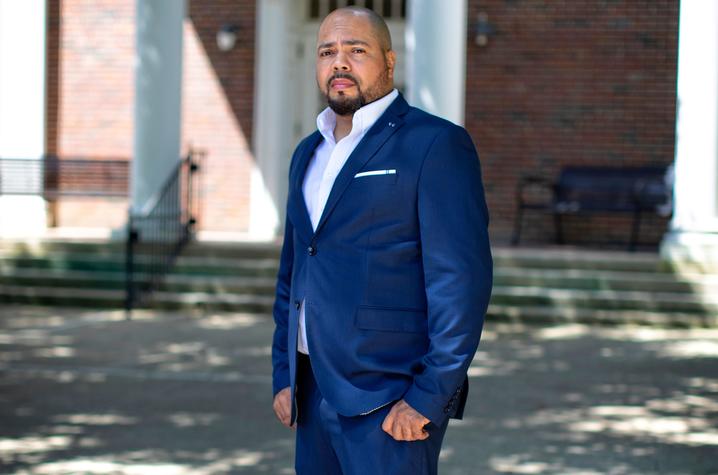 LEXINGTON, Ky. (March 25, 2021) — University of Kentucky College of Education Dean Julian Vasquez Heilig has been selected for the 2021 Millennium Leadership Initiative. He is part of an exemplary class of 32 senior-level higher education professionals across the U.S. taking part in the leadership development program.

The initiative provides individuals traditionally underrepresented in college and university leadership roles with the network and skills needed to lead within the highest ranks of postsecondary education, such as college president and chancellor roles.

“As a leader at the University of Kentucky since 2019, Julian has attracted a diverse group of talented faculty to the College of Education. These teachers and researchers are making an impact in areas such as critical theories on anti-racism, health disparities, and educational equity. It is an honor, to both Julian and the university, for his leadership potential to be recognized by the American Association of State Colleges and Universities,” said UK Provost David W. Blackwell.

Since the program’s inception 22 years ago, 662 protégés have graduated from the program. One-fifth have become a president or chancellor, and more than one-third have advanced significantly to other leadership positions within higher education, including at the state level.

During the program, Vasquez Heilig will have a yearlong mentorship with an experienced president or chancellor and four months of professional coaching from a retired president or chancellor. The experience is designed to help participants develop skills, gain a philosophical overview and build the network and knowledge needed to advance to the presidency level in higher education.

“It is an honor to be among the leaders selected for this year’s Millennium Leadership Initiative. Learning from the career experiences of some of higher education’s most talented presidents and chancellors will be invaluable,” Vasquez Heilig said.

Due to the COVID-19 pandemic, the institute will primarily take place online, with an in-person conference tentatively scheduled for June.

A prolific scholar, in the last decade alone, Vasquez Heilig has been an author or co-author on nearly 50 peer-reviewed journal and/or refereed articles or law reviews as well as chapters. Topics have been diverse in range and scope, covering issues such as racial equity and teacher preparation among many others.

He has been honored with more than 30 teaching, research and service recognitions, including a Ford Foundation Fellowship, the American Educational Research Journal Outstanding Reviewer award and named as a Diversity in Education Magazine Multicultural Champion. He also served as the education chair for the California Hawaii State Conference of the NAACP.

Vasquez Heilig’s work in higher education also includes serving on the faculty and as an academic leader at the University of Texas at Austin from 2006 to 2014.