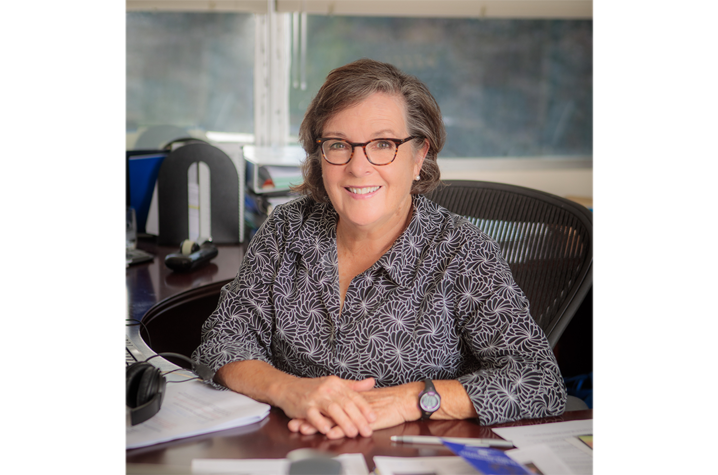 Nancy Cox (co-chair) is the vice president for land-grant engagement and the dean of the College of Agriculture, Food and Environment at the University of Kentucky. Photo by Matt Barton, UK Agricultural Communications.

LEXINGTON, Ky. (Oct. 8, 2020) — Supporters of the Horseracing Integrity and Safety Act (HISA) announced Oct. 6, the formation of a blue-ribbon nominating committee that will be responsible for selecting members of the board of directors of the HISA Authority as well as members of its two standing committees: Anti-doping and Medication Control, and Racetrack Safety.

Nancy Cox, vice president for land-grant engagement and dean of the University of Kentucky College of Agriculture, Food and Environment, will co-chair the seven-member nominating committee which was established through the collective efforts of leading thoroughbred industry stakeholders, including Breeders’ Cup, Churchill Downs Incorporated, Keeneland Association, and The Jockey Club.

“The nominating committee recognizes our responsibility to select the most qualified and dedicated individuals to comprise the board of the authority and its standing committees,” Cox said. “We are committed to this critical task and to the betterment of racing.”

The board of directors will consist of nine members, five of whom will be selected from outside the equine industry. Four members will be selected as representatives of various equine constituencies.

“The HISA will ensure that Thoroughbred racing is conducted with the highest integrity and safety standards under the aegis of the bill’s established authority,” stated Co-Chair Len Coleman. “With this goal in mind, the aggregate expertise of the board of the authority and its standing committees must span a wide range of areas from equine health and track management to regulation and lab testing standards.”

The seven members of the nominating committee bring their own unique expertise and experiences to the role:

The nominating committee will develop a list of candidates to comprise the board of the HISA Authority and its standing committees. The board will solicit input from equine constituencies, and interested parties who would like to suggest recommendations may do so at horseintegrityandsafety@gmail.com.

The HISA, introduced by Senate Majority Leader Mitch McConnell (R-KY) and U.S. Sens. Kirsten Gillibrand (D-NY), Martha McSally (R-AZ), and Dianne Feinstein (D-CA) on Sept. 9, 2020, will focus on the integrity of thoroughbred horse racing and the safety of thoroughbred racehorses and jockeys by requiring national, uniform safety standards that include anti-doping and medication control and racetrack safety programs. Identical legislation was introduced in the U.S. House of Representatives by U.S. Congressmen Andy Barr (KY-06) and Paul Tonko (NY-20). It was passed in the House on Sept. 29, 2020.

The HISA Authority will be an independent, nongovernmental regulatory body, run by an independent board, responsible for improving current regulations and bringing a new level of transparency to thoroughbred horseracing.

The Anti-Doping and Medication Control standing committee and the Racetrack Safety standing committee will each be composed of seven members. For both committees, the majority of the members will be independent and selected from outside the equine industry. A minority will be industry members selected to represent the various equine constituencies.