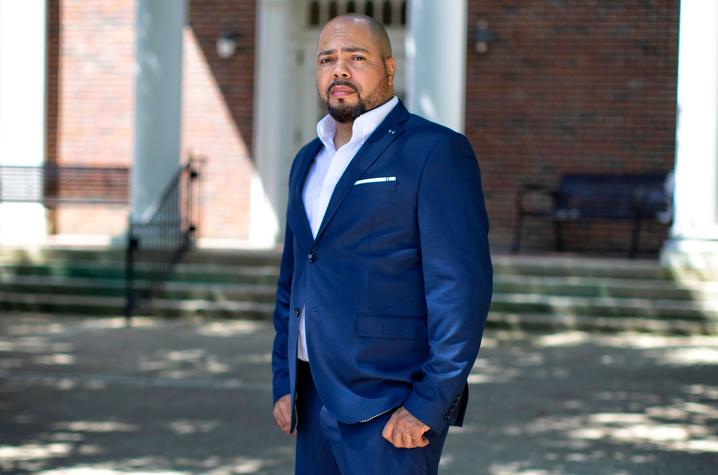 With a focus on making academic research useful and relevant to policy makers and the communities they serve, Vasquez Heilig works to move ideas from academic journals into the national conversation. He uses popular platforms such as podcasts, news media interviews, blogs and social media to reach audiences beyond academia and spark useful discussions.

Hess created the rankings to encourage academics to use their voices to inform discussions on education policy and practice.

About 20,000 scholars tackling education questions in the U.S. could be considered for the rankings, but only 200 are chosen. The ranking takes into account factors that demonstrate public influence such as citations of research, being quoted or mentioned in the press, web mentions, and being followed and retweeted on Twitter.

“Producing quality research on educational issues is important, but journal articles can be difficult to quickly interpret,” Vasquez Heilig said. “It’s our role, as academics, to ensure we are reaching the people who are impacted by educational practices, but don’t necessarily work in research. I am fortunate to be in a leadership role at a college that has long valued serving as a community resource. Our students, faculty, and staff are highly engaged in community issues and focus on being relevant and impactful in addressing local, state and national needs through research and service.”

Vasquez Heilig’s efforts to shape public discussion are cataloged in his "Cloaking Inequity" blog, read by more than 1 million people. His work, largely focused on equity and inclusion in education, has been cited by The New York Times, The Washington Post, Associated Press, USA Today, Education Week, Huffington Post and other print and electronic media outlets. He has also appeared to discuss his research on local and national radio and TV including PBS, NBC, NPR, Univision and MSNBC. Notably, Harvard’s Education Next magazine once named him as one of the top 10 education policy voices — the #2 ranked professor in the U.S.