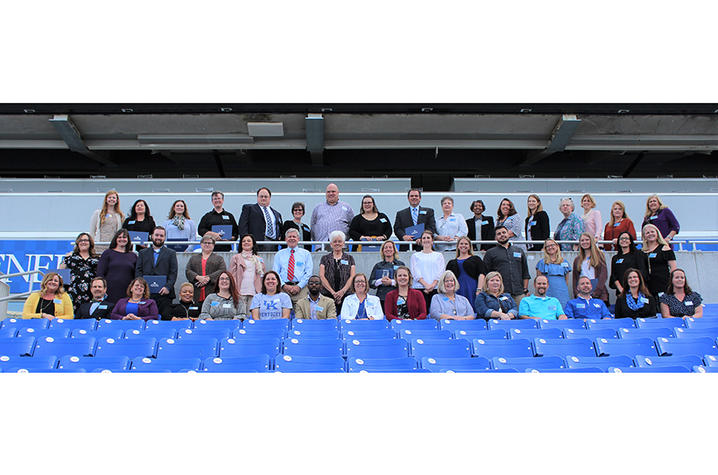 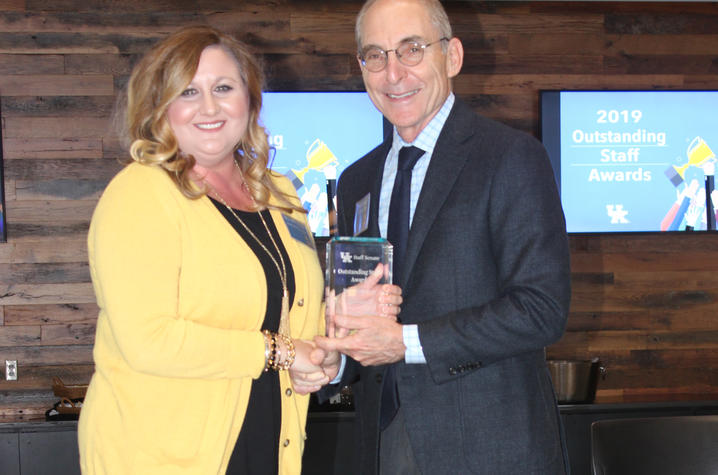 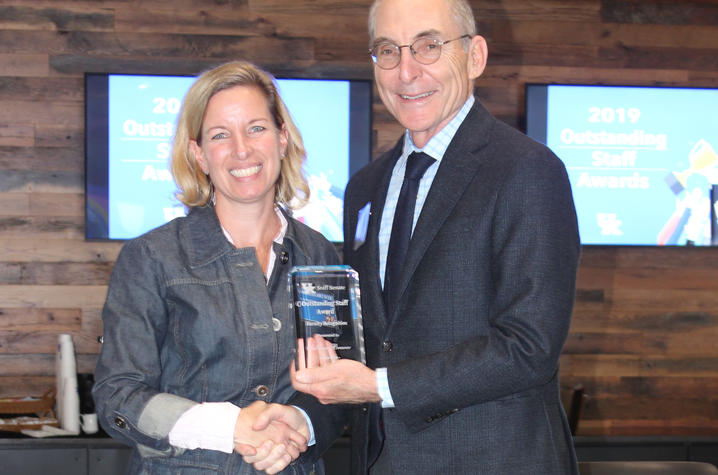 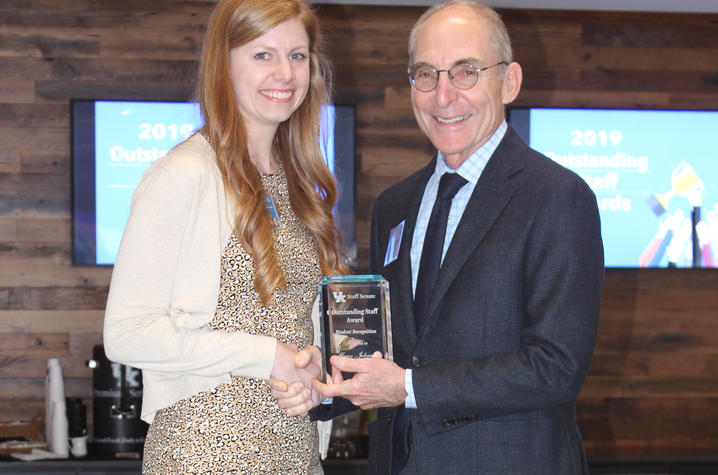 LEXINGTON, Ky. (Nov. 1, 2019) — Nearly 75 University of Kentucky staff members were honored recently by their colleges and divisions during the 2019 Outstanding Staff Awards (OSA) recognition ceremony. This is the 10th year for the event.

Sponsored by the President's Office and UK Staff Senate, the Outstanding Staff Awards recognize staff members who have been given an award within their department on a university level. Over 150 people were in attendance to honor the 72 staff members who received departmental awards.

In addition to the departmental winners, 15 finalists and three winners were named for the campuswide Outstanding Staff Awards. Each award is driven by nominations from either student, staff or faculty.

Glenn, the staff recognition winner, was also named Outstanding Staff Member of the year. Glenn works in the Pre-Op Clinic in UK HealthCare. She came into the office more than two hours prior to her shift to accompany a patient who had no family through a procedure. She said she felt that people should not have to go through “something like that” on their own.

“Hillary (Glenn) is the type of staff member we should all aspire to be," Jon Gent, chair of the Staff Senate, said. "All of our winners and finalists show the importance of a job well done, and we’re happy that this event allows us to tell these sorts of stories about the University of Kentucky family.”

The 72 OSA winners represented over 40 colleges and administrative units across the university. In addition, UK's cardiopulmonary team was recognized for winning the Quilt of Teamwork Award for Nursing Support.

The 2019 OSA department winners are:

For more information on Staff Senate, visit their website.