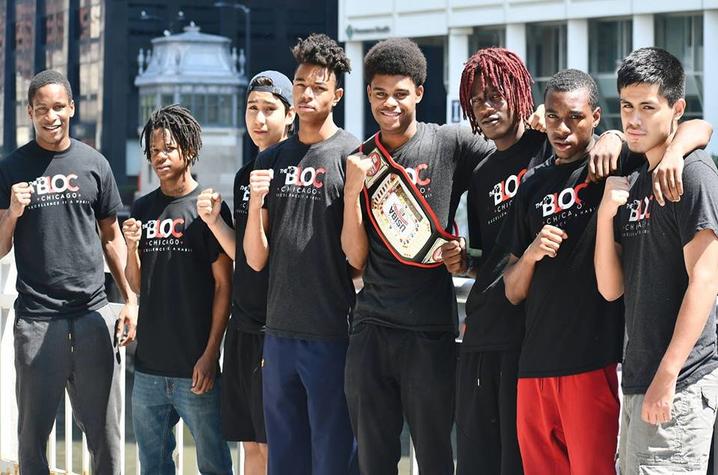 LEXINGTON, Ky. (July 3, 2019) — A University of Kentucky alumnus is receiving national attention for his remarkable efforts to help at-risk youth in Chicago, Illinois.

Jamyle Cannon has been named a CNN Hero. The television special was created to honor individuals who make extraordinary contributions to humanitarian aid.

In 2010, Cannon graduated with a bachelor's degree in social work from the UK College of Social Work (CoSW). Today, he's using his troubled past to create a better future for hundreds of children.

Cannon's story will move you. According to a recent CNN article, he frequently got into fights as a teenager. During his time at UK, Cannon finally found a way to confront, control and channel his anger — he took up competitive boxing.

In 2012, Cannon moved from Lexington to Chicago and helped found a charter school. When he decided to start a small boxing club, Cannon laid the foundation for what is now his nonprofit program, The Bloc.

The program uses boxing as a hook to get kids in the door and then provides them with tutoring and mentorship. According to The Bloc website, "Boxing attracts teens least likely to join tutoring and mentoring groups. Some are prone to aggression, while others want to build confidence or master a new skill."

You can read more about Cannon's method for success and how it's making a difference in the lives of students here.