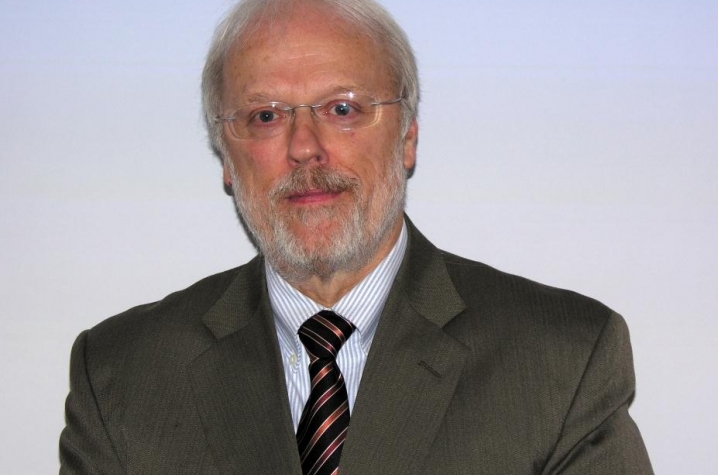 But Butterfield's work goes beyond the lab; his support of undergraduate and graduate research at UK is celebrated throughout campus and the Commonwealth, with every research grant and doctoral diploma awarded.

"He saw my potential and made me a better graduate student by making me a critical thinker," she said. "Dr. Butterfield was a wonderful mentor who was always very encouraging and supportive.  Even though I have since graduated from UK, Dr. Butterfield still plays a role in my career as a mentor."

In a seemingly perfect blending of talents, Butterfield has been appointed as chair of the Neural Oxidative Metabolism and Death Study Section (NOMD) of the Center for Scientific Review (CSR) of the National Institutes of Public Health (NIH).

The role has responsibilities as tall as Butterfield's new title is long. The CSR is the portal for all NIH grant applications and their review for scientific merit.

"Members are selected on the basis of their demonstrated competence and achievement in their scientific discipline as evidenced by the quality of research accomplishments, publications in scientific journals and other significant scientific activities, achievements and honors," said CSR Director Toni Scarpa in a congratulatory letter. "The skill and leadership offered by the chairperson determines to a significant extent the effectiveness and efficiency of the review group."

Butterfield will be contributing to the nation's biomedical research effort with each NOMD decision and award.

"I am humbled and honored by this appointment," said Butterfield, "and I believe this appointment reflects well on our department, the College of Arts and Sciences and UK, as well reflecting the strength UK has in research in Alzheimer’s disease,” he continued.  “I know this will be a daunting task, but I am excited to take it on."

The CSR organizes peer review groups that evaluate approximately 70 percent of the research grant applications sent to NIH, according to its website. "Since 1946, our mission has remained clear and timely: to see that NIH grant applications receive fair, independent, expert, and timely reviews -- free from inappropriate influences -- so NIH can fund the most promising research."