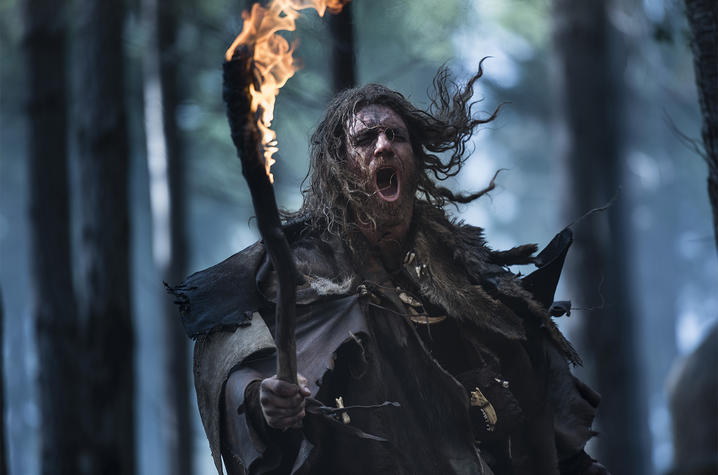 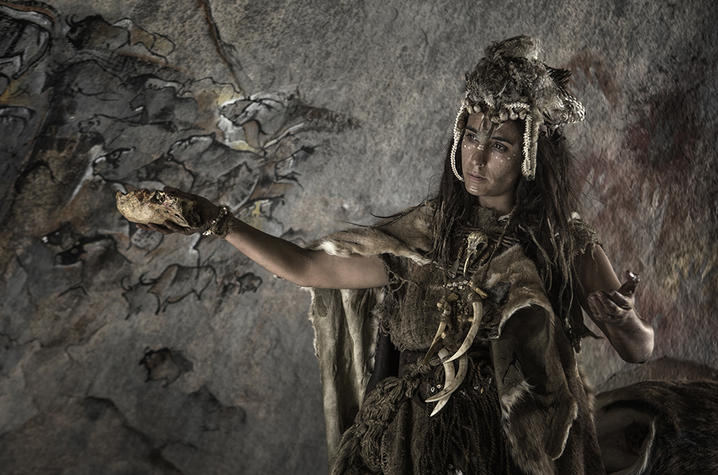 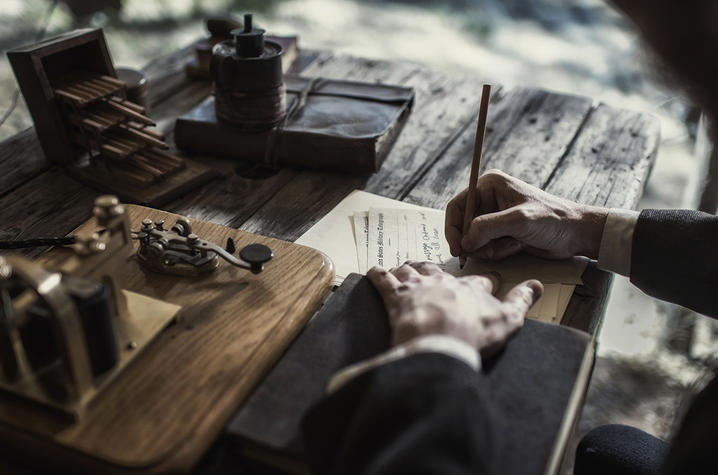 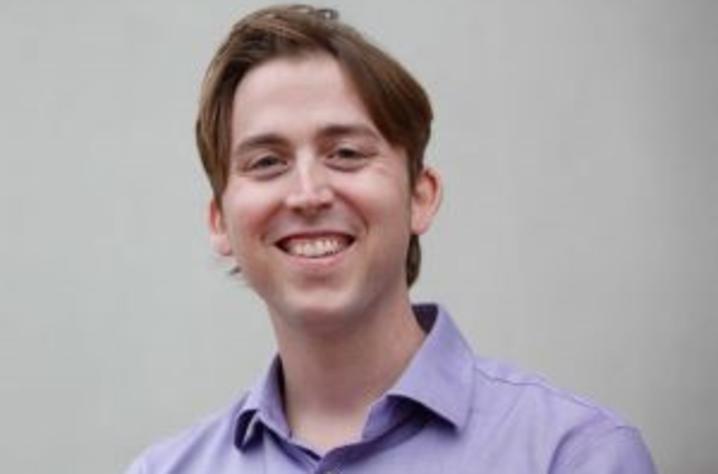 LEXINGTON, Ky. (April 7, 2017) — Throughout Andrew Byrd’s successful career in academia, he has pushed to understand ancient languages to a depth no one has before. His goal was to understand how languages spoken thousands of years ago actually sounded.

That scholarly obsession has led Byrd, an assistant professor of linguistics at the University of Kentucky, to places and experiences he never imagined. He just completed creating ancient languages for National Geographic Channel’s new series “Origins: The Journey of Humankind.”

The global notoriety began in 2013 when Byrd’s work caught the attention of the Archaeological Institute of America’s Archaeology magazine. The magazine published an online piece that included recordings of Byrd reading two fables he had constructed in the prehistoric language known as Proto-Indo-European (PIE). It wasn’t long before he was featured in several major news outlets, including the BBC, The Huffington Post, io9.com, Le Figaro, USA Today, Smithsonian magazine and more. To listen to Byrd explain and speak PIE, visit www.as.uky.edu/fables-reconstruction-andrew-byrd.

Byrd had always been enthralled by PIE, the language spoken before any of the Indo-European languages, such as Latin, Greek, Sanskrit and Old English and the prehistoric ancestor of hundreds of languages spoken today, including English, Spanish, Greek, Farsi, Armenian and more.

Linguists were familiar with PIE, but Byrd was one of the few determined to figure out how it might have sounded to the human ear.

To reconstruct the 7,000-year-old PIE, he first collected Indo-European translations of the same word. For example, he gathered the word “king” from those I-E languages and then looked for the common threads. He began noticing similarities to all the words meaning “king” or “ruler.”

“When you bring these words together, you’ll see that all of the words meaning king or ruler begin with something like an ‘r’ sound followed by a long vowel. Through examining trends in each language, you can tell which parts of the word have changed over time, and working backward from that you can peer into the past and get an idea of what PIE might have sounded like."

Not only has this fascination led to an illustrious career in academia, the commercial world has found an expert that can fulfill its creative fantasies in a realistic way.

He and his wife Brenna Byrd, also a linguist and assistant professor of German at UK, helped the video game creators Ubisoft bring to life "Far Cry Primal"©, which involved warring tribes in 10,000 BCE. Ubisoft wanted realistic conversations among the prehistoric Homo sapiens, so the Byrds partnered their skills. While he created the words and their sounds, she relied on her award-winning skill at teaching foreign languages to teach the game’s actors to speak the languages realistically.

After the video game was manufactured, it wasn’t long before another opportunity was offered to Byrd.

This one came from television’s National Geographic Channel. Producers wanted the UK linguist to help create verbal languages for a new series to be called “Origins: The Journey of Humankind.” Futurist Jason Silva hosts this visually arresting new series that offers a twist on conventional historical documentaries as it explores the big question of how humans “got from there to here,” in the evolution from apes to astronauts.

“Everything we do today has deep roots in the past,” Silva said in the show’s previews. “‘Origins’ deconstructs moments that show how we rebelled against our fate in the animal kingdom and found a way to rise up, transcend and forge a new future in the modern world.”

Byrd remembered an early conversation with the producers, “First, they said they were fans of my work in ‘Far Cry Primal,’ then they asked me if I could create languages in different time frames, even different parts of the world.”

“How about 14,000 years ago in Eurasia and northern Africa?”

“There’s a lot we don’t know about those regions, but yes, I can make an educated guess that will be reasonably close,” Byrd said.

“Those languages would be based on very little actual data, but I can make a good attempt,” he said.

The producers were more than happy with that answer, and now Byrd’s work can be found in virtually every episode of the new series.

As Silva says in an early episode, “If knowledge is power, communication is the jet fuel, the delivery system, the gift we give each other that links the modern world.”