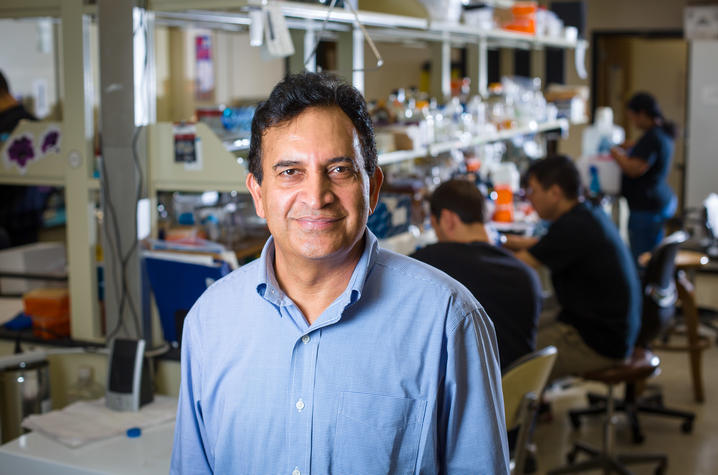 LEXINGTON, Ky., (Aug. 31, 2017) — The Entomological Society of America (ESA) recently named Reddy Palli of the University of Kentucky as the 2017 recipient of the Nan-Yao Su Award for Innovation and Creativity in Entomology.

This award was created by an endowment from Nan-Yao Su to recognize creative entomologists who have found alternative solutions to problems that significantly impact entomology.

Palli is a professor and chair of the UK Department of Entomology in the College of Agriculture, Food and Environment. He is the first recipient of this award from UK.

Palli studies hormone regulation of insect molting, metamorphosis and reproduction. He is internationally recognized for developing RNA (ribonucleic acid) interference technology that kills insect pests and fights resistance to insecticides, particularly in beetles. He also developed a gene-switch technology that may have important human health implications and is in Phase 3 clinical trials to fight cancer in humans.

He is co-director of the Center for Arthropod Management Technologies, a National Science Foundation Industry/University Cooperative Research Center.

Palli has published 170 journal articles and book chapters and co-edited a book. He is a co-inventor on 28 patents. He currently serves on the editorial boards of 10 journals and has served on grant review panels for the National Science Foundation, National Institutes of Health and the U.S. Department of Agriculture.

He has received numerous awards for his research. In 2014, Palli was named a fellow of the ESA. He has also received the ESA’s Recognition Award in Insect Physiology, Biochemistry and Toxicology.