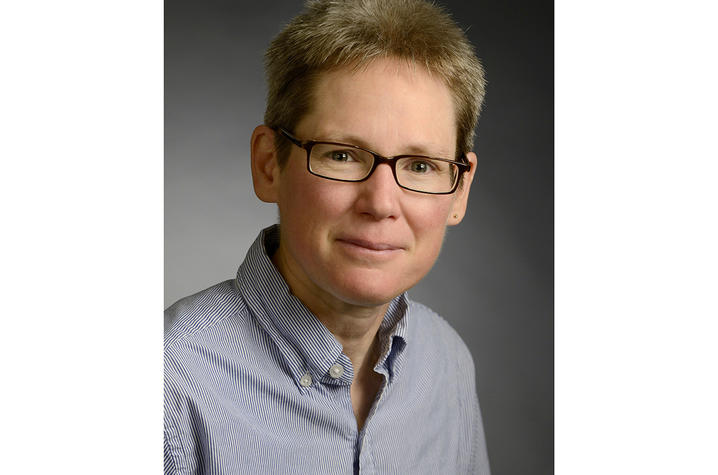 Ellen Riggle is passionate about her research to better understand how legal debates and policy issues impact LGBTQ individuals and same-sex couples.

LEXINGTON, Ky. (Jan. 3, 2020) — Ellen Riggle, professor and chair of the Department of Gender and Women's Studies and professor in the Department of Political Science at the University of Kentucky, has been named a Fellow of the American Psychological Association (APA).

“It is a great honor to be recognized by my peers for my research contributions,” she said.

APA is the leading professional and scientific organization representing psychology in the United States. The APA currently has 118,000 members consisting of psychologists, clinicians, consultants, educators, scientists and students.

Those awarded APA Fellow status have made unique and outstanding contributions to the field of psychology.

Riggle is passionate about her research to better understand how legal debates and policy issues impact LGBTQ individuals and same-sex couples. “We need to study how structural stigma, macro-level events such as elections, and minority stress impacts all people, including LGBTQ individuals and their families," she explained. "This research is needed in the context of the United States and in all countries.”

Riggle's thought-provoking research has garnered national attention. Her articles have appeared in leading professional journals, including International Perspectives on Psychology, Psychology of Sexual Orientation and Gender Diversity, and the Journal of Counseling Psychology.

Riggle is the recipient of the 2017 William B. Sturgill Award for "outstanding contributions to graduate education" from The Graduate School. Additionally, she is the 2019 Scholar-in-Residence at the Center for Law, Society, and Culture at the Indiana University Maurer School of Law.

Riggle is co-author of "A Positive View of LGBTQ: Embracing Identity and Cultivating Well-Being," which received the Distinguished Book Award for 2012 from the APA. Her latest book (co-authored with Sharon Rostosky), "Happy Together: Thriving as a Same-Sex Couple in Your Family, Workplace, and Community" was published by the American Psychological Association LifeTools Series in 2015.

Riggle's current projects include examining how policies impact LGBTQ individuals. More specifically, she is studying the effect of legal relationship recognition on the relationships of same-sex couples.

"Many people think that the U.S. Supreme Court legalizing marriage for all couples, including same-sex couples, ended the fight for marriage equality. Unfortunately, it did not," Riggle said. "Same-sex couples still face challenges and prejudice, so we continue to study the impact of both affirmative and discriminatory laws and policies.”