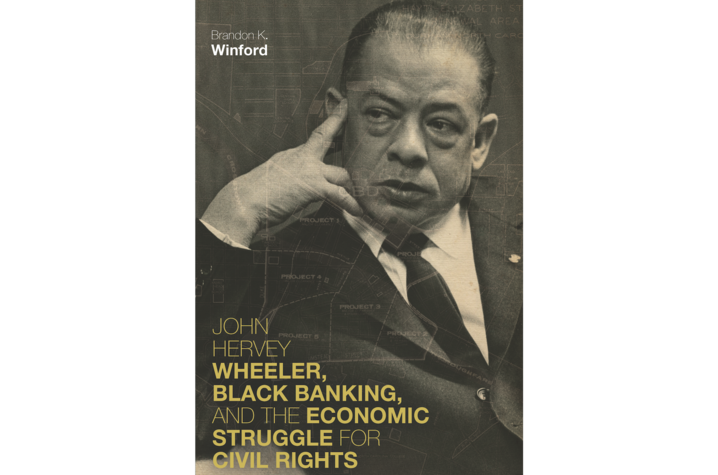 The Lillian Smith Book Award is presented to a book representing the ideals of a racially just society. The book is part of University Press’ Civil Rights and the Struggle for Equality in the Twentieth Century series.

“I’m extremely thankful and honored to receive this award, especially given how central the work of the Southern Regional Council, and by extension that of Lillian Smith, has been to my research in the area of black business and civil rights in the South,” Winford said. “I am happy to join a long and distinguished list of past winners, many of whom are historians whose work continues to inform my own.”

Winford’s work focuses on John Hervey Wheeler — a banker, lawyer and visionary who was one of the civil rights movement’s most influential leaders — who played a vital role in the fight for racial and economic equality throughout North Carolina. Utilizing previously unexamined sources, this biography examines the black freedom struggle through the life of North Carolina's most influential black power broker.

“It is truly an honor for the University Press of Kentucky to be awarded the Lillian Smith award,” said Ashley Runyon, press director. “Brandon Winford’s critically acclaimed biography is a worthy addition to UPK’s Civil Rights and the Struggle for Equality in the Twentieth Century series, which illuminates our understanding of the black struggle for political, economic and social equality.”

Winford is a historian of the late-19th- and 20th-century United States and African American history with areas of specialization in civil rights and black business history. He is currently an assistant professor of history at the University of Tennessee.