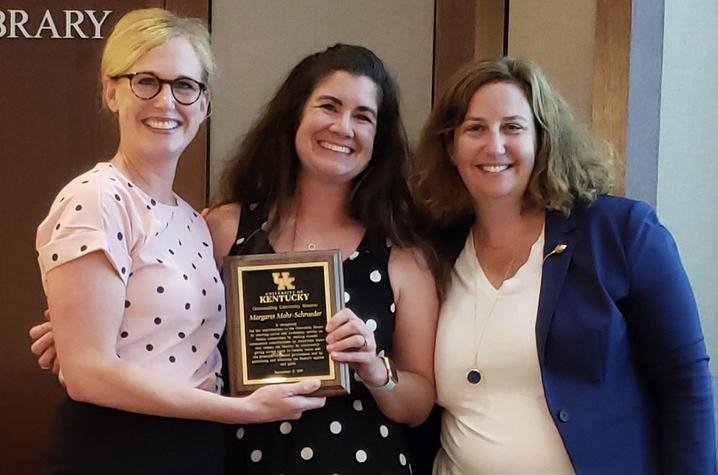 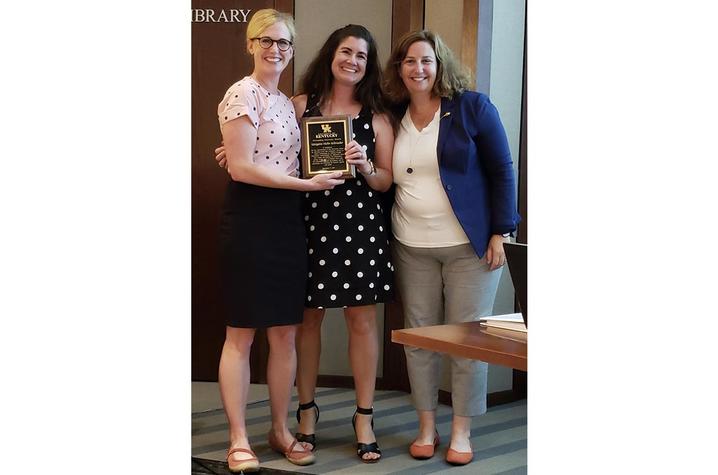 LEXINGTON, Ky. (Sept. 13, 2019) — University of Kentucky College of Education Associate Dean and Department of STEM Education Professor Margaret Mohr-Schroeder has been named the 2019 Outstanding Senator by the UK University Senate.

“Margaret was a centrally important part of the Senate during her term, leading one of the most active committees (Senate’s Academic Programs Committee) and serving as (the Senate Council) vice chair,” said Senate Council Chair Jennifer Bird-Pollan, UK Robert G. Lawson Professor of Law.

“Her dedication to the work of the Senate continued during last year’s record numbers of curricular approvals, as she volunteered her time to help with the review work despite her significant additional responsibilities as an associate dean in the UK College of Education,” Bird-Pollan said. “Margaret is a model of faculty participation in the work of shared governance, and we on the Senate are grateful for all she has done for us.”

First elected to the University Senate in 2011, Mohr-Schroeder served as chair of the Senate's Academic Programs Committee for three years and served as the vice chair of the Senate Council for one year, until her appointment as associate dean of the College of Education required her to step down from that role in September 2018. Although she had to give up her official Senate affiliations, she volunteered to rejoin the Senate Academic Programs Committee on an ad hoc basis to help the group work through the exceptionally large number of program proposals submitted, many of which were for the Our Path Forward initiative.

One of Mohr-Schroeder’s anonymous nominators wrote in their recommendation, “I’d like to nominate former Senator Margaret Mohr-Schroeder for this award. Margaret was a very active member of the Senate during the years of her membership, serving on the Senate Council and chairing the Senate’s Academic Programs Committee (SAPC). Margaret’s dedication to Senate matters led to her spending hours every week interacting with other senators, and with faculty members all across campus to help them improve their program proposals.”

“Margaret epitomizes each criterion for this award,” said Jennifer Osterhage, Senate Council vice chair, who convened the group that reviewed nominees for the Outstanding Senator Award . “She made substantive contributions to important faculty issues, both in her role as Senate Council vice chair and as chair of the Senate Academic Programs Committee. After her appointment as associate dean in the College of Education, she mentored me as I transitioned into the vice chair role. I am inspired by her commitment to our academic programs and to the principles of faculty governance.”