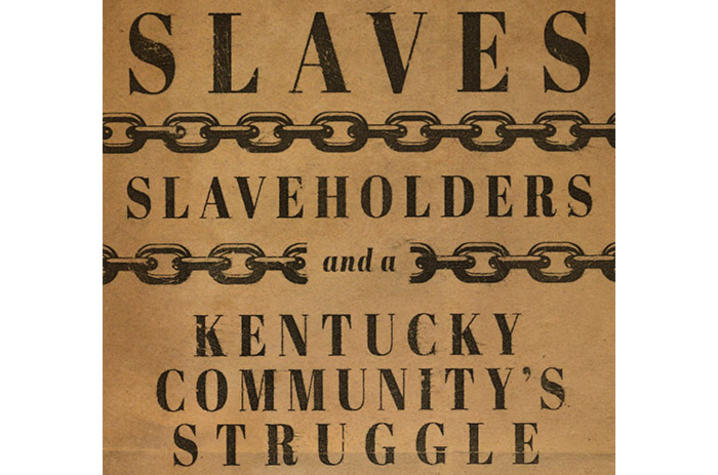 LEXINGTON, Ky. (Oct. 1, 2019) — Elizabeth Leonard’s “Slaves, Slaveholders, and a Kentucky Community’s Struggle toward Freedom” is the 2019 winner of the Thomas D. Clark Foundation’s Medallion Award. Leonard is a history professor at Colby College in Waterville, Maine.

The nonprofit Clark Foundation gives the annual award in support of the University Press of Kentucky (UPK), which published Leonard’s book. After reviewing several top UPK books published in 2019, a committee of the foundation chose Leonard’s book because of its high standards for research and writing exemplified by the award’s namesake, the late, distinguished historian Thomas D. Clark.

“Much of what we know about Kentucky history and culture rests on works published by the University Press of Kentucky, and Professor Leonard’s book adds greatly to this tradition,” said Stan Macdonald, president of the Clark Foundation’s board.

“She illuminates with pace and clarity the dramatic personal journey of Joseph Holt as he rises from the shackles of his large slaveholding family in Breckinridge County, Kentucky, to a prominent position in President Lincoln’s administration and a life advocating for emancipation and civil rights," Macdonald said. "Unearthing hard-to-find historical records, the author also pieces together the lives of slaves from this same area of Kentucky, including the story of Sandy Holt, who had been acquired by Joseph Holt and who later joined the 118th United States Colored Infantry during the Civil War.”