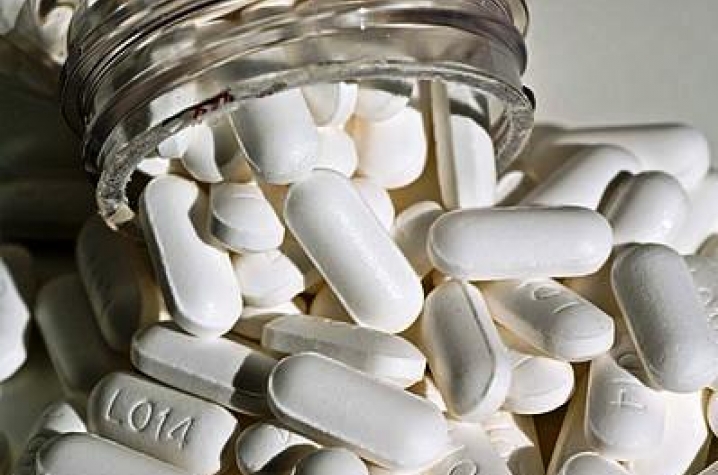 LEXINGTON, Ky. (Dec. 22, 2009) - Headaches and heartaches. Broken bones and broken spirits. Hurting bodies and hurt feelings. We often use the same words to describe physical and mental pain. Over-the-counter pain relieving drugs have long been used to alleviate physical pain, while a host of other medications have been employed in the treatment of depression and anxiety. But is it possible that a common painkiller could serve double duty, easing not just the physical pains of sore joints and headaches, but also the pain of social rejection? A research team led by psychologist C. Nathan DeWall of the University of Kentucky College of Arts and Sciences Department of Psychology has uncovered evidence indicating that acetaminophen (the active ingredient in Tylenol) may blunt social pain.

“The idea—that a drug designed to alleviate physical pain should reduce the pain of social rejection—seemed simple and straightforward based on what we know about neural overlap between social and physical pain systems. To my surprise, I couldn’t find anyone who had ever tested this idea,” DeWall said.

According to a study due to be published in the journal Psychological Science, DeWall and colleagues were correct. Physical and social pain appear to overlap in the brain, relying on some of the same behavioral and neural mechanisms.

DeWall and colleagues investigated this connection through two experiments. In the first experiment, 62 healthy volunteers took 1,000 milligrams daily of either acetaminophen or a placebo. Each evening, participants reported how much they experienced social pain using a version of the “Hurt Feelings Scale” – a measurement tool widely accepted by psychologists as a valid measure of social pain. Hurt feelings and social pain decreased over time in those taking acetaminophen, while no change was observed in subjects taking the placebo. Levels of positive emotions remained stable, with no significant changes observed in either group. These results indicate that acetaminophen use may decrease self-reported social pain over time, by impacting emotions linked to hurt feelings.

“We were very excited about these initial findings,” DeWall said. “The next step was to identify the neural mechanisms underlying the findings.”

In the second experiment, 25 healthy volunteers took 2,000 milligrams daily of either acetaminophen or a placebo. After three weeks of taking the pills, subjects participated in a computer game rigged to create feelings of social rejection. Functional magnetic resonance imaging (fMRI) employed during the game revealed that acetaminophen reduced neural responses to social rejection in brain regions associated with the distress of social pain and the affective component of physical pain (the dorsal anterior cingulate cortex and anterior insula). In other words, the parts of the brain associated with physical pain lit up in the placebo subjects when they were rejected, while the acetaminophen group displayed significantly less activity in these brain areas in response to rejection.

According to the academic paper detailing the experiments: “…findings suggest that at least temporary mitigation of social pain-related distress may be achieved by means of an over-the-counter painkiller that is normally used for physical aches and pains…. Furthermore, many studies have shown that being rejected can trigger aggressive and antisocial behavior, which could lead to further complications in social life…. If acetaminophen reduces the distress of rejection, the antisocial behavioral consequences of rejection may be reduced as well.”

Researchers caution that readers should not immediately stock up on acetaminophen to ease social pain and anxiety, noting “[t]o be sure, our findings do not constitute a call for widespread use of acetaminophen to cope with all types of personal problems. Future research is needed to verify the potential benefits of acetaminophen on reducing emotional and antisocial responses to social rejection.” Long-term or high-dosage use of acetaminophen has also been linked to serious liver damage, so it is important for patients to follow all package directions and consult their physicians if they are contemplating taking any medication for an off-label use.

“This research has the potential to change how scientists and laypersons understand physical and social pain. Social pain, such as chronic loneliness, damages health as much as smoking and obesity. We hope our findings can pave the way for interventions designed to reduce the pain of social rejection,” DeWall said.

For more information contact Allison Elliott, University of Kentucky Public Relations, at (859) 257-1754 ext. 249 or via e-mail at allison.elliott@uky.edu.