Video by UK Research Communications and UK Public Relations and Marketing. To view a transcript of the video, click here.

LEXINGTON, Ky. (Oct. 24, 2011) — A breakthrough in research at the University of Kentucky could lead to significant improvements in carbon capture technology. State officials joined UK representatives Oct. 21 to announce funding to scale up the technology's research, which uses algae to capture carbon dioxide from coal-burning power plants and convert it to biomass.

The technology is so promising that the Kentucky Energy and Environment Cabinet is committing nearly $1.3 million over two years for the UK Center for Applied Energy Research (CAER) to demonstrate the process at East Kentucky Power Cooperative's Dale Power Station in Winchester, Ky. EKPC is contributing in-kind costs to the project estimated at $75,000, and UK is providing a $543,663 cost share.

"It's imperative that we find ways to use our abundant coal resources in an environmentally sensitive manner to affordably provide the growing demands for energy in Kentucky," Gov. Beshear said. "Our success in achieving this goal will truly benefit Kentucky's citizens, businesses and industries. It will also benefit the nation as a whole, which heavily depends on the manufactured goods Kentucky is able to produce thanks to our relatively low electricity rates. That is why we support projects such as this and are grateful to the Kentucky General Assembly for its leadership and support, as well."

Researchers from the CAER and the UK Department of Biosystems and Agricultural Engineering are using the algae to convert CO2 emissions into biomass. The double reward of the research is that it appears that valuable co-products can be gained at the end of the process. Like plants, algae use CO2 to grow. Researchers are looking at the potential of using waste CO2 and heat from a coal-fired power plant to cultivate algae, which can then be processed into value-added products like biodiesel, animal feed, fertilizer, and chemicals.

This demonstration will use a closed culture system with vertical photobioreactor tubes that are 8-feet tall by 5 inches in diameter. Once the system is installed, the entire bank of tubes will equal the length of a football field. Algae and water flow continuously through the tubes, with no water loss. The algae are continuously harvested by sedimentation. This is a simple, inexpensive process where the algae settle in a tank and are then removed as a thick paste.

"East Kentucky Power Cooperative is proud to partner with UK and the state to explore viable options for reducing carbon dioxide emissions from power plants while keeping costs affordable," said Tony Campbell, CEO of EKPC. "This research is vital to EKPC and to Kentucky's economy."

The smaller-scale project began in a commercial-scale greenhouse at CAER and has been refined for the last three years.

"Carbon dioxide levels have risen in the last several decades in part because of fossil fuel combustion,” said Rodney Andrews, director of CAER. “However, coal will remain the main source of electric power for the foreseeable future. This project is one of the technologies that could curb CO2 emissions, while burning fossil fuels to allow coal to be burned in a more carbon neutral way."

"This project furthers the goal of one of the key strategies in Gov. Beshear’s energy plan: to initiate aggressive carbon capture and sequestration projects for coal-generated electricity in Kentucky," said Energy and Environment Secretary Len Peters. "We recognized that the use of algae to capture carbon dioxide from power plant emissions deserved further research because of the co-benefit that results from the production of biofuel. This project is an example of how our partnership with the CAER can advance clean energy in the Commonwealth."

The CAER is one of UK's multidisciplinary research centers. Its energy research provides a focal point for coal and environmental research in Kentucky. Research efforts are directed to: coal cleaning, beneficiation, utilization, and conversion process technologies. Environmental issues relating to fuel use and coal combustion by-products constitute a major effort, along with the derivation of high added-value materials and chemicals from energy resources. The CAER is a non-academic unit that is staffed by professional scientists and engineers, has extensive interactions with faculty members and students, and provides analytical services for outside organizations. 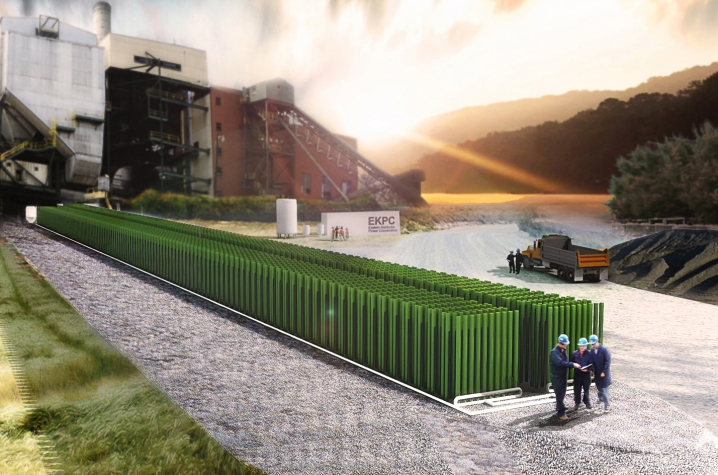 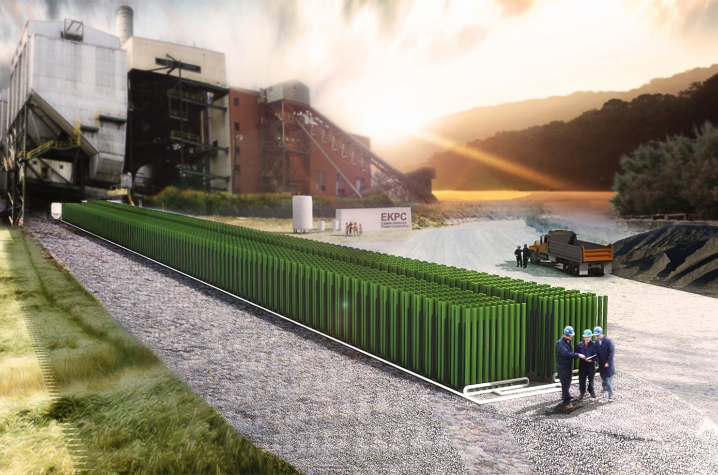 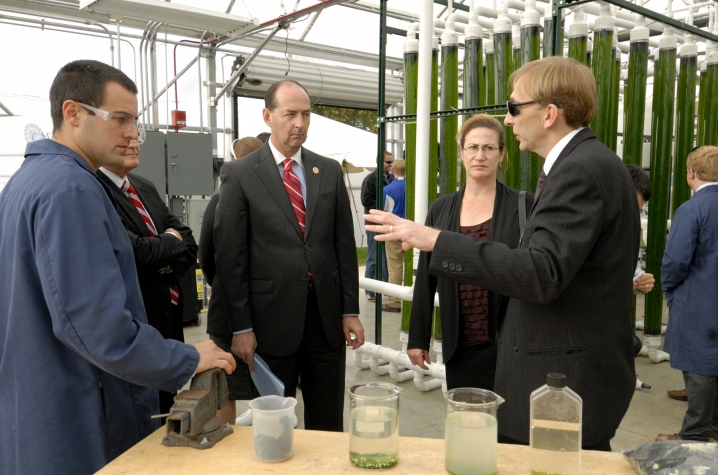 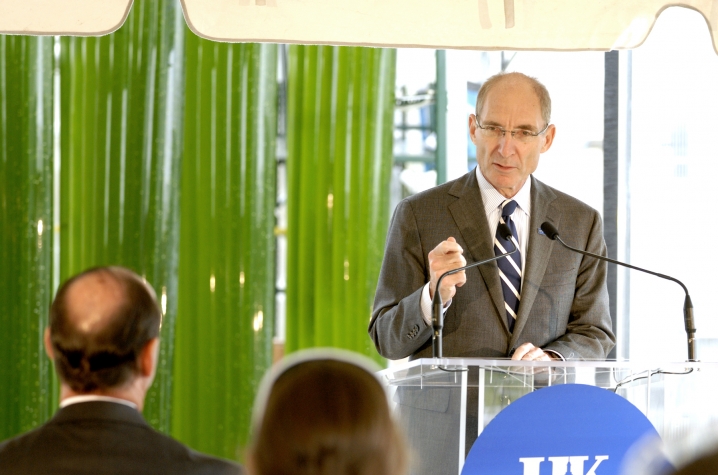 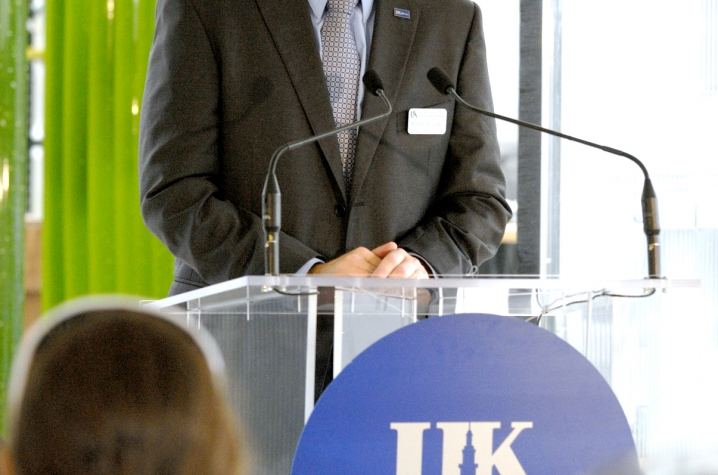 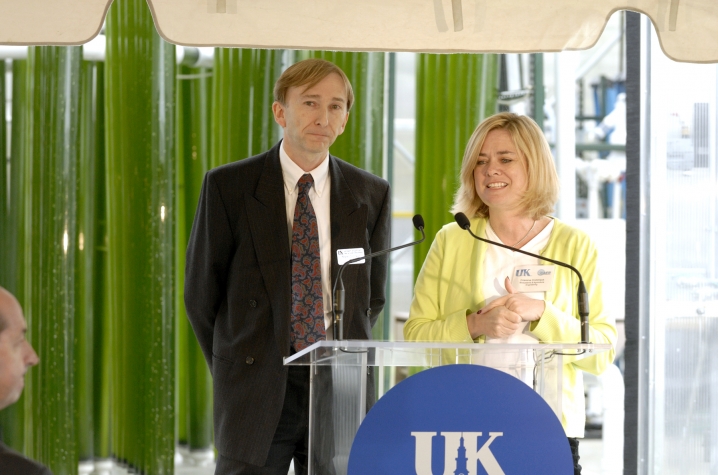