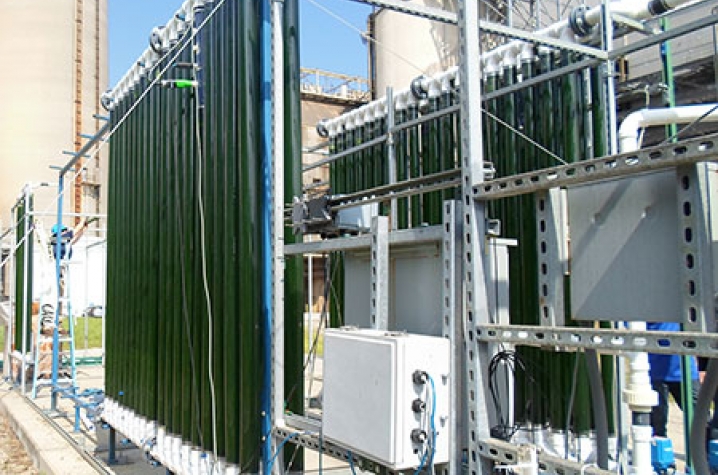 LEXINGTON, Ky. (Oct. 2, 2015) — The U.S. Department of Energy has awarded nearly $1 million to a research team at the University of Kentucky Center for Applied Energy Research (CAER) for its microalgae-based carbon dioxide capture project.

CAER's Biofuels and Environmental Catalysis team's project was one of 16 selected by the DOE to receive funding through the National Energy Technology Laboratory (NETL) Carbon Capture Program, which funds development and testing of transformational carbon dioxide (CO2) capture systems for new and existing coal-based power plants. According to the DOE's website, research funded by this program is expected to help overcome limitations of singular, standard gas treatment systems, such as those based on solvents, sorbents, or membranes alone.

"Our initial work has shown that capture and utilization of power plant CO2 emissions using microalgae is feasible from a technical standpoint," said Mark Crocker, CAER associate director in biofuels and environmental catalysis. "This project aims to lower the costs of this approach to CO2 utilization and identify remaining areas where work is needed."

The DOE is funding $990,480, while $266,935 will come from the university and other project partners. Total funding is $1,275,415. The UK team will also work with researchers from the University of Delaware's College of Earth, Ocean, and Environment and ALGIX, LCC in Meridian, Mississippi.