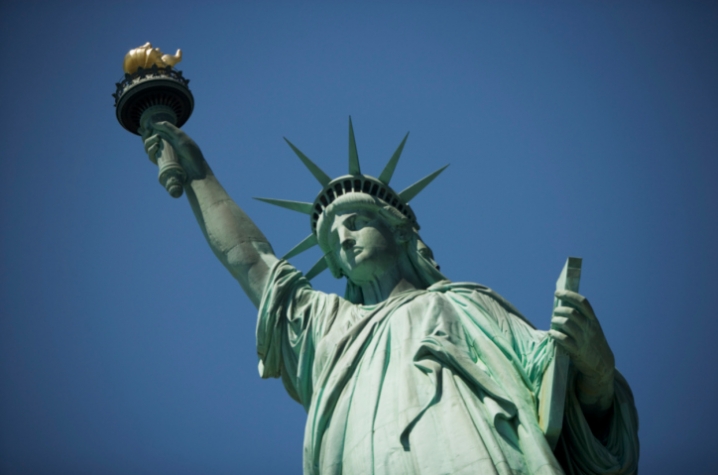 LEXINGTON, Ky. (Sept. 17, 2010) − "All persons born or naturalized in the United States, and subject to the jurisdiction thereof, are citizens of the United States and of the State wherein they reside." The Constitution's 14th Amendment states that anyone born in the U.S. is inherently a citizen, a concept known as birthright citizenship or jus soli -- "law of ground" in Latin.

The majority of Americans believe that the U.S. has a high legal immigration rate relative to its peers in the developed world, with naturalization laws integrating diverse nationalities easily and peacefully. University of Kentucky sociology professor Tom Janoski begs to differ in his latest book, "The Ironies of Citizenship: Naturalization and Integration in Industrialized Countries," published by Cambridge University Press.

"We think that we're a great naturalizer, but countries such as Canada and Sweden are much more welcoming," he said. "Take a cold look at naturalization, and we don’t look that good."

According to Janoski, most explanations of naturalization don’t focus on the facts. Culture, literature and commercial interests play a major role in the debate and strongly affect the citizenship discussion. Janoski breaks with the trends and established theories, proposing a new approach, based on true global naturalization rates over time.

"The broader question I deal with is how countries differ in accepting or rejecting immigrants, and naturalization is a major force to create acceptance," he explained. "Think of it this way: is the U.S. going to put Spanish on its dollar bills?"

Janoski looks at regime types, nationality laws and naturalization rates and includes jus soli births in his numbers, which raises rates and controversializes his research within the immigration space. "I am shaking up the demographic area of sociology," said Janoski. "There just hasn't been much comparative work done."

Demographers look at numbers associated with births, deaths and other meticulously kept records, such as fertility, education and retirement. "Immigration is messy, and I'm on different turf," explained Janoski. "I feel like this is important, and I'm quite surprised we've never examined naturalization in this way."

Sociologists, demographers and political scientists alike have no idea what constitutes an immigrant in the U.S., according to Janoski. Tourism, business and educational travel only confuse the issue.

"Honestly, does the U.S. know how many foreign people live here?" asked Janoski. "We can't provide proof of our citizenship, because we don’t have identity cards."

To come up with concrete answers, Janoski analyzed international naturalization rates through carefully designed case studies, comparing two to four countries within and between regime types, including Austria, Belgium, France, Germany, Great Britain and The Netherlands. Janoski then tested each country with cross-sectional pooled regression techniques especially suitable to slow-moving but dynamic institutions. The gradual development of a nation's policy and culture coincides well with this type of assessment.

After completing comprehensive historical and cross-sectional analyses of 18 countries over 37 years and controlling for all variables, Janoski's research led to some concrete conclusions. Despite what many might think, increased immigration, unemployment and the wealth of a nation have little bearing on naturalization. A country needs a reason to nationalize people, according to Janoski. Every country behaves in its own way toward immigrants and the process of naturalization, and it all stems from various industrial and social needs, as well as political climate.

Janoski hopes that his book "shakes Americans out of their notion that America is accepting of immigrants," he said. "We do not fit the image that we have of ourselves. We live a contradiction. If we're going to claim to be a great naturalization, then, we have to face the challenges associated with it."