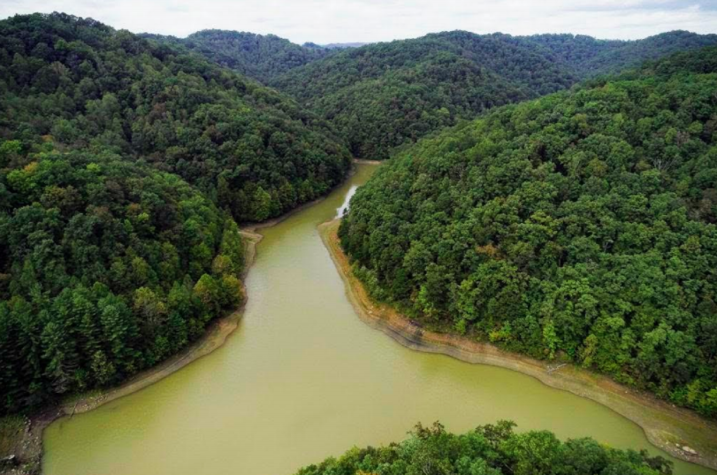 LEXINGTON, Ky. (Nov. 13, 2019) — A recently published a report on the failing water system of Martin County in Eastern Kentucky finds that almost half of the county’s residents cannot afford their current water service. Residents and county advocates are now asking for a termination in rate increases, as they are already paying some of the highest water bills in the state.

A participant of the Community Leadership Institute of Kentucky (CLIK), a leadership development training program offered by the University of Kentucky Center of Excellence in Rural Health, the Kentucky Office of Rural Health and the UK CCTS Community Engagement and Research Program, Ricki Draper is co-author on the Drinking Water Affordability Crisis executive report. Draper, now working as the Community Engagement Coordinator for LiKEN, a non-profit organization, said there has been no coverage of the water affordability issue because individuals in the community were not fully aware of the severity of the problem.

Through her affiliation with the Martin County Concerned Citizens organization, Draper co-authored the report with Mary Comer, deputy director and environmental attorney for the Appalachian Citizens’ Law Center.

Martin County has become a prime example of rural communities struggling to maintain failing and aging water systems, especially as rural populations shrink. Even though Martin County is one of the poorest in the state, it ranks in the top 10 for the highest average water bills. Despite unaffordable costs of services, the water is unsafe and undrinkable, sometimes leaving residents ill. Similar issues have garnered national media coverage due in the water crisis in Flint, Michigan.

“In January 2018, the water system in Martin County collapsed. Pipes froze, pumps froze and some households went without running water for 21 days. At the same time, the Martin County Water District requested a 49% rate increase. This request for a massive rate increase was an affront to community members who didn't have running water. Furthermore, even when the water does run, a majority of customers do not trust the water coming out of their tap. Almost everybody I've talked to relies almost entirely on bottled water for drinking and cooking — if they can afford it,” Draper said of the inspiration behind the report, which was covered by local media including local public radio, as well as by Morning Edition on NPR and by the Associated Press.

While the bulk of funding for the report came from the Appalachian Citizens Law Center and Martin County Concerned Citizens, Draper said that participating in the University of Kentucky Center for Clinical and Translational Science’s CLIK program provided additional resources and other forms of support integral to the research. Through the training sessions of CLIK, for example, Draper learned how to effectively frame community individuals’ narratives and integrate stories with data.

“Being a part of CLIK has been an incredible experience. I love the integration of academic research and community work — I think each component strengthens the other. Through my involvement with CLIK, I've built meaningful and long-lasting relationships with other people and organizations committed to improving the health and vitality of Eastern Kentucky. And having a mentor I can talk to about some of the more challenging academic processes is also really helpful.”

Kathryn Cardarelli, Ph.D., director of CLIK and associate professor of Health, Behavior & Society in the UK College of Public Health, said that through a combination of didactic sessions, hands-on applications, and the support of UK faculty, CLIK enhances local capacity for community-engaged research and solutions.

“Community-academic partnerships are something I feel very strongly about,” said Cardarelli, “because those of us who are working to mitigate health inequities know that they are the result of dynamic multi-level factors that occur inter-generationally. In order to tackle such challenging health inequities, we as scientists cannot do it alone. We must rely on community partners to provide input in the design, implementation, interpretation, and dissemination of research into the community. These community-academic partnerships allow for research for action, and not research done for research’s sake.”

Draper echoed how essential it was that the effort be led from within the community.

“This report would not have been possible without the community leaders in Martin County that direct our work and vision. Every step of this research process involved input and direction from community members. Before publishing the report, we held a meeting in the county to get feedback from people who are directly experiencing this water affordability and water quality crisis. Their input helped shape the final product, and especially the list of demands that resulted from our research,” she said. While the Drinking Water Affordability Crisis report outlines several suggestions for alternative courses of action to address the issue, Draper hopes it will at least provide important context to community members and bring people together in action against continual increase in water rates.

“A huge part of it is that for people to recognize that they are not alone in this and that is not a personal failure that they are having trouble paying their water bills. It’s a product of the political and historical situation in the county.”