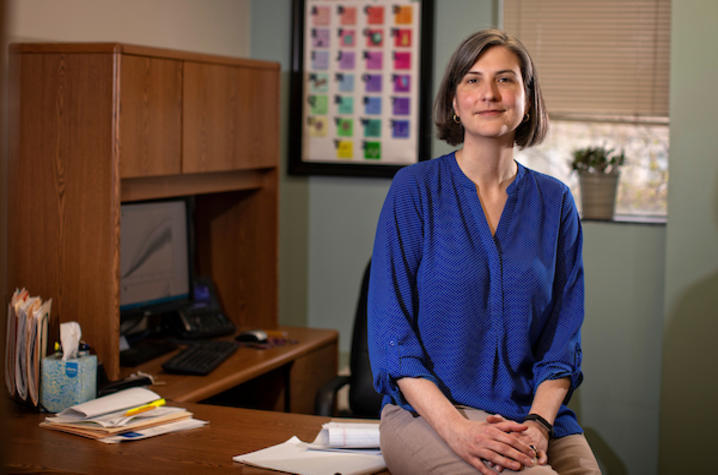 The Journal of Alzheimer's Disease has published a study by Dr. Erin Abner demonstrating that smoking is not associated with a higher risk of dementia. UK Photo | Mark Cornelison

LEXINGTON, Ky. (March 26, 2019) – It's an irrefutable fact that smoking is bad for you. Study after study has proven that smoking increases your risk for cancer, heart disease, diabetes – even blindness.

But dementia? Not so fast. A recent study has demonstrated that smoking is not associated with a higher risk of dementia.

Many previous studies have found a correlation between smoking and dementia. However, Erin Abner of the University of Kentucky's Sanders-Brown Center on Aging (SBCoA) and colleagues wanted to explore outcomes using a different method of data analysis.

"The underlying data [in those studies] was solid, but the analysis didn't take into account the idea of competing risk of mortality, which we felt was an important factor to consider with smoking," Abner said. "In this case, if smoking kills someone before they show signs of dementia, how can you accurately count that person? We think those deaths should be accounted for when predicting dementia risk."

Abner et al examined longitudinal data from 531 people who were part of the SBCoA BRAiNS study, which follows hundreds of volunteers to explore the effects of aging on cognition.  They used a statistical method called Competing Risk Analysis to determine whether there was a connection between smoking and dementia once the competing risk of death was included.

The answer: there wasn't.

"To be clear, we are absolutely not promoting smoking in any way," said Abner, who also holds a faculty appointment in the UK College of Public Health. "We're saying that smoking doesn't appear to cause dementia in this population."