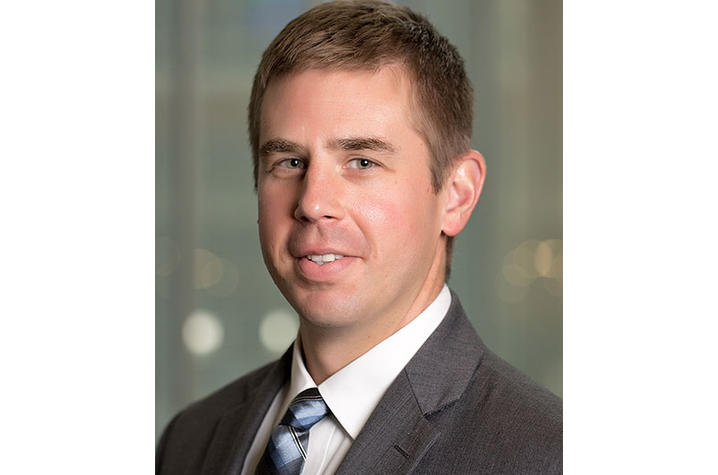 LEXINGTON, Ky. (May 20, 2019) — Whether the proliferation of Walmart supercenters is a help or a hindrance to the U.S. economy has long been a topic of debate. But according to new research from Charles Courtemanche, associate professor of economics in University of Kentucky’s Gatton College of Business and Economics, the mega-retailer seems to play a role in helping lower-income families struggling with food insecurity.

Courtemanche’s research paper, “Do Walmart Supercenters Improve Food Security?” (with co-authors Art Carden of Samford University, Xilin Zhou of Georgia State University, and Murugi Ndirangu of Columbia Global Centers in Nairobi, Kenya), will be  published in Applied Economic Perspectives and Policy. The paper also references the work of renowned poverty and food insecurity researcher, James Ziliak. In addition to serving as endowed chair and professor of microeconomics at the Gatton College, Ziliak is the founding director of UK’s Center for Poverty Research, which funded this study, and also serves as executive director of the Kentucky Federal Statistical Research Data Center at UK, which is housed within the Gatton College Building.

Despite a stronger economy, food insecurity, or not having enough food due to lack of money or other resources, is a way of life for almost one in eight Americans, according to data from the U.S. Department of Agriculture. While some areas of the country have restricted Walmart’s development on the grounds that it could impede local business, Courtemanche wanted to explore whether those restrictions had a detrimental effect on the fight against hunger. “With rates that tend to fluctuate from 10 to 15 percent, food insecurity remains a tricky challenge to population health and well-being,” he said.

Several studies have shown that the opening of a Walmart Supercenter lowers grocery prices in a market, both by selling goods at lower prices than incumbent grocers and by inducing them to reduce their prices in an effort to compete. Other studies have shown that lower food prices improve food security. Having long had research interests in both the impacts of Walmart and the determinants of dietary habits, it made sense for Courtemanche to connect the dots and explore this relationship.

Data was collected from the 2001–2012 Current Population Survey Food Security Supplements and matched to Walmart Supercenter entry dates and locations. The researchers found, via affirmative responses to a food insecurity questionnaire, that closer proximity to a Walmart Supercenter improves household and child food security. The effects are largest among low-income households and children but are also sizeable for middle-income children. When asked what was most challenging in conducting this research, Courtemanche said, “To link up Walmart’s address to individuals’ precise geographic locations, we needed the restricted-access version of the Current Population Survey, which is only available after an application and background check process, and even then, is only accessible in secure labs known as research data centers, such as the one located in the Gatton College.”

As noted in the paper, caveats to the study include the fact that it was focused only on Walmart. The authors acknowledge that other types of food retailers, such as traditional supermarkets, smaller grocery stores, convenience stores and warehouse clubs, could all influence food security in different ways.

But overall, they found that the existence of Walmart supercenters helps to alleviate food insecurity across most measures for both households and children. “When a Walmart enters a community, food security improves for nearby residents,” he said. “Specifically, every time the distance from the nearest Walmart is cut in half (such as from 10 miles to 5 miles, 4 miles to 2 miles, etc.), the rate of household food insecurity drops by 1.2 percentage points and the rate of children’s food insecurity drops by 1.4 percentage points. These represent sizeable reductions of 9 and 4 percent respectively, relative to the rates observed in our sample.”

This research certainly suggests that changes in retail technology are important elements in the evolution of public health.