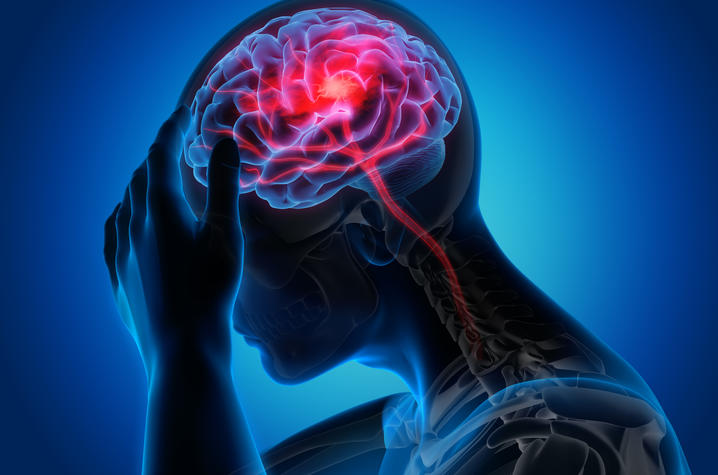 New research by the University of Kentucky's College of Medicine reveals that supplementing the body's short chain fatty acids could improve stroke recovery.

LEXINGTON, Ky. (Jan. 8, 2020) — New research shows that the microorganisms in our gut could help protect brain cells from damage caused by inflammation after a stroke.

The study, published in the Journal of Neuroscience by researchers from the Ludwig Maximilian University of Munich, University of Kentucky’s College of Medicine and University of Texas Southwestern Medical Center reveals that supplementing the body’s short chain fatty acids could improve stroke recovery.

Short chain fatty acids, which are produced by the community of bacteria that live in the gut – known collectively as the microbiome – are a key component of gut health. Although it is known that the microbiome can also influence brain health and the central nervous system, its role in stroke recovery has not yet been explored.

“There is a growing amount of evidence that inflammation can be influenced by the microbiome, and now we are learning how it affects neuroinflammation after brain injury,” says Ann Stowe, UK associate professor in the Department of Neurology and co-author of the study.

Researchers added short chain fatty acids to the drinking water of mice, and those that drank the fatty acid water experienced a better stroke recovery. The fatty acid-supplemented mice had reduced motor impairment as well as increased spine growth on the dendrites of nerve cells, which are crucial for memory structure. They also expressed more genes related to microglia, the brain’s immune cells. This relationship indicates short chain fatty acids may serve as messengers in the gut-brain connection by influencing how the brain responds to injury.

The results could be promising news for stroke patients. Currently, there are only two FDA-approved treatments for acute stroke and no effective therapeutics to promote long-term repair in the brain after stroke damage.

A short chain fatty acid dietary supplement may be a safe and practical additional therapy for stroke rehabilitation, Stowe says.

“If we can confirm that a dietary supplement could be beneficial to inflammation and recovery after stroke, it could positively impact so many lives. We have nearly 800,000 people a year in the U.S. who are affected by stroke,” said Stowe.

The Centers for Disease Control and Prevention reports that stroke is also the number one cause of adult disability and the fifth leading cause of death in the U.S.

Stowe says the research collaboration with Dr. Arthur Liesz’ group in Munich is ongoing and next steps are to focus on additional behavioral tests as well as examining some of the specific immune cell populations that are affected by short chain fatty acids.